So What If I Am a Racist? 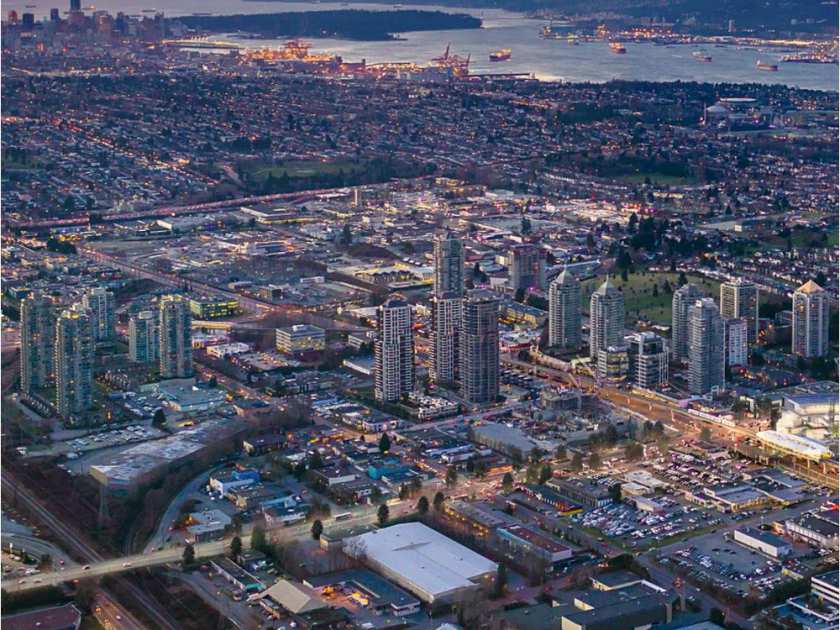 There are many in the environmental movement who have chosen to take the coward’s way out. They know that population growth plays a crucial role in environmental degradation. And they know that in the United States, Canada, Australia and the United Kingdom it is immigration which drives population growth and that it will play an even more decisive role in the future.

But they have chosen to take the Fifth Amendment. They have chosen to remain silent and look the other way, focusing instead on campaigns to reduce consumption, promote renewable technologies, greener lifestyles and sideshows to defend this or that threatened habitat, forest or species. By Mark Twain’s definition, they are liars of the silent kind. They know in their hearts that immigration-driven population growth has a profoundly negative ecological impact, but they say nothing. This is ethically equivalent to knowing that someone has planted a bomb in the subway and not saying anything to the police.

Then there are the environmentalists who not only tell the silent lie, but are determined to silence those brave enough to tell the truth. Many of them draw salaries from “green” NGOs whose primary goal is to maintain and grow their bureaucracy. Cynics can be forgiven for regarding them as essentially fund-raising tools which not only solicit donations from credulous innocents, but from corporations seeking ecological dispensation and good publicity. These organizations are case studies of Roberto Michels’ “Iron Law of Oligarchy.” Success transforms fledgling grass roots movements into organizations with salaried staff and directors with a vested interest in the financial viability of their employer. Consequently they will pursue goals to promote the maintenance and growth of the organization even when those goals run counter to the original aims of the movement. Green crusaders become money-grubbing corporate lackeys.

If this wasn’t morally reprehensible enough, some go further. They enlist the services of the Merchants of Smear, like the Southern Poverty Law Center, or the Center for New Community. Hired guns whose mission is to destroy reputations, especially the reputations of environmentalists who campaign for population stabilization.

And finally there is another category of population deniers — those who choose the path of least resistance. Those who are terrified of being found guilty of guilt-by-association. So they distance themselves from sustainable population campaigners to avoid being tarred with an ugly brush.

They do so for fear of the “R” word. Racism. A word that is seldom precisely defined, but always brandished as a weapon of fear and intimidation to shut down debate. It permanently marks the accused with a stain that can never be removed. Ask the widowed husband of the late June Callwood, a famous Canadian journalist who championed progressive causes. Unjustly smeared by an identity group, she spent the remainder of final years a broken woman. To be labeled “racist” and have it stick is professional suicide and the death knell of one’s credibility, no matter how broad and sound one’s perspective may be.

In Canada, more so than in America, Australia or Britain, such is the cult status of mass immigration that to challenge any facet of it is thought in most quarters to be intrinsically “racist.” Mass immigration and the deification of the immigrant is part of the national DNA. As we witnessed in the Republican Primary contest, political candidates love to trot out rags-to-riches, immigrant-makes good stories of how their father came to this country a humble, hard-working man of meagre means and saw his son rise to achieve the American dream. Democratic Presidential nominee candidate Bernie Sanders hit that key too. Many times.

Canadian politicians pull the same emotional string. And it works. It all lends credence to the false narrative that Canada is a nation of immigrants, that immigrants “built this country,” and must continue to build it. The idea that Canada is “over-built,” that we have exceeded our ecological carrying capacity, is inconceivable. It is not on the table — and the growth lobby, in collusion with the media cartel — is determined to keep it there. Obviously, the useful idiots of the Left are party to the plot. Conveniently forgotten is the fact that the working man or woman’s best friend is a tight labour market. But then the Left no longer is no longer the advocate of the working class, but the champion of identity groups and migrant rights. “No One is Illegal” is a slogan born to serve the corporate bottom line.

So how does racism come into the conversation? It’s like this. If you are drawing a third of a million people into your country every year and most of them are from “non-traditional” sources, then most of them — an overwhelming number of them — are going have a skin pigment other than white. Therefore, to propose any restriction, or God forbid, a moratorium on immigration for any reason, is “racist,” and the one making the proposal is a “racist” who automatically is beyond the pale of polite discussion and deserves to be consigned to oblivion. He certainly will never see the inside of a CBC studio.

Well, I’m an environmentalist and I have chosen to make a lot of noise about immigration. In doing so, as one could predict, I am just about as popular as flatulence in an elevator. I talk loudly about the ugly “I” word because I would rather be right than politically correct. I know that if we grow our population by 18% we can’t expect to cut our GHG emissions by 3%. It can’t be done. And I know that if we have covered 20% of our Class 1 farmland in sprawl with this kind of growth that we haven’t a hope of feeding ourselves if immigration rates persist and affordable oil runs out.

Greenfield acreage cannot be adequately preserved by land-use planning (ask Portland, Oregon). We have the highest growth of any G7 country and with Australia, the highest per capita immigration intake in the world. Biodiversity is on the ropes, especially in the killing zones on the perimeter of our bursting cities. It cannot coexist with the tens of millions of extra consumers that Ottawa plans to import in coming years.

In advocating an immigration moratorium, I find myself in the same predicament I did while working in a theatre in a largely Chinese Vancouver neighbourhood. The movies were often times so popular that there were more people waiting on the sidewalk to get in than there were seats available to sell to them. One of my unhappy duties was to close the door when the theatre was full.

Canada is such a theatre. It has a limited carrying capacity, not established by a fire marshal, but by ecologists and biologists who have offered educated guesses as what it might be. Now a theatre manager or owner might propose that more people be admitted off the street and be accommodated as standing-room patrons. He may even propose that newcomers sit on the laps of those already seated. Taking a cue from fake greens, he might even call it “smart growth” or “eco-density” — but his motive would be purely mercenary.

Similarly, an economist from the Royal Bank would argue that Canada could admit millions, tens of millions more, and the Real Estate Industry would echo his sentiments. Again for commercial considerations. But neither the theatre owner or nor the economist is governed by the concept of limiting factors, of carrying capacity. Just as it takes a fire marshal to impose reality on the theatre owner, it would take an ecologist or a biologist to introduce the Canadian government to the reality of biophysical limits.

One might recall when, in the face of dwindling stocks, the politicians of Newfoundland protested that the cod fishery must continue because the “economy” of the province depended on it. So the boats went out until the cod ran out. Ultimately the issue was not about what the economy of Newfoundland required, but what the cod stocks could sustain — and in this case, they obviously couldn’t sustain any more fishing. That economist from the Royal Bank, and any number of federal politicians, will protest that our “economy” requires these massive annual injections of immigrants, but our environment will simply not continue to sustain it.

At some point, we will have to establish as a nation, a population plan, an optimum population for this country. When we do, someone will have to close the theatre door. Now, I would put it to my critics, when I closed that door was I “racist” in doing so because 75% of the people left standing outside were of Chinese ancestry?

Let me ask another question, suppose I was. Suppose I closed the door for two reasons. One, because the theatre had filled its seating (carrying) capacity and for safety reasons it would be dangerous to allow more people in. And two, because I didn’t like Chinese people. Would the second reason invalidate the first reason? Should the revelation that I am a mean-spirited, nasty, hateful guy who hates children, kittens and little old ladies discredit my argument that the theatre is full?

I want to see the development of a Sustainable Population Plan for Canada, one that would factor in the variables of net migration, births over deaths and refugee quotas. The imperative would be to stay faithful to the desired population target by adjusting any of those variables up or down.

The goal would be to stop biodiversity loss and save biodiversity services. Stop the diminution of farm acreage and wildlife habitat, and meet carbon-emission targets.

But there is another reason for my opposition to hyper-immigration. The one I keep in the closet. I hate right-handed people. I hate the way they have treated me and organized the world for their convenience. Right-handed people make up 90% of the global population. By cutting back on immigration by 90% I know that most of the excluded people will be right-handed. Does this hidden agenda invalidate my previous arguments?

But such is the political culture of Canada. My “motive” for anti-immigration views warrants more scrutiny and attention than the views themselves. I could only wish that critics would take my arguments on their own merits rather than subjecting me to psychoanalysis. And I wish that the network that I pay for, the state broadcaster, the CBC, would entertain the possibility that today’s heresy might become tomorrow’s truth.