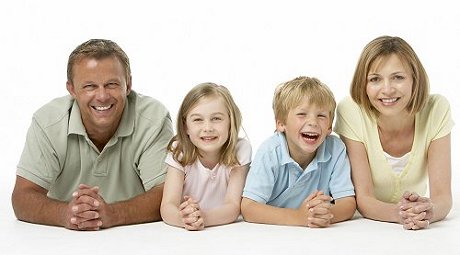 Discussing race is a dangerous, even toxic topic. Any suggestion that one race should be preferred over another is considered heresy. So let’s discuss what race really is.

It should be obvious that whatever else members of a race have in common, the basic linkage is genetic; that is, members are linked however remotely, by biology. Pointing out this distinction is now considered socially unacceptable and possibly even illegal.

And yet, if you go from the general to the particular, from the macro to the micro, the whole picture changes.

The micro version of race is the family; a father, mother and their children. They are linked very closely genetically and this produces strong personal bonds. What mother doesn’t love her children? What father doesn’t want his sons and daughters to succeed in life? Well, it’s obvious.

So why does this change when we move back up the scale? Why shouldn’t the extended members of a family want to help each other, to offer student loans, put someone up for the night or drive a relative to a hospital? Isn’t this what families do? Don’t you feel a need, indeed, a desire, to help members of your family?

Isn’t it true that when a family member dies you feel the hurt personally? Don’t you go to weddings to celebrate family and to funerals to provide comfort and support? Sure it is. So why are these same feelings wrong when expressed over the whole family in the nation? Why is it wrong for European Canadians to support and encourage other European Canadians, just as they would if they were more closely related?

How have we so upended reality and morality to turn a virtue into a vice?

While you consider that question, let’s look at the science. William Donald Hamilton is one of the most significant evolutionary theorists of the 20th Century. He argues there is a genetic basis for the existence of altruism; the fact that an individual may sacrifice itself for the good of its group. Frank Salter is an Australian academic who has popularized Hamilton’s work and expanded it, particularly in his book On Genetic Interests: Family, Ethnicity, and Humanity in an Age of Mass Migration. Salter says that groups who share a greater percentage of their genes form what he calls “ethnies,” biological populations that share feelings, ancestries, and moral obligations for the welfare of the group in times of need. Thus ethnic kinship becomes a natural extension of family kinship.

After laying the scientific groundwork for ethnic genetic interests, Salter discusses their ethical and political implications. He writes,

It is parents’ duty to care for their children. Do we have a similar duty to nurture our ethnies? … When ethnic competition is high, as is the case in competition between members of different races, failure to show ethnic loyalty is the genetic equivalent of betraying a child or a grandchild.

He argues further that “it would be prudent for a population to defend its most precious collective interest — distinctive genes carried by the ethny — with the most powerful means at its disposal.” Yet to date, “no state yet developed has reliably kept its promise as an adaptive ethnic group strategy.”

This is going to be a very hard pill to swallow for left-wing progressives and cultural Marxists because it means there is a historical, biological and genetic reason for race consciousness and that reason is that members of a race or sub-race are actually members of our own family. The dictionary is very clear what the word race means: “a group of persons related by common descent or heredity.” Racial consciousness is thus no longer a mental construct, it is demonstrably part of human biology and you know what happens when laws and good intentions come up against human biology.

Perhaps the best example of this is prohibition where millions of Americans were turned into criminals by law when they refused to stop drinking alcohol, something the body enjoys. Eventually social progressives threw in the towel and repealed prohibition in 1933 through the 21st Amendment. Race mixing, or to use the modern word for it, multiculturalism, is equally an attempt to deny human nature. It flies in the face of genetics. It is, in short, anti-scientific and will fail, perhaps spectacularly.

Love of family, community, the ethnic nation: now, that is scientific!

The next time you hear someone describe white people in a negative way, ask them if they feel the same way about their parents and children? Ask them how and where they draw a difference between their family, their relatives, and the other European Canadians in Canada? Ask them to explain how illogical, unreasonable and uncaring they are.

Ethnic nations are the only solution to world peace and prosperity. In the same way you want to live in your own home with your own family, national families should live in their own homes, their own nations. And no nation should interfere in the affairs of another, just the same as your neighbours shouldn’t tell you want to do in your own home.

This should be our goal and our guide. It’s only natural.