Second Nations: Justin Trudeau and the Fall of Anglo-Canada 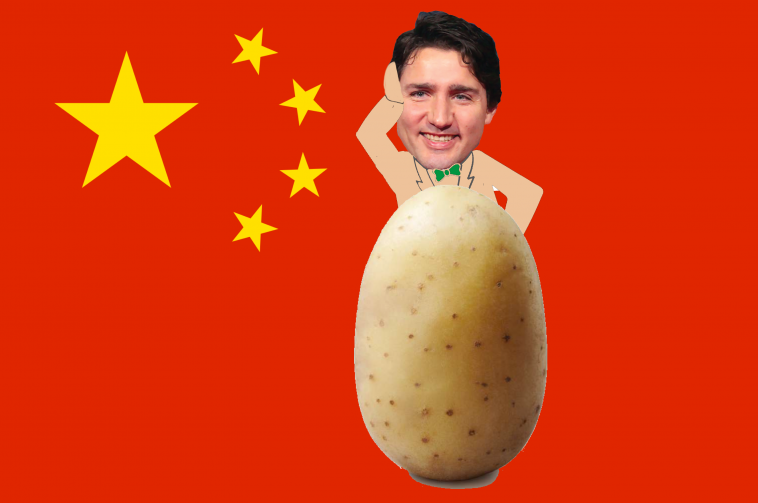 As most Canadians realize, Liberal Party leader Justin Trudeau became prime minister of our country as of October 19th, 2015. What is less understood, however, are the social ramifications of this federal election. Lost among the photo opportunities, international grandstanding and playboy showmanship is the fact that our prime minister is working an agenda to alter the destiny of our nation.

Trudeau’s ascension to his political throne marks the beginning of the end of what is commonly referred to as English Canada. It is more than obvious that Canada’s national heritage — in particular its English and French identity — is entirely irrelevant to Trudeau, his cabinet, and more than likely the entire Liberal caucus. Over the course of his first year in office, Justin has yet to reference, recognize, or even speak of Canada’s English and French cultural heritage — an ominous sign, indeed.

As we prepare to celebrate the 150th anniversary of the founding of Canada, it is likely the event will also represent the final chapter of our 150-year era of European-derived governance. First-past-the-post, a voting system of British derivation, may well go the way of the dinosaur. No referendum, no public approval — in other words, entirely representative of a brand of pseudo-democracy only a Trudeau government has the nerve to impose. The Liberal’s gender parity initiative, and no doubt its forthcoming offspring “ethnic” parity, have introduced social engineering to government. Furthermore, the result of Trudeau’s bold assertion that Canada “has no dominant culture” serves as an effective catalyst for the dissolution of Anglo-Canada. Mass third world immigration will resolve the demographic component. Multicultural policy will ensure ideological success, while rampant political correctness will muzzle those daring to oppose the agenda.

In basic terms, our prime minister has decided that “international” Canada will take it from here. That is, Justin Trudeau has decided — and not the Canadian people. Oddly enough, it was Justin’s father who in the very same manner made a decision to cancel our bi-cultural identity and replace it with official multiculturalism. No public consultation. Again, no referendum. Ironically, the very same dynamic is putting the final nail in the cultural coffin of English Canada — namely, the will of yet another maverick prime minister by the name of Trudeau.

So what of our future? We begin to gain insight when considering the Liberal government’s fervent dedication to the Nation of Islam. One billion dollars to import and fund Muslim refugees. The denial of any association between terrorism and Islam. A refusal to label the mass murder of Christians in the Middle East as genocide. The reinstatement of Canadian citizenship for convicted terrorists.

Next up, the appeasement of South Asian communities — mainly in the province of Ontario. Doubling family reunification numbers. Incessant pandering to the Sikh community. Fast-tracking first generation and migrant South Asian politicians into positions of power.

With Trudeau’s recent trip to China, the picture is now complete. In a manner not unlike a political second coming, the Chinese media have gone Lady Gaga over our global playboy of a prime minister. Six new visa offices created. Over a billion dollars worth of new business partnerships. Integration into China’s state-owned banking industry. Approvals for their government to buy up Canadian resources and real estate.

All the while, Canada’s economic vital signs have been dropping like a barometer on a frosty Nunavut morning. Within Trudeau-land, fiscal stability is inconsequential. What is far more important is that the international community have their globalist hero. Unfortunately for our country’s growing social conservative movement, heroism and Justin Trudeau remain entirely incongruous.

By way of our Liberal government, within a single generation all traditional components of Canadian society will be sublimated. Our official languages will be rendered meaningless. The poor will become the destitute, as lower income Canadians morph into an underclass previously reserved for our First Nations communities. All the while, wealthy of the third world will join rich Canadians to form a post-modern Canadian elite, as the lower and middle classes continue their downward slide toward full marginalization within Canadian society.

Sound far-fetched? We can only hope. However, history tells us it is never a prudent idea to underestimate the power of globalism in the hands of a Trudeau. This we have already witnessed in father Pierre’s reverence for debt accumulation and socialism. After all, it was no mere coincidence that Fidel Castro was a pall bearer at his funeral.

So into the great unknown Canadians go, unaware our society is in its most transformative stage since the founding of our nation in 1867. This is, however, quite understandable — between work, marriage, children, mortgages and bill payments these folks simply do not have the time to focus upon such trivialities as the demise of their national heritage.The fact that to raise even the smallest objection results in accusations of racism, bigotry and xenophobia keeps home-grown Canadians in check.

So it’s off to Tent City to assume the position of the “Second Nations” peoples of Canada. Home ownership — at least in cosmopolitain centres like Toronto and Vancouver — is now reserved for the wealthy of the world. Dozens of Canadian municipalities are today third world mini-states. Naturally, our Liberal government are accelerating the process though an uplift in immigration quotas. “Old Stock” Canada — a euphemism for White Canadians — are now the target of affirmative action — meaning they are being forced out of government positions for the heinous crime of, well, being White. In diversity-speak, this is called “equality.”

Yes, it is game over — at least for English Canada. Perhaps the greatest irony is that within a supposedly democratic nation, not a single Canadian ever had a say in the matter. Under the politically correct spin of a Trudeau government, this is what is referred to as “democracy.”