So Now THEY Want a Conversation About Immigration 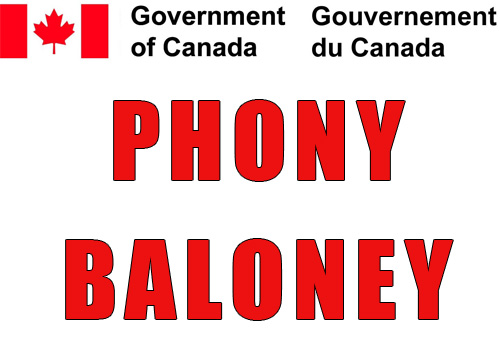 So the Government of Canada is inviting Canadians to “join the conversation on immigration”. Conversation? I think they meant “monologue”. If it was a conversation, then there would have to be an exchange of opinions and ideas. That’s a risk they can’t take. On the other hand, if they got negative feedback to their growth agenda, they could do what the CBC did to the comment section of its online articles last December. It could simply can it, “until better moderating tools” could be developed (we are still waiting for those tools).

Note the premise of this “conversation”. According to their blurb, “between July 5 and August 5, 2016 we want to hear your views on the future of immigration in Canada. How can we continue to grow our country using the immigration system?” I think that that is what is called a loaded question.

But it’s the question that all of our political parties ask, from Right to Left. Not that you can tell them apart. The incumbent Liberals, the opposition Conservatives, the social democratic NDP and the Greens all want growth. Don’t worry, as Mr. Trudeau said, we can have growth and a “healthy” environment at the same time. Again, all political parties are on board with that.

Green Party leader Elizabeth, though, has made noises about putting an end to “economic” growth. But at the same time has argued for an even higher immigration quota that we have had (350,000 per year rather than 300,000 per year). Apparently having the highest or second highest per capita immigration intake in the world isn’t good enough for our “Green” Party leader. Nor is having the highest population growth rate in the G7 group for more than a decade either. And this doesn’t even factor in all of the refugees that Ms. May would like to wave in. Apparently, for Ms. Merkel-May, the sky is the limit.

One might ask Ms. May how she can promote runaway population growth while stopping economic growth at the same time. Oh, I know, make all of us live more and more frugally and be content with a smaller and smaller and smaller slice of the pie. And we can further densify our cities too so that eventually we will all be living in $2 million shoe boxes. Move over urbanites and squeeze tighter, for there are 80 million new global citizens joining the parade each and every year, and they all have a divine right to migrate to Canada. As Hillary Clinton would say, “rather than build fences, let’s extend the table.” The possibility that soon Canada may not have enough food or resources in the ‘kitchen’ to serve all the new diners at this extended table obviously never occurred to these open borders progressives.

If the government really wants to involve ordinary Canadians in the formation of immigration policy, let it try this: Hold a Swiss-style or Brexit-style referendum on the subject. Only the question wouldn’t be how we can use the immigration system to “grow” our country but whether we want to grow it at all. Last time I looked, I noticed that after we “used” our immigration system to add 7 million more people to our population, nature didn’t add more water, energy, land or resources to keep pace with that growth. I think a lot of other people noticed the same thing too. Do you think they are happy with this kind of immigration “system”? Well there is one way to find out: put it to a vote.

If you thought that this phony ‘conversation’ about immigration was all the participatory democracy that the new regime had in store for us, think again. The Trudeau government announced that now ordinary citizens will be permitted to apply for a Senate seat.

For those unfamiliar with Canada’s brand of democracy, the Canadian Senate is an unelected body packed with party hacks essentially appointed by the Prime Minister. So rather than go for an elected Senate — or simply abolish it — the government is trying to put a better face on it by broadening the pool of potential appointees.

Well, if that is the best that the government can offer, I think I should take them up on it. I think I shall make an application on behalf of my neighbour’s horse, which if accepted, would constitute the first time that a whole horse made it to the Senate.