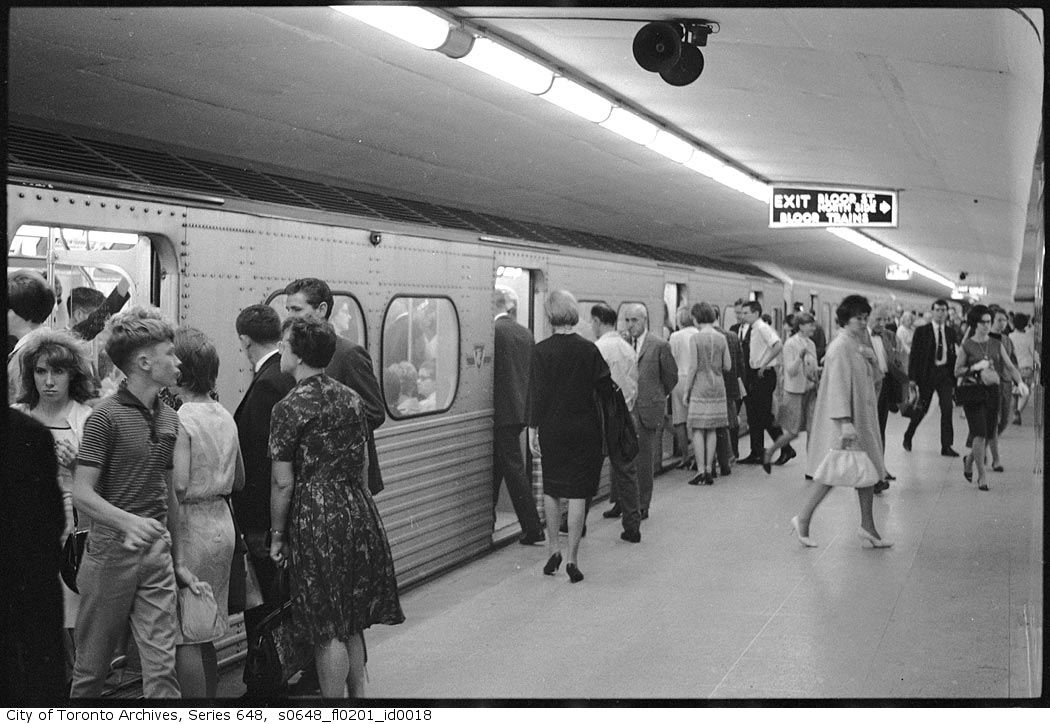 Most Canadians prior to WWII were not immigrants but descendants of families born and created as a new people in the soil of Canada. Many immigrants started to arrive after 1815, particularly in the 1830s and 1840s, and between 1895 and 1914, but the overwhelming number of these immigrants were compatriots from the British Isles, including some European whites. We have also seen that if we were to abide by the dictionary definitions of “pioneer,” “settler,” and “immigrant,” rather than the newspeak of cultural Marxists, we would have to conclude that almost all the immigrants who came to Canada prior to 1914 (and, really, prior to 1945) were pioneers and settlers, rather than immigrants.

It was only after WWII that immigrants, in the true sense of this word, began to arrive in Canada. From 1914 to 1967, nevertheless, many of the immigrants were still British, and almost all of them were White. I am designating these incomers as “immigrants,” not in a negative sense, but in the sense that they arrived to a country that was already built with British and French political institutions, values, languages, and religious traditions. These post-1945 immigrants did not settle in farmsteads or new frontiers, but inside highly modernized cities.

Clearly, while the fertility rate in English Canada started to decline around 1911-12, when women had an average of 2.7 children, though the fertility rate increased to 3.3 between 1929 and 1933, dropping again to 2.6 in 1937, we can safely say that the biggest factor in population growth was the natural birth rate of the native population. Nevertheless, we should not underestimate the high immigration numbers between 1896 and 1914, and the continuing immigration thereafter. Immigrants (i.e. born outside Canada) were a significant percentage of the total population after this period ended: about 22 percent of the population in 1921 through to 1931. Mind you, by 1941, this number had declined to 17.5 percent; still, that is not a low percentage.

However, a few other realities must be taken into consideration. First, a relatively high birth rate continued to be behind the population growth which Quebec experienced from 2 million in 1911 to 3.33 million in 1941. It has been estimated, for example, that Canadians in total had an average of 29 births per 1,000 persons in 1921, whereas Quebecers had 39 children per 1,000. Secondly, almost all the immigrants who came to Canada during this period were from Europe, with a large proportion from Britain. In 1941, 44 percent of immigrants in Canada were born in the British Isles. The population was 97.7 percent White, which is a higher proportion than in 1911, when it was 97 percent White. There were 170,241 Jews, 34,627 Chinese and 22,174 “Negroes.”

This time, J.M. Bumsted, in examining this period of immigration, does not peddle his outrageous claim that “from the very beginning, the land that became Canada was a multiracial place, the destination of a constant flow of new immigrants of varying ethnicities” (2003, p. 326). He decides instead to press the other side of his contradictory coin, namely, that “Canadian society between the wars continued to be profoundly racist” (2011, p. 339). The immigration restrictions, which had started in the early 1900s, were “further tightened.” To be sure, in 1931 an order was issued prohibiting the landing of “any immigrant of any Asiatic race,” except wives and minor children of citizens.

What Bumsted needs to say is that Canada was “from the very beginning” a country in which the Quebecois grew in a state of racial purity from the 1600s through to this period, and that the British always preferred their own and were always apprehensive about immigrants with different values and religions, including Europeans who were not sufficiently WASP. Ethnocentrism has been a natural attitude among all the peoples of the planet, and it is still an attitude normally accepted outside the West today; only in the West do we have incredibly naive and poorly educated academics who believe that before “modern racism reared its ugly head” in the nineteenth century the inhabitants of all countries were harmoniously inhabiting lands with “a veritable patchwork quilt of peoples and tongues” (Bumsted, 2003, p. 14).

It is estimated that nearly two million immigrants came from 1945 to the early 1960s. Meanwhile Canada’s population increased from 12 million in 1945 to 18.9 million in 1963. These immigrants clearly played a significant role in this demographic increase. Still, as J.M.S. Careless observes:

Immigration, however, was only partly responsible for Canada’s big population increase. It was caused as much or more by a high wartime and post-war birth-rate: Canadians were simply raising large families (p. 409).

During the baby boom generation from 1946 to 1965 the average number of children per woman was 3.7, as compared to 1937, for example, when the total fertility rate stood at 2.64 children.

Finally, there is a novelty about this period that requires mentioning if we are to fully discredit the meme that Canada is a nation of diverse immigrants. This is the first period we can truly identify as a period of immigration rather than a period of pioneering and settling. The men and women who arrived after 1945, though this applies to some immigrants coming before, were arriving to a country that was already constituted politically, culturally, and economically. Historians know this; even Bumsted says that the post-WW II “immigration was different”:

Unlike earlier arrivals, many of whom ended up on isolated farmsteads on the frontier, this population settled almost exclusively in the cities (2011, p. 428).

By 1950 Canada was close to maturity…The old simplicity of the work of forest and field had been replaced by the highly complicated patterns of modern industrial living. The typical Canadians were no longer the settlers and pioneers seeking new homes in the wilderness but farm-owners and wage earners searching for security in a country that was already built up (p. 401).

The typical immigrant was now someone looking for wage labour in a country already built. This difference is substantial, which is why all dictionaries distinguish between the words “pioneer,” “settler,” and “immigrant.” Cultural Marxists have willfully confounded these terms in order to make Canadians with a long ancestry in Canada, descendants of pioneers and settlers, believe that the immigration patterns we are witnessing today are a natural progression from the past. We will see in a our next article that the immigrants of today are not even a natural progression with the immigrants that came between 1945 and 1967. There is a substantial difference between the White immigrants that came during this period and the Third World immigrants that are coming since multiculturalism was enacted in 1971. The immigrants of today are best seen as ideological pawns in a grand program to bring an end to the White racial character of Canada, and the West at large.