Multiculturalism — An Idol of Our Time 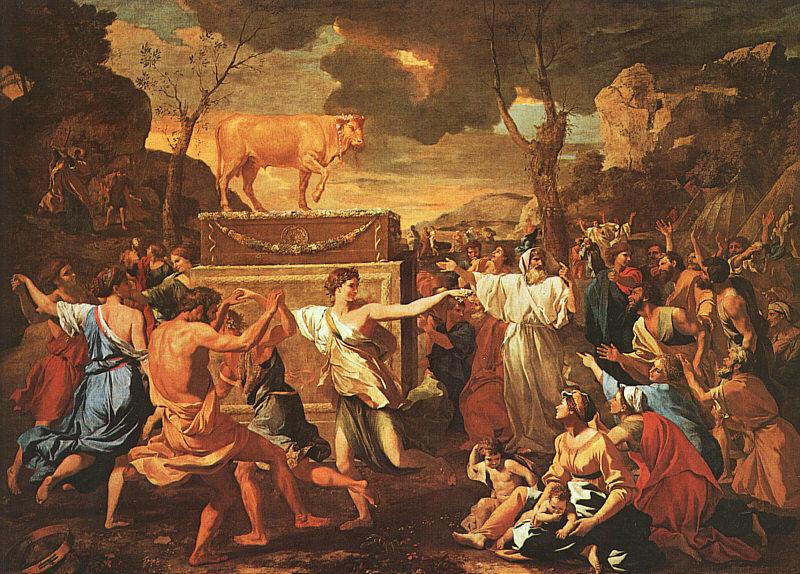 As an ordained Christian minister and research theologian, I look upon multiculturalism (i.e. as a birth-child of cultural Marxism) not simply as a false and destructive, or pathological and suicidal, “ideology”, to which the empirical-sociological evidence is overwhelmingly pointing, but also as a modern-pagan form of idolatry that attempts to, arrogantly and rebelliously, “re-create” human nature and reality in its own image.

More specifically, I view multiculturalism, to use the words of Dr. Bob Goudzwaard, in his book, Idols of Our Time, as an “idolatry of means”. That is, an “idolatry of means” as a creation of the (fallen) human imagination in the service of a “universal” religion of Man or a “universal” cult of Self. And, where this universal or secular (i.e. this worldly) religion of Man has actually replaced transcendent Christianity, as the new de facto religion, in the West, within a historic movement or paradigm shift from God to Man, Revelation to Reason, Theology to Natural Science.

In his book, Political Theology, Carl Schmitt describes this paradigm shift in the context of three political “epochs” in European-American history:

That is, as a sociological-historical-political movement, in Western thought and culture, whereby God is originally or historically perceived as the Supreme Sovereign and Lawmaker, both in heaven and on earth (i.e. through his vice-regent or anointed Christian monarch), to where God becomes merely the Transcendent Sovereign Lawmaker, and not the Imminent Sovereign Lawmaker, under Deism (e.g. American Republicanism) to finally where Man alone now becomes the Supreme Sovereign or Lawmaker (as God) on earth, in and through the democratic state, with absolutely no need to reference, whatsoever, the transcendent or metaphysical ground of law.

Thus, Man as Supreme Sovereign or Divine Lawmaker finds its unique or particular expression, in Canada, in the Charter of Rights and Freedoms. And, likewise, it finds its universal expression in the United Nations Declaration of Human Rights, as the universal Constitution (or Fundamental Law) both divinely and sovereignly created by and for Humanity alone.

Furthermore, Schmitt convincingly argues that all significant concepts of the modern state are nothing more than “secularized theological concepts”, since the one and the selfsame nature of Man is both political and religious and, therefore, cannot be separated. In other words, it is impossible for politics not to be theological and vice versa for theology not to be political. As such, the state will have a religion (whether it be transcendent or immanent) at some point. The only question is, what that religion is.

The “Spirit” of Multiculturalism as Symptom of a New Dark Age

In looking at such a major-paradigm shift in the political-religious winds, in the West, I would contend that multiculturalism, as a self-destructive idol of our time, that both serves and expresses a new and false universal religion of Man, as the divination of the Self, and which is embodied in the Canadian Charter of Rights and Freedoms, and also which is embodied in the United Nations Declaration of Human Rights (i.e. as a universal “Statement of Faith”), is the result of the historical unfolding of the “spirit” of paganism rising up, once again. More specifically, I mean, the “spirit” of paganism as the worship or veneration of the Creation and/or some aspect of the Creation. And, which is uniquely found or manifested within the religious-based scientism and veneration of philosophical naturalism, as the reigning religious philosophy in the West, which naturally is concurrent with its political exaltation of Man as the sole-divine sovereign.

Thus, or from a Christian-theistic perspective, it is only the transcendent or historic “spirit” of religion in the West (i.e. Christianity) that is able to resist or fight against it, for the simple reason that the “spirit” of multiculturalism is the “spirit” of paganism rising up, once again, in and through the “spirit” of cultural Marxism and globalism. In other words, or to put it rather starkly, we are returning to the dark ages or to a new dark age. Unfortunately, the once bright and cultural light of Christianity is growing very dim. Hopefully, it can be rekindled before it is too late.

The Multiplicity of “isms”

Ever since the Reformation, Henry VIII, the Enlightenment, the American-French Revolutions, the democratization of Christianity etc., the Church militant has had to fight against much more than the spirit of multiculturalism, to say the least. The multiplicity of “isms” (or rather “spirits”) that the contemporary Church is fighting against, besides cultural Marxism and its handmaiden of multiculturalism, both from within and from without, is astounding! Secularism, hedonism, consumerism, positivism, materialism, scientism, globalism, philosophical naturalism, radical individualism, radical egalitarianism, radical feminism, and the Church’s age old nemesis, on the rise, once again, Islamism, to name but a few.

The “militant” or “visible” dimension of the Church reminds me, as one old-time preacher once said, of Noah’s Ark: sometimes it stinks really bad! However, for Christians, at least, it’s the only thing (most happily) floating. Accordingly, I still have a measure of hope that the undercurrent of Christianity is still strong enough that its redemptive “spirit” can, once again, be revived in the West. Though, it is an uphill battle!

Finally, or from a biblical-theological perspective, the concept of race, language and nationhood is not essentially a “social construct”, which can be reconstructed at will, but rather a divinely created-ontological reality that stands under the determination of the eternal creative Word of God as creative act.

More specifically, or from a Biblical Psychology perspective, the very nature of race itself is rooted and grounded, outside the physical-material universe of cause and effect relations, in the “soul” of DNA as a “micro” creative-evolutionary development over time. That is, as the “form” of the body. Or, the “form” of the body as dual elements of “spirit” and “matter” mysteriously and wondrously conjoined together (Gen. 2:7) in a profoundly deep and wholistic-interactive dualism that forms a single, human, racial-nature in this life.

Multiculturalism, therefore, as an idol of our time, seeks to rebelliously “uncreate” this human-racial creative act and divine determination by, foolishly and destructively, attempting to return to a “primitive state” of Man where there was supposedly no “alienation” due to race, language and nationhood. I believe Dr. Bob Goudzwaard’s thoughts on this matter says it all:

Enlightened reason, which would decide what was good and evil for humanity, replaced God…The redefinition of norms is what characterizes an ideology. Ideology turns all existing norms into coworkers instead of opponents. It defines goodness, truth, justice and love as that which serves the end. In its original sense, therefore, ideology has everything to do with religion. It is religion’s substitute. Ideology says: ‘As God I create my own norms and values. I say what will benefit humanity. And I allow no god above or power below to make any other law.’ Ideology is an attempt at the re-creation of life with the material of a new source of meaning. Its origin therefore lies in the demonic. (Idols of Our Time, p. 18).