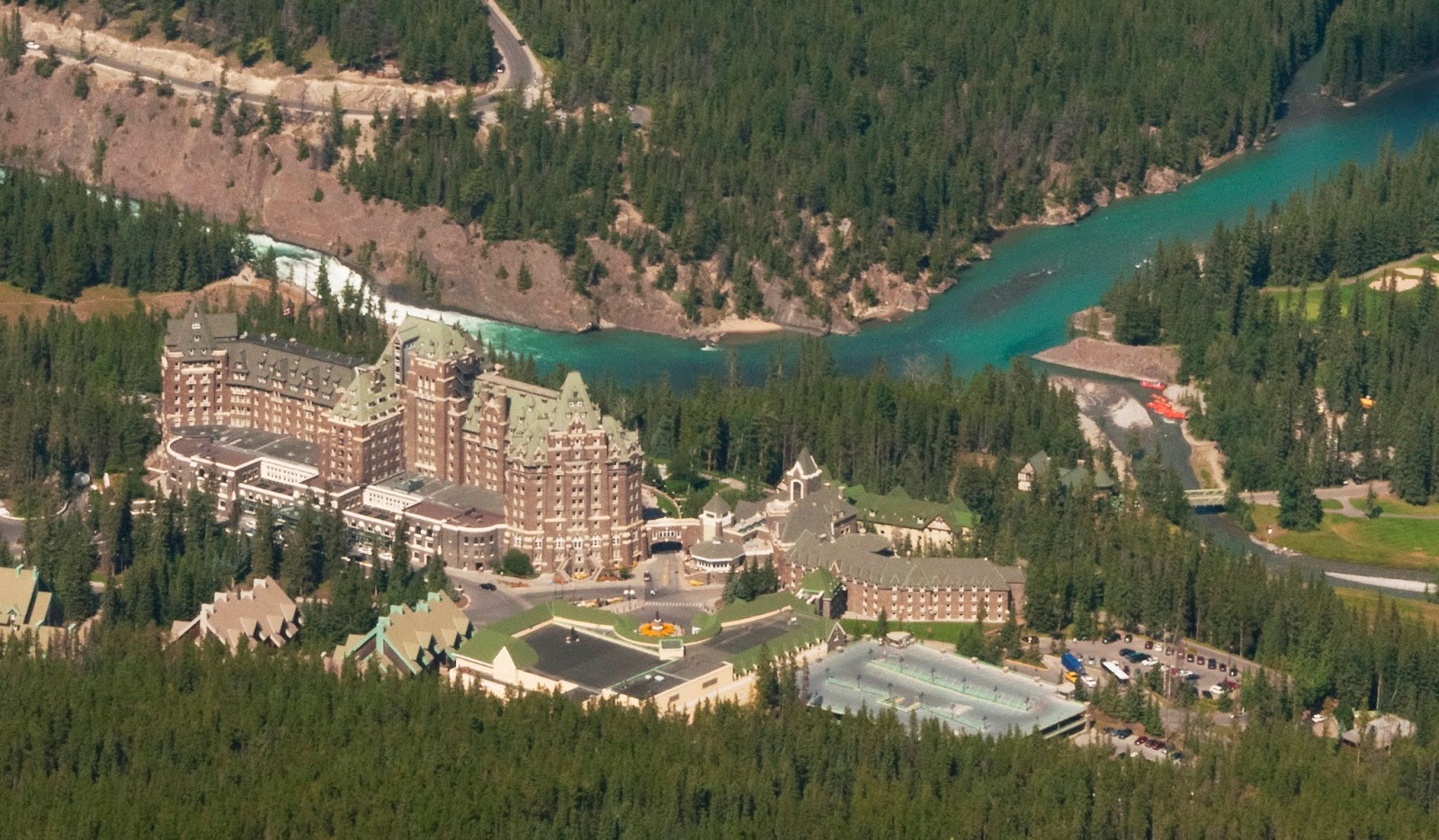 Ever since the ancient grass-topped homes constructed by the Vikings at L’Anse Aux Meadows in Newfoundland sometime around 1000 AD, Canada has had a glorious and noteworthy history of European architecture. One of the ways in which a society defines itself is through its architecture, and there are many examples of this across our vast nation. As a European diaspora nation which has historically kept its cultural ties to Europe perhaps a bit closer than the USA, Australia, or New Zealand have done, Canada has many great examples of historic European-style architecture, often adding its own northerly Canadian style into the mix.

The most noteworthy province in Canada for historic European-style architecture is definitely Quebec. I often tell visitors to Canada that Quebec City is “more European than Europe itself”, and that it should be a must-see on any excursion to the great white north. In terms of being northern and white, Quebec City is indeed more European than most of Europe — according to the nationwide 2011 National Household Survey, the Quebec City metropolitan area is 94% of European descent, with almost half of the remainder composed of aboriginal people. This means that non-European immigrants compose only 3% of the population, an astoundingly low number by the standards of any major city in a Western country.

Quebec City’s Europeanness, however, can be seen not only in the white faces of its people, but also in its quaint European architecture. Exuding a style that appears baroque French, reminiscent of the old country, Quebec City gives off exactly the veneer you’d expect of it — a city that is French in character, but with a more cold and northern feel (even though, technically speaking, much of France, including Paris itself, is actually further north than Quebec City). The city perhaps shows its character best during the icy months of winter, with snow-topped roofs and grey-stoned buildings giving off a beautiful chilly allure.

The second-best city in Canada for historic architecture is Montreal, with a similar grey-hued brick aesthetic to Quebec City albeit with a 19th-century large city vibe rather than Quebec City’s older and smaller appearance. Much of the architecture we see in Montreal today was designed by Anglo architects, and there is a distinctive mix of Anglo and Franco styles in the historic core of Old Montreal.

Not only in Quebec, but all across the country, you can see grand European architecture in the grand railway hotels, the provincial legislature buildings, the cathedrals, and the universities. There are also some small towns in Ontario that give off a quaint vibe with their 19th-century architecture reminiscent of the British Isles, such as Fergus, Elora, and Niagara-on-the-Lake, as well as in the downtown areas of Stratford, Guelph, and Cambridge. There are also Atlantic Canadian towns such as St. John’s, Newfoundland and Lunenburg, Nova Scotia, which give off a quaint Maritime vibe, with old 19th-century buildings covered in colorful wood siding.

The grand railway hotels that I referred to were constructed in the late 19th and early 20th century by Canadian railway companies, corresponding with the construction of the railways that united our nation from coast to coast. These hotels were typically built near the train stations and were meant to serve passengers. They were built in a distinctly Canadian style known as “railway gothic”, with an architectural style inspired by the chateaus of France but with a certain rustic and northern Canadian essence, evocative of an oversized wilderness lodge. Examples of hotels built in the railway gothic style include the Chateau Frontenac in Quebec City, Place Viger in Montreal, Chateau Laurier in Ottawa, Banff Springs Hotel in Banff, and The Empress in Victoria, amongst many others. In addition to these hotels, neo-gothic architecture has been a prominent influence on other major buildings in Canada such as the Parliament Buildings and various university buildings, to the extent that the neo-gothic style has come to be associated with Canada.

The architecture we cherish has come under threat from the twin forces of modernism and multiculturalism. Modernism has destroyed much of Canada’s Victorian-era urban architecture in particular, although toward the end of the twentieth century, a more preservationist attitude has thankfully been adopted by the powers-that- be. Multiculturalism doesn’t yet threaten our oldest and most cherished buildings, thanks to historical preservation laws, but it does however threaten some of our relatively newer — but still aesthetically European — domiciles. By that, I refer to the sorts of leafy and idyllic older neighborhoods of detached homes in cities like Toronto, Montreal, and Vancouver.

There is an unmistakeable charm that older suburban and low-density inner city neighborhoods have, which is sorely lacking in the more modern constructions, particularly the soulless glass-and- metal eyesore houses that stick out like a sore thumb in every neighbourhood that has the displeasure of having one built in their midst. A combination of unchecked population growth resulting in the destruction of houses in favor of condominiums or townhomes, as well as wealthy foreigners replacing older homes with unsightly postmodern monstrosities, is threatening many of these quaint neighborhoods such as Shaughnessy in Vancouver. Many of these foreigners are wealthy speculators and investors who don’t even inhabit the homes, and wait for the property to accumulate value.

This practice is especially common amongst wealthy Chinese investors in the Vancouver area — a practice which can also be seen in their own home country with all the “ghost cities” littering the smoggy Chinese horizon nowadays. This practice has contributed toward the absurd rise in Vancouver housing prices, which has made the city increasingly unaffordable for anyone except the Chinese multi-millionaire investors themselves.

The architectural character of the neighborhood is gradually eroded away, along with the demographic and cultural character accompanying it. In Shaughnessy, in response to public outcry, a moratorium has been placed on the demolition of pre-1940s homes, but many homes built afterwards are still vulnerable. It has gotten to the point where dozens of neighborhood residents held a protest this February against the demolition of a 20-year- old home, decrying the increased proliferation of empty mansions built by Chinese investors and holding up signs saying “enough is enough”.

But these are just the immediate, short-term risks. The long term could be much bleaker, if our nation’s current multicultural trajectory continues. If people with the fanatically destructive mentality of ISIS, or with the cold and calculating economically-driven mentality of China, which thinks nothing of demolishing its own centuries-old historic towns let alone those of a foreign nation, take the reins in Canada as a voting majority, then all bets are off as to what could happen to even our oldest historical properties.