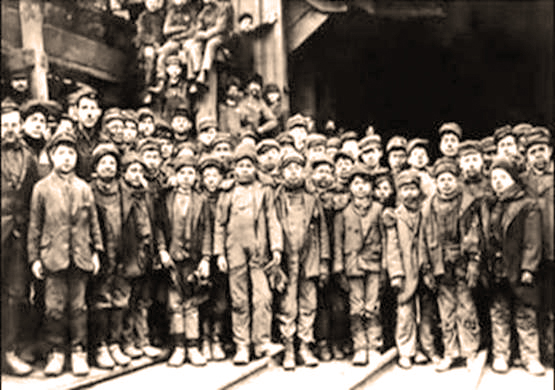 It was in the period from 1815 to 1867 that Canada finally saw “large scale immigration” when an estimated 1 million immigrants arrived. This scale of immigration did play a significant role in the “phenomenal growth in population” witnessed during this period, from 600,000 to more than 3.5 million inhabitants. However, outside Quebec, Canada was Anglicized, not diversified; and, inside Quebec, immigration had no impact.

Two key points must be made about this first period of large scale immigration to Canada.

The foremost current historian of Canada, J.M. Bumsted, says that it did. In complete subservience to the mandated idea that Canada must be identified as an immigrant nation of “diverse peoples”, Bumsted interprets immigration between 1815 and 1867 as an experience that reinforced the diversification of Canada. He argues that the immigrants who came from the British Isles did not come from a “homogeneous anglophone group of people”. Britain was a nation of diverse dialects, religions, and historic minorities, and this was manifested in the people who emigrated from the Isles to Canada.

Through this period of immigration, he observes, there was a strong Irish presence, ranging from 30 to 70 per cent of the total number of arrivals, many speaking “the Irish tongue”, and, after the mid-1840s, “huge numbers of Catholics” were included among these Irish immigrants. There were also Scottish immigrants, amounting to 10-15 percent of the total throughout this period, almost all of them speaking Gaelic as a first language. Immigrants also originated from other “dialects and linguistic variants” and “distinctive regions” within England proper and “distinctive peoples in Wales” (p. 134).

Bumsted wants to imprint upon students the idea that this internal-English diversity was in line with the diversity Canada is currently experiencing, when peoples of very different races, totally different religions, and cultures are arriving in the millions. But one has to wonder if he believes, then, that all European nations, not just Canada, were uniquely diverse from the beginning insofar as they were not “homogeneous” but were populated by people with different dialects, regional customs and folkways, which was surely the case before the standardization of national languages and the full integration of regions through modern communications?

Take France, for example, late into the 1800s, regional dialects such as Breton, Gascon, Basque, Catalan, Flemish, Alsatian, and Corsican, prevailed across the nation, notwithstanding France’s reputation as a nation centralized since the absolutist days of Louis XIV or the French Revolution. Different folkways, heroes, provincial loyalties superseded any notion of a homogeneous nation before 1900. Are we to conclude that France was also uniquely multicultural (and immigrant) from its origins?

Bumsted does not ponder over these questions. All academics are for diversity, and diversity academics avoid any question that threatens their mirages. The goal is to push the claim that Canada’s was “uniquely diverse” from “its origins” in order to trick white students into accepting their eventual dispossession.

Yet the rationale underlying Bumsted’s argument about England’s inherent diversity is now standard fare among the promoters of immigration in both the settlers nations of America and Australia and the nations of Europe at large. Deceptive academics and politicians are exploiting the presence of different dialects, ethnic minorities, and different Christian denominations in the past to push onto unsuspecting students the notion that these nations have always been diversely shaped by migratory waves of peoples from all over the world. The sudden arrival of millions of Muslims and Africans to England, France, Italy, Sweden…is nothing to be alarmed about, so they tell naive white girls; it is consistent with the ethnic histories of these nations.

In the same chapter Bumsted deals with this large scale immigration, there is a concluding box with the subheading “How History Has Changed” (p. 163), in which students are informed that one of the most important changes in the writing of Canada’s history is the detailed research historians now give to immigration. Right. A few decades ago, before the 1970s, historians wrote about immigration as one factor among many others without losing track of the inescapable reality that Canada was founded by the French and English.

Bumsted tries to create the impression that due to “recent research” we can’t “assume” any longer that these English immigrants came from a “homogeneous” Britain, as if the Welsh, Irish, Scots, and Brits were unaware of their differences, and as if anyone has ever said that the British Isles were not diverse in dialects, regional identities, and religions. What new research is revealing, actually, which the academic world is hiding from students, is that all these groups from the Isles have a common genetic background. The genetic make up of Britain has barely changed in the last 1400 years; its ancestral people consisted basically of different Celtic populations and Anglo-Saxons, with a bit of Viking blood. There is no genetic similarity between this ancestral population and the immigrants arriving in the millions now. The “large scale immigration” between 1815 and 1867 (really up to 1850) did not reinforce Canada’s diversity, but instead ensured the Anglicization of Canada, the further development of British forms of government. One of the important historical happenings of this period was the emergence of “responsible government. First, in 1830, Canada saw an executive that was responsible to an elected legislative assembly, with laws and taxes levied through the support of the elected assembly; and then, by 1848, an executive that was governed by the leader of the party that held a majority in the elected legislative assembly, a leader who would also choose the members of the executive council or cabinet from the elected assembly.

While the French continued to increase as homogeneous as ever, reaching over 1 million by the 1860s, the rest of Canada, concentrated in Upper Canada became more Anglo, in the strong racial sense, notwithstanding the secondary differences between the Scots, Irish, and Brits. (We will see in my next article the same Anglicization in the Maritimes).

To this French-Anglo racial stock was added a strong dose of Germanic blood, as thousands of Germans also arrived in this period, so that by 1871 about 203,000 persons in Canada were identified as German in origin, 6 percent of the population. Meanwhile, the combined number of blacks, Aboriginals, and Asians amounted to less than 2 percent, declining in relative numbers, and thus demonstrating that Canada’s first large scale immigration made the country Whiter and more British, rather than more diverse.

These are the plain facts.