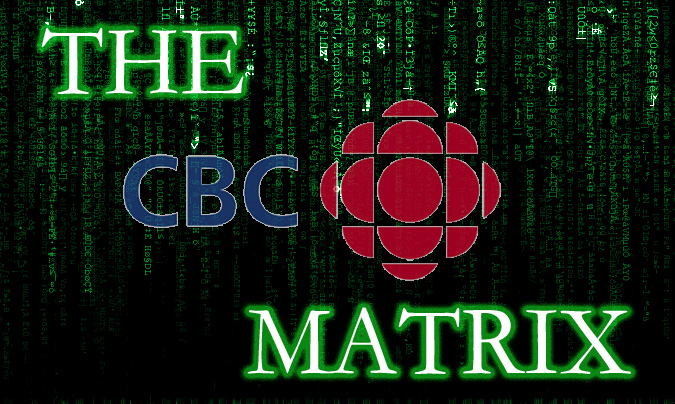 Effective propaganda consists not so much in spinning the news, but choosing it. Choosing what is newsworthy, and what to exclude — the Lückenpresse, “Gaps Press”, as the sorely afflicted Germans have recently come to call it. At best consumers are fed a half-truth, with the other half left out. Thus the credulous dupes who rely on state broadcasters like the CBC, the BBC and the ABC subsist on a meager diet of lies and omissions — pseudo-intellectual junk food that leaves their brains chronically malnourished. As such, they cannot comprehend reality because they have never been introduced to it, while lacking the ambition, diligence and skepticism required to search for alternative information sources. They wear their misconceptions like a comfortable shoe, and are disinclined to get out of it. They are the “Friends of the CBC”.

If you live in the CBC matrix, you are living in a bubble that will soon be pricked by reality. A reality that even the CBC cannot hold at bay. Your trusted information gatekeepers will not be able to stop the truth from busting through and overwhelming you. The shock will render you bewildered and paralytic. You will not be able to make sense of what has befallen you, much in the way that the establishment media pundits are dumbfounded by Trump’s success. How could this happen?

If you live in the CBC matrix, you are going to get a rude awakening. You have been living in a hot house environment that is about to be breeched, and leaving you to stand helpless before the cold draft of politically incorrect facts. Leftist Group-Think will die of exposure.

It is at that point that you will realize that the “Lückenpresse” has let you down. CBC Pravda did not tell you the truth, the whole truth, and nothing but the truth.

Panic will set in. You will suddenly understand that you are alone, left to your own devices. You will have to start thinking for yourself. God forbid.