Terminating an Identity: Liberalism and the Anglo-Canadian Community 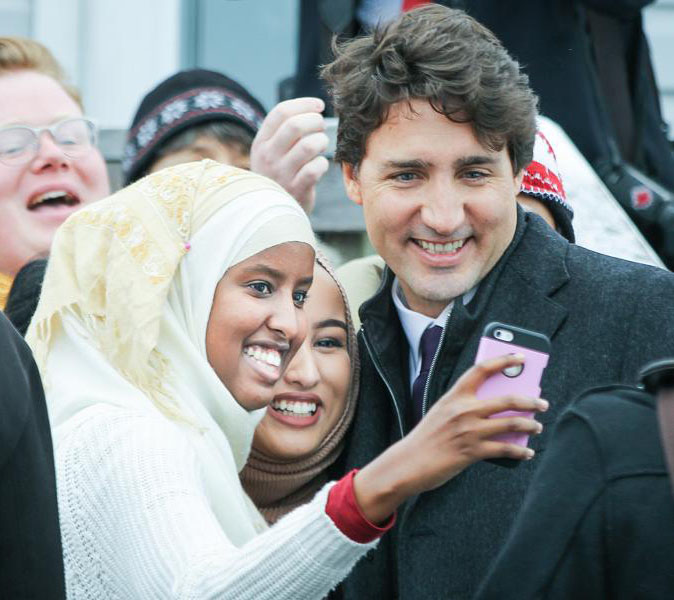 For as long as nations have existed, so too have wars between nations. Additionally, battles within nations — commonly referred to as civil wars — have resulted in the demise of many countries throughout history.

In the modern era, however, a new category of war has begun to emerge. These battles are not fought with guns or tanks, nor do they employ other traditional elements of warfare.

They do, however, involve a calculated plan of attack. Unlike traditional warfare, these attacks do not target human beings, but rather a nation’s cultural and social foundations. Equally disconcerting is the fact that the perpetrators are often those holding high level political positions within these countries.

Among western nations, it is arguable Canada exemplifies this phenomenon in its most extreme form. Not that countries such as the United States, Germany and Britain are exempt from a similar fate. The difference lies in the vehemence by which our current Liberal government support an anti-nationalist agenda, as well as the degree to which government legislation insulates this agenda from public non-conformity.

By all accounts, the leader of the battle is Liberal Prime Minister Justin Trudeau. By stating early in his tenure that Canada has “no core identity” and “no mainstream”, Trudeau has effectively opened the door to the demise of our national heritage. In fact, behind all the superficialities of Trudeau’s “sunny ways” style of leadership lies an agenda of a most insidious nature.

Justin Trudeau and the Liberal government do not work on behalf of “old stock” Canada — a term intended to characterize second generation Canadian-born citizens, and beyond. In fact, the Liberals do not work for English Canada, French Canada, or any other traditional community within our borders. Truly, the signs are everywhere. Affirmative action in government. Affirmative action in the workplace. The rise of ethnic enclaves and migrant community “identity” politics. The Chinese Head Tax Redress and the Komagata Maru incident. Never mind the fact these century-old events are devoid of historical context — Canada’s multicultural movement wants its “pound of flesh”, and no incidentals such as historical truth shall stand in the way.

As a result, our Anglo-Canadian community are getting it from all sides. Held responsible for historical injustices which occurred before they were born, our diversity lobby has rendered Canadians of European heritage oppressors of all non-White communities. Lacking an established identity or political solidarity, these traditional communities are being relegated to the sidelines of society, and our current government is leading the charge.

It is indeed a most curious phenomenon. Many of the political perpetrators are themselves Canadians of European origin. Together with liberal bureaucrats, university academics, civil rights lawyers and multicultural organizations, a formidable anti-nationalist political force is working to reimagine our country in an unprecedented manner. Among their goals is the desire for present-day English Canada to pay the price for the so-called injustices of those who came before them.

Amongst the weaponry we find something few Canadians would ever have anticipated — a government-funded program to integrate the nation of Islam into our society. Here we find commonality with the United States, Germany and various other European nations. Despite myriad evidence of social incompatibility and violence at the hands of Islamic militants, Barack Obama, Angela Merkel and Justin Trudeau all promote the integration of Islam into their respective nations. When citizens voice their concerns, they are labelled bigots and racists.

For Anglo-Canadians, the results are potentially catastrophic. Liberal political ideology is attacking its own kind. The Christian faith is being eroded by political correctness. English Canada is under assault by way of a powerful diversity lobby. A liberal-oriented media continue to play along, refusing to explain why the Liberals focus exclusively upon Muslim refugees while Middle Eastern Christians are presently being mass murdered by Islamic extremists.

Incredible as it may seem, these developments make Prime Minister Trudeau a happy man. His vision for our future does not include Anglo-Canadians, or if it does, he certainly has no qualms about English Canada going the way of the dinosaur. These communities are not a “growth market” for the Liberal government. For Trudeau, the future lies in the development of what may be termed “Third World” Canada — and the millions of new immigrant voters he sees as a ticket to securing a Liberal government for all time.

To achieve this goal, Trudeau is elevating our Third World migrant communities over and above English and French Canadians. Cabinet and Senate appointments are filled with diversity pundits. Previous legislation designed to protect our country from terrorism is being dismantled. Official language aptitude for citizenship is no longer a requirement. Citizenship for convicted terrorists has been reinstated. All the while, our media continues to depict Trudeau as a virtuous ambassador working for the benefit of all humanity. The fact that he works for all humanity with the exception of Anglo-Canadians has conveniently eluded their narrative.

Under the Trudeau government, Canada is no longer a nation with a common past or cohesive identity. In fact, under Trudeau, Canada is no longer a country in the traditional sense of the word. Rather, it is has become an international hotel for those rich enough to buy their way in, or poor enough to qualify for welfare payments as refugees. As for our Anglo-Canadian middle class — the largest community within our nation — it seems it would be just fine by Justin Trudeau if they packed their bags and found accommodations elsewhere.