An Open Letter to the Sierra Club Canada 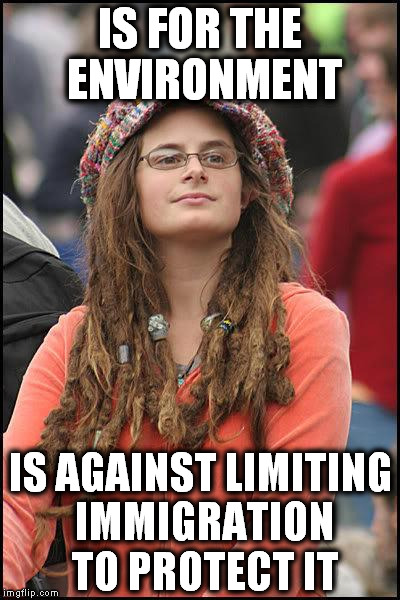 The following is my reply to one “Diane Beckett” of the Sierra Club Foundation of Canada, who on this year’s Earth Day essentially urged me to drop everything and “make my mark” by signing a pledge to “push Canada towards a new, strong, and bold climate strategy”. “The time to step up is NOW”, she enjoined.

This morning, on the occasion of Earth Day, you sent me an email on behalf of the Sierra Club Foundation of Canada. It was essentially a plea to encourage me to sign a pledge to promote what your organization regards a potent and novel approach to address climate change.

Since you asked that I support this initiative immediately, I thought your message warranted an immediate response. I wanted to do just that, but I was initially inhibited by the probability that you will not bother to reply. So I will ask you straight up.

Do you receive replies to these emails? Do you acknowledge them or reply to them? If you don’t you are a typical Sierra Club official and a suitable candidate for the leadership of the Green Party of Canada, or indeed of any of the political parties in Ottawa.

If you do occasionally reply to recipients who take issue with your emails, then please reply to this one. I have spent 9 years trying — and failing — to, as you put it, leave my “mark” by pushing the Sierra Club to a “new, bold, strong climate strategy”. What’s that? Quite simple. Work to change the federal government’s 25-year-long policy of hyper-immigration. A policy that has raised immigration intakes to stratospheric heights without any reasons that have not been debunked by a myriad of studies.

Can we add immigrant numbers the equivalent of Toronto to our national population every decade without a negative ecological impact?

Why train your guns on mass immigration policy? Because mass immigration has a profoundly negative ecological impact on this country, and the world at large. Mass immigration is an ecological issue of utmost importance — and urgency. Something that David Suzuki publicly confided a few years ago, and a position that has long been shared by Captain Paul Watson of the Sea Shepherd Conservation Society. But, strangely, not the Sierra Club. Which leads one to ask:

Would the Sierra Club, like the Green Party of Canada, seriously have Canadians believe that we can add a Toronto to our national population every decade without negative ecological impacts? Would the Sierra Club and the Green Party have Canadians believe that we can “decouple” economic growth — which is a function of per capita consumption and population growth — from environmental degradation? Apparently so.

It has been a quarter-century since the Kyoto accord was signed, coincidentally the same year that Canada’s immigration quota went into hyper-drive. In that time, we’ve added another 8 million people. I think we should appreciate that while we add population, nature won’t add more water, energy, land or resources. For some esoteric reason, many Canadians think nothing about the sobering reality that at our current rate our national population level will soon reach 40 or 50 million consumers.

Growth-o-holics, big corporations and developers can be forgiven for applauding that prospect, but not environmentalists. Not the Sierra Club. Not Elizabeth May. And not mayors like Vancouver’s Gregor Robertson, who vow to make Vancouver the world’s “greenest” city while laying out the welcome mat for more and more newcomers. Kind of like a man who promises to lose weight and consume a litre of ice cream every day at the same.

If you surprise me by responding to my comments, please mull over the quotations below, which more or less summarize my views. And please be the exception to the rule. Employ your own brain rather than falling back on the Sierra Club “Party Line”, or referring me to a section of the Sierra Club policy book, which I am too familiar with. A section which, with all due respect, consists of utter nonsense and meaningless platitudes.

I could provide you with a more extensive list, but this one should suffice to make my point. I have reserved the best for the last. Pay particular attention to it, because it is blatantly appropriate now, on Earth Day. Why? Because the words were uttered by the founder of Earth Day, the former Democratic Senator of Wisconsin, Gaylord Nelson.

If we had the population level that we did in 1750, we could use any energy source we like.

John Meyer, founder of ZPG Canada and head of Canadians For Sustainability:

Mass immigration-driven population growth since 1991, when the Kyoto Agreement was signed, has contributed twice as much GHG emissions in Canada as the Alberta Tars Sands Project.

On average, each immigrant, upon arrival to the United States, quadruples his GHG emissions.

Each immigrant or newborn added to the population of the UK wipes out 85 years of responsible recycling by any British citizen.

What is the sense of cutting our per capita energy use in half if we double the population?

The focus on per capita consumption is meaningless without taking into account the number of ‘capitas’.

Murtagh-Schlax study, the University of Oregon:

By having two children, an American couple negates the gains of six major “green lifestyle” changes, like using a bicycle instead of a car, switching to CFL lights, recycling and conserving etc., BY A FACTOR OF 40.

The raging monster upon the land is population growth. In its presence, sustainability is but a fragile theoretical construct. To say, as many do, that the difficulties of nations are not due to people but to poor ideology or land-use management is sophistic.

David Brower, Nobel Peace Prize nominee, former Executive Director of the Sierra Club USA, in his message of resignation from the Sierra Club board of directors before his death:

Overpopulation is perhaps the biggest problem facing us, and immigration is part of the problem. It has to be addressed.

The bigger the population gets, the more serious the problems become…We have to address the population issue. The United Nations, with the U.S. supporting it, took the position in Cairo in 1994 that every country was responsible for stabilizing its own population. It can be done. But in this country, it’s phony to say “I’m for the environment but not for limiting immigration”.

One final question, Ms. Beckett. Do you know what “IPAT” means? You don’t? Then that speaks volumes about the ecological ignorance of the Sierra Club of Canada and Big Green Inc. The “IPAT” equation is the foundational formula of the environmental movement, developed by Dr. Paul Ehrlich and President Obama’s science advisor, Dr. John Holdren way back in 1972.
“IPAT” means this:

If you take the “P” out of the equation, as mainstream environmental leaders have, then you render any comprehensive ecological understanding of our dire predicament impossible.

And if you don’t understand that the policy of mass immigration accounts for roughly 70% of Canada’s population growth, a percentage that promises to increase, then you don’t know what drives population growth, and you can’t solve the problem. You can’t understand that mass immigration exerts an upward pressure on GHG emissions, which accelerates the timetable of our global demise. No credible climate strategy can exclude our immigration policy as a consideration.