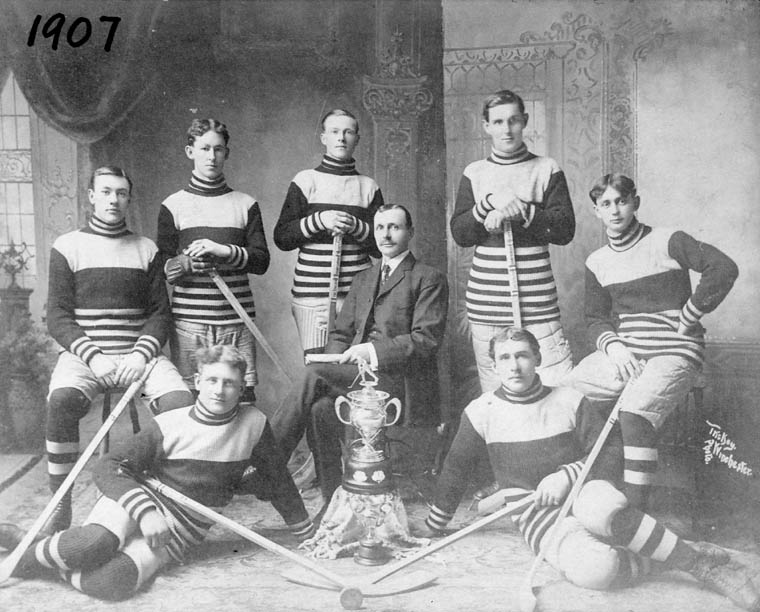 So Jonathan Kay is embarrassed about our national “obsession” with our national sport. The one this country invented. The one that forms a key part of our identity, our folklore. The one which embodies our national character. When Team Canada prevailed in the 1972 Summit series, the Soviets were not unduly impressed with our players’ skill set or speed. But they were awed by our team’s tenacity and never-say-die, dogged perseverance. Their indomitable spirit. Their passion.

It’s a feeling that cannot be manufactured in any hockey school or training facility. It must come from within. You either have it or you don’t. You either love the game — our game — or you don’t. The same can be said for the love of one’s country and its heritage. The love for one’s own, for those who are most like us, for those closest to home and closest to our hearts. It is a feeling that glib sophisticates and rootless cosmopolitans don’t have. But rather than lament their deprivation, many of these bloodless worldly-wise nabobs of negativity choose to sit on their perch in the CBC or the Walrus and denigrate the primitive masses for their pathetically anachronistic affinities. Or so they regard them.

Jonathan Kay hates hockey. It hates its predominance — much in the same way that diversity cultists resent the stubborn predominance of an old bicultural Canada that for their liking cannot fade away fast enough. Kay’s hostility to hockey is personal. Kay blames hockey for Montreal’s failure to sustain a major league baseball team. Montreal’s “ridiculous” fixation on hockey is, in his words, “parochial” and “tribal”. Two adjectives that too many Montreal Jews used to apply to Quebec nationalism.

Thus it was no surprise to hear him confess his glee at the news that Canadian parents are apparently dissuading their children from taking up a game that they find too expensive and too “dangerous”. At long last athletic children will be able to turn to other options — basketball, soccer, and of course, baseball, which Kay declares to be superior to hockey. If this indeed the trend, it will constitute a shift from our ‘parochial’, ‘tribal’ pastime to a ‘sophisticated’ and ‘cosmopolitan’ future befitting a progressive, outward looking country like ours.

The prospective relegation of our national game to secondary status or humble parity with a host of other sports mirrors the relegation of our two founding cultures to mere fragments of a ‘mosaic’, where no fragment is paramount. It’s a vision that warms the cockles of Kay’s heart, as does, no doubt, the anticipation of an increasingly ‘diverse’ Canada. One could almost hear him say to Canadians what his ethnic compatriot Barbara Spectre said to Germans: Grow up and accept your multicultural fate. Get with the program. Discard and renounce your ethnic identity and embrace the hip global culture. Let every city and every nation replicate every other city and nation in the world by offering the same buffet of consumer choices, of designer clothing, electronic toys, cuisines, sports, and music. Let there be no national sports, or national symbols, or national cultures or unique national identities. Let us all become citizens of the world, spiritually disconnected from our roots.

Of course, in Kay’s brave new world, there might be room for another kind of hockey. An emasculated game that is devoid of all those ugly “male” features like body checking and fighting. A game like his daughter plays, “Women’s Hockey”. Few could dispute the fact that women’s “hockey” can be very entertaining. But it isn’t hockey, anymore than touch football is football.

Just as the attack on “manly” sports reflects the ongoing suppression and inhibition of healthy instincts of boys in primary school, the increasing emphasis on “safety” in society reflects the soft totalitarian ambition to eradicate any element of “risk” from the lives of children. Or indeed, of university students who apparently must be provided with “safe zones” to protect them from disturbing speech.

As in so many other areas, Canada appears intent on following the Swedish path, determined to fashion a society which Swedish psychiatrist David Erberhard compared to a “folkhemmet” — a “people’s home” society, a “Land of Security Junkies” which attempts to remove all potential risks and wrap people up in cotton. That was the selling point of Volvos, and it is selling point of any totalitarian state. “Safety First”. And don’t worry, the government will keep you ‘safe’. As the Germans might say, a veritable “Sicherheitswahn”, safety obsession.

Erberhard spoke of “curling parents”, who desperately try to sweep away every rough spot from their children’s path, and asserts that the Swedish state operates like a curling parent trying to prohibit everything that can be seen as risky behaviour. (Risky behaviour like exposing one’s self to politically incorrect and ‘xenophobic’ ideas!) Such is the addiction to safety that Swedish society behaves like someone suffering from panic disorder, wanting to avoid unpleasant situations at any price. So despite becoming one of the safest places in Europe, Swedes feel less secure than ever before. Perhaps massive Muslim immigration has something to do with that. In that case, bring it on! More Muslims, more insecurity, more justification for more government control. More surveillance, more curbs on speech.

A population that is comfortable with risk-taking is one that is less compliant with intrusive government fear-based agendas whose appeal is based on the elimination of risks. Hockey as it has been traditionally played is a defiant statement against the nanny state and the social engineers who would tame and feminize our culture. Hockey, real hockey, is a celebration of risk. Like other contact sports it sends the message that life itself carries risks, and rather than avoid them, we need to take them. We need to take risks to feel alive, to test our limits. The theory of risk homeostasis confirms that. If things are made safer, many of us compensate for it by taking greater risks, by pushing the envelope in other ways. When Munich taxis were equipped with anti-lock brakes, accidents increased. When NHL players were made to wear helmets, players took more head shots and became less respectful of their opponents. More protection, more concussions. It seems that the CBC’s stable of “sophisticates” are incorrigibly incapable of understanding that.