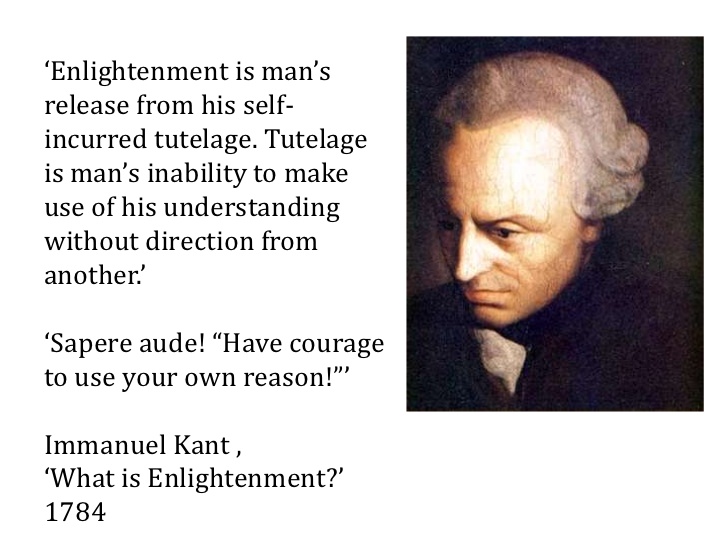 Liberalism now stands for everything destroying Western civilization. Yet individual reason and freedom are bedrock principles of liberalism unique to European men. The roots of our libertarian spirit can be traced far back to the Aryan warriors who would not cower to despotic leaders and dedicated themselves to individual feats of heroic valor, through the English Barons who forced their king to issue Magna Carta acknowledging their free status as nobles, through the numerous Europeans who broke through the accepted dogmas of their time exercising their minds as individuals.

Therefore, if one blames liberalism for Western disintegration, no other conclusion can be reached except that our own heritage is ultimately responsible for our demise.

This is the conclusion old conservatives and traditionalists hold implicitly or explicitly. Old conservatives (or Paleoconservatives) tend to hold this conclusion, though most of them don’t blame the Western heritage at large but draw a contrast between a good “classical” version of liberalism that once called for small government, property rights, and individual responsibility, and a new “managerial” form of liberalism that supports government expansion, political correctness, and individual “choice.”

These old conservatives, however, have a hard time consistently abiding by their classical liberal principles at the same time as they criticize current liberalism for its devaluation of ancestry, kinship, and religion. They have a hard time arguing that individualism is a key principle of liberalism while stressing the importance of traditional collective norms and institutions. The only argument they have is that classical liberals before the twentieth century were quite conservative in their views on marriage, nationality, and religion.

But current liberals have routed these old conservatives by arguing that since traditions, racial identities, ancestries, are not chosen by the individual but predetermined by authorities, the accidents of birth, or imposed by coercive groups upon their members, they violate the key principle of personal autonomy. In a true liberal society, they argued, individuals are self-created, self-defined, self-authored.

Some old conservatives did counter reasonably that liberal autonomy presupposes a social setting based on common beliefs and social relationships based on mutual respect, self-control of bodily impulses, and transmission of values to children by stable families.

Nevertheless, much as they tried, these conservatives seemed innocuously out of step with the way liberals had been developing their principles through the 20th century arguing that individual autonomy and free enterprise were not only consistent with the expansion of civil and political rights to groups hitherto discriminated against, but with the expansion of government intervention to ensure the very functioning of markets. Old conservatives were simply at a loss formulating communitarian arguments against social liberals calling for a more level playing field within the community for those members in need of medicare and public education. They could not refute the claims that socialistic supports afford individuals born into poverty the opportunity to be free “from the fears of unemployment, hunger, [and] ill health.”

Old conservatives not only sounded hypocritical in their defense of communities while playing down the collective role of government in promoting social justice, but they also seemed out of step defending traditional norms and groupings that were predetermined and outside the realm of individual choice, unlike the democratically-decided government initiatives of social liberals, which seemed consistent with the individual will of the majority.

Old conservatism could not compete with this “new liberalism,” or “social liberalism,” and in the face of the steady expansion of communitarian supports for “individual enhancement,” most old conservatives eventually morphed into what is now called neoliberalism or neoconservatism, which amounted to the limitation of conservatism to the tenets of classical liberal principles, minimal government and monetarist economic policies, without any form of traditional collectivism. This “new” conservatism decided that it was all about economic well being in a border-less world — by which time, 1970s and 1980s, the entire liberal spectrum was heavily suffused with alien cultural Marxist principles [Italian Translation]. But through this situation a different group of traditionalists, neither left nor right, had gained some notoriety in the West, the European New Right, arguing that Western liberalism as such, culminating in the aggressive policies of Americans to spread their “universal” values across the world, should be held responsible for the destruction of both European and non-European traditional identities. Classical liberalism was the precursor of current liberalism. This line of thinking can be found among some old conservatives as well, most recently in the American Catholic James Kalb.

Kalb argues, in The Tyranny of Liberalism (2009), that the ultimate principle of liberalism — the right of individuals to make choices according to their personal inclinations — is in-itself a denial of the relevance of any reality that transcend and precede human choices. From its inception, from the moment individual choice was set up as the standard of valuation, the moment Westerners came to believe, in the modern era, that only those standards based on individual decision-making were valid, liberalism could not co-exist with any predetermined realities, unchosen customs, metaphysical postulates external to reason, pre-given biological realities. All these extra-individual realities were impediments to individual freedom in need of deconstruction. New realities, new conceptions of the family, male and female, national identities, based solely on the free cogitation of individuals in a democratic atmosphere, had to be constructed.

This liberalism, says Kalb, is intrinsically driven by a desire “to replace custom and religion by human will.” What we have witnessed in recent decades is simply a continuation and radicalization of the “Western heritage.”

All major tendencies of thought in the West have converged on contemporary liberalism.

The moment Westerners articulated and then institutionalized the notion that individuals should become the authors of their own lives, with a “natural right” to decide for themselves their identities and beliefs, “history, tradition, biology and religion” became

obstacles to be overcome or irrelevancies to be put to the side rather than part of an order of things to be valued and accepted (pp. 14-26).

I think this view is wrong. What has transpired is that liberalism was infiltrated by motivations and aspirations that should be identified, retrospectively as we look back, as cultural Marxist in character, originating not only in the Frankfurt School, but in a wide variety of schools in the social sciences, in the context of a post-WWII atmosphere, which influenced many liberals, but was energetically driven by ideological currents with roots in the “radical Enlightenment” of the late eighteenth century, and by further ideological infusions, Fabianism, Feminism, anthropological beatification of other cultures, Dependency Theory, Environmentalism, Critical Race Theory, and more, harbouring suppositions about the inherent racist belligerence of White nations, the inherent aggressiveness of males, the need to harmonize racial relations in the United States, the inequalities of the global economy, the responsibility of affluent Whites for the lower class status of non-Whites, the destructive ecological affluence of First World nations — all combined with notions about how human nature could be improved through government social programs.

The claim that the key principle of individual autonomy, taken on its own, has been the harbinger of all these suppositions and theoretical expressions is false. These are Western-initiated movements and ideas, but they are movements that came to be expressed with forcefulness by hostile elites determined to break-up the West in a way that was never intended by Europeans, and that cannot be traced back to the liberal principle of individual autonomy.

There is nothing to be done now positively in the name of liberalism; this outlook has been polluted beyond repair. But the principle that Europeans can be the authors of their own choices and ideas should not be handed over to the anti-Europeans, leaving us with a pre-rational world where never-questioned traditions prevail.

This is a discussion that requires much knowledge about the distinctive history of the West. I will close with a quote from Immanuel Kant’s essay What is Enlightenment. Once your read this quote as an observation about the state of the European psyche in Kant’s time, and only about this psyche and not about “man” or “mankind” generally, it acquires the proper ethno-cultural meaning:

Laziness and cowardice are the reasons why such a large part of mankind gladly remain minors all their lives, long after nature has freed them from external guidance. They are the reasons why it is so easy for others to set themselves up as guardians. It is so comfortable to be a minor. If I have a book that thinks for me, a pastor who acts as my conscience, a physician who prescribes my diet, and so on — then I have no need to exert myself. I have no need to think.

Willingness to think for ourselves has allowed the Alt Right to break through the current obfuscation that ancestry, biology, customs, nationalism, and history are realities that can be reconstructed at will. These are realities with deep connections to the natural order of things.

We can either fight blindly submitting to traditions and bodily impulses, or develop collective ideals and core principles of survival in ways that meet the expectations of our rational autonomous nature as Europeans who have learned that ethnic states are not constructs and that humans are driven by powerful ethnocentric instincts.