The Fragility of Anti-Whites: The Scaachi Controversy 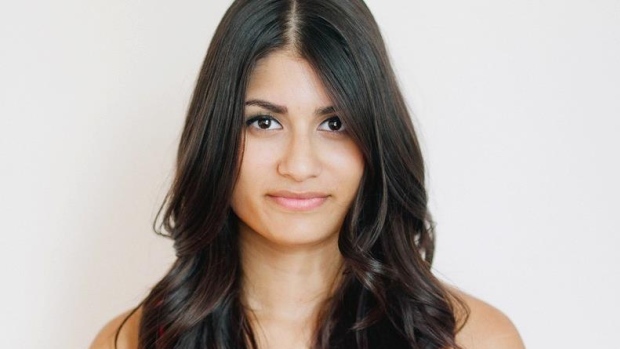 Recently many media personalities have been hemming and hawing about the end of Scaachi Koul’s Twitter. I can’t say I knew anything about Koul before last month but apparently she is the senior writer for BuzzFeed Canada, a website I generally stay away from because it is nothing but clickbait and sexual degeneracy. As it turns out, Koul has also been featured on the CBC on more than one occasion. A perusal through her BuzzFeed articles reveals not only how unnecessary BuzzFeed is — with articles like “13 Terrible Emails My Father Sent Me in 2015” and “Should I Delete Photos of My Ex From Instagram?” — but also someone who has absorbed the “progressive” leftist worldview completely.

Evidently, her Twitter feed also showed her having a deep-seated dislike of Europeans, it was full of typical leftist hypocrisies concerning race as well as such lovely tweets as:

die in a fire, white men are trash

[I’m] high on murdering you

In another conversation she wrote:

you owe these pale demons [White people] nothing

and in yet another she said

BAN MEN LITERALLY THROW THEM ALL IN THE GARBAGE

Not untypical for anti-Whites she finds Whites still the most attractive people, though.

And the CBC gave such an inferiority complex-ridden mind airtime?

Koul’s Twitter became quite controversial because people of all races began criticising her not only for her tweets concerning race and gender but other issues as well. Others cricitised her for her lack of any journalistic ethics. Of course, it being Twitter there were plenty of people simply insulting her. It is Twitter, this is something I think most users — myself included — have done at least once. Given the nature of many left-leaning Twitter users, who often resort to insulting language immediately to anything they dislike, I can’t say I feel bad for whatever tweets may have been sent her way. What really sparked this current Scaachi controversy is that she left Twitter after people began condemning her for stating that she was interested in getting freelance essays and reporting for BuzzFeed Canada but not from White men.

Not being much of an egalitarian, I can’t say I really care if a company wants to discriminate against Whites or more specifically White men, but there is a double-standard at work here because the Scaachi supporters who have come out since she made that comment in February would not support someone for saying “no South Asians” or “no homosexuals”. Most Scaachi supporters are SJW types who as most of you are aware were livid at the thought of an elderly couple refusing to make wedding cakes for a homosexual marriage. No doubt most of them think the recent court decision to block the creation of scholarships only for White heterosexuals, despite the fact there are no such restrictions for other groups. I seriously doubt many of Scaachi’s supporters are against affirmative action programs either.

Mainstream writers like Jessica Chin of Huffington Post, Rosemary Westwood of Metro and Shane Dingman of the Globe and Mail released articles on what a terrible tragedy it was that Scaachi Koul is no longer on Twitter. Jeet Heer, writer for the New Republic, also came out in support of Scaachi and used the same old arguments about the need for diversity and how it wasn’t racist to discriminate against Whites. Heer no doubt feels for her because he and her have the same racial heritage. Many South Asians have come out in support of her for this reason.

Tarek Fatah is liked by many on the right because of his criticism of Islam. However, that doesn’t make him a supporter of Euro-Canadians. He strongly believes in the “privilege” narrative and like Heer and so many others he seems to think it terrible that a majority White country founded by Whites should have a media filled with Whites. Of course most of these people are very liberal-minded and no doubt would love more diversity and multiculturalism. But given how diversity usually just results in Europeans being replaced as the majority group by some other race in a given area I hardly see the diversity.

Fatah showed his hysteria years ago on the now defunct Sun News Network when he tried to argue his lack of a Twitter verification was racist (he has since received Twitter verification). He showed it again on his Twitter. When he was shown some of Koul’s tweets he simply doubled down. He also began reading into comments way too much and not understanding the expression holy cow or pill; instead having a knee-jerk reaction, assuming it was “racist” (here and here).

Other non-Whites like Jessica Chin come out in support of her as well. Not surprising given how the White man is depicted in the media and universities as some great evil always targeting poor people of colour. It is interesting how so many second and third generation Asians have essentially become White SJWs. They have eaten up the cultural Marxist narrative with gusto. Many seem to think that the only problem with immigration is when the migrants are radical Muslims but given the anti-White views of many Asians I have grown up around as well as what I have seen on Twitter, I think it is fair to say that they aren’t model minorities.

The contempt for Western civilization and the people who founded it, the willingness to digest and regurgitate cultural Marxist talking points is disturbing to say the least. And when it comes to South Asians specifically it is important to note that many of the same issues regarding the treatment of women occur in Sikh and Hindu communities, but unlike Muslims they generally keep it within their communities. Except in India, however, where there have been rapes against tourists and recently an Australian couple was threatened with mutilation (for the man) and rape (for the woman) because the man had a tattoo of a Hindu deity on his arm.

It is depressing that so many Whites like the Globe and Mail’s Shane Dingman have come out in support of her but it is not surprising given the dominance of the cultural Marxist narrative. That they would rather side with outsiders who clearly dislike the culture they descend from is disturbing. So many can be coerced by the use of phrases like “racism” or the supposed support immigrant groups have for indigenous rights. When for example, Henry Yu talks about his support of Amerindians I am skeptical. It is clear he is first and foremost interested in furthering Chinese interests. Moreover, so many of Yu and Koul’s co-racialists in Europe completely discard with any notion of indigenous rights as, for instance, the British passport journalist Mehdi Hasan does.

Some will argue that much of what Scaachi tweeted was joking. We Europeans shouldn’t have such knee-jerk reactions. Of course this is yet another double standard when we think of how sensitive non-Whites are allowed to be concerning jokes. Take for example the fate of Justine Sacco. Again, I remind you of Fatah’s oversensitivity regarding comments from Paul Wells. I often hear about “White fragility” which seems to be a way of getting Whites to shut-up whenever someone makes a negative comment about them but non-White fragility is completely acceptable.

This controversy has shown yet again the extent of dislike for Westerners in the media and amongst non-Whites. It is also another example of the hypocrisy so many have when it comes to the issue of race. I’d say it’s a good sign that people have pointed out the hypocrisy of Koul, Heer, Fatah, Chin and their ilk and the flaws of the reigning “progressive” orthodoxy in general. It is also a good sign that liberal-minded people have been critical. However, Twitter has begun ramping up its censorship of politically incorrect accounts and many news sites have also become far more diligent in blocking comments for fear that people may express a differing opinion. No doubt issues like this one will keep flaring up but hopefully they will just keep getting more absurd as this will only make the ruling narrative less defensible to the average person.