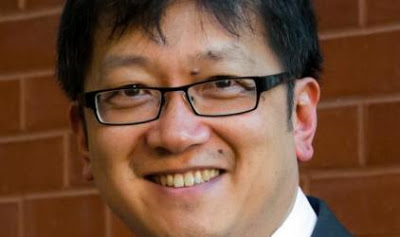 Henry Yu, professor of history at University of British Columbia, believes that “Canada, Australia, New Zealand, and the United States are settler colonies that were built around white supremacy.” He asserted this in a recent article, White Supremacy and the Foreign Investment Debate. White supremacy is “an overt structuring of society that gives privileged access to resources to those who could be considered white.”

Elsewhere he has insisted that one of the “unresolved legacies of colonialism and white supremacy in British Columbia”, are the “policies designed to erase non-English language use among children” in Canada. Mandarin, and other Asian languages should become official languages.

He believes the recent debate over Chinese investment in real estate in Vancouver is yet another example of the prevalence of White supremacism in Canada. Objecting to wealthy investors from mainland China is nothing less than “racial scapegoating”. What about the affordability crisis brought on by Chinese buyouts of Vancouver homes? The Canadian government should simply provide more public housing for Canadians who can’t compete with entrepreneurial Chinese foreigners. They should just learn to build public housing as in Hong Kong.

Now, why would someone seriously believe that Canada is ruled by White supremacists considering there is:

It is not as if Henry has not been extremely successful at the Anglo-created University of British Columbia, collecting over two million dollars in two recent grants: a $1.17 million project entitled “Chinese Canadian Stories”, and $950,000 from the Federal government to show that the Chinese were one of the founding peoples’ of Canada.

Why does he keep arguing, to this day, in every paper and every conference he goes, that Canada is a White supremacist nation and that Chinese millionaires should be allowed to buy out Eurocanadian natives out of their own cities?

I detect in him a psychological trait I have noticed among some professional non-Europeans inhabiting European-created lands. Henry is an ethno-nationalist, attached to his heritage and his race; and yet he feels uneasy in this ground, unsure about it, because deep down he knows he is inhabiting a European-created country, a land he craves to claim as his own. He can’t suppress the reality that Europeans were the actual creators of clean Canada, but as a Chinese ethno-nationalist he can’t accept this reality, so he needs to be constantly harping against White supremacy as a way of fighting this disconcerting reality.

With these resentful feelings, and determined to advance the ethnic interests of the Chinese race, he has decided to make the most of White ethnomasochistic tendencies, falsifying the history of Whites, enhancing the role of the Chinese, and thus reclaiming for his people the Canada he wishes had been created by Asians.

In an Op Ed piece in The Vancouver Sun (February 1, 2010), Vancouver’s Own Not-So Quiet Revolution, Yu claimed that the English language “stunts diversity”. Calling it a “colonial” language, he demanded that Asian languages, long “silenced” by “white supremacists”, be given the same official status. He then equated the presence of a high number of Whites in leadership positions in Vancouver with “the legacy of a long history of apartheid and white supremacy”.

Only our multicultural self-flagellation has given Henry the nerve to talk about Eurocanadian “apartheid” today, even though Chinese immigrants come from a country that officially engages in eugenics research, the Han majority in China, 92 percent of the population, has a monopoly control over all the institutions, prohibits immigration, and disallows any foreign purchases of real estate in their country. There are no minority rights in China; Mongols, Miao, Hui, Tibetans, and Uighurs are routinely described as superstitious, lazy, ignorant, and dirty.

Look at this video of an orphaned Uyghur kid beaten in China.

Yu enjoys taunting White Canadians that they are soon to become a minority in Canada, writing a few years ago:

Our city [Vancouver] will soon be over 50 percent visible majority, with the vast majority of these non-whites of Asian heritage. Who is the minority in a city that has such strong historical and demographic connections to the Pacific?

He claims to be a historian who has proven that this “new Pacific Canada” marks a return to a Canada that was originally Pacific, that it was only the “dominance of white supremacy in immigration policy” between the 1920s and 1960s that disrupted this original Pacific/Chinese orientation. The history of Vancouver, British Columbia, and Canada between the 1920s and 1960s should be seen “as an aberration” to the original, and future, Pacific Canada.

“I’m a historian, and what I’ve said builds on the past”, Yu brags. Yet he relies on two measly facts to support this outlandish claim that Canada was originally a Pacific nation; namely, that Chinese coolies built portions of the transcontinental railroad in the late 19th century, and that the proportion of the population in British Columbia that was Chinese in 1901 was 10 percent. That’s it.

Sorry Henry: the historical record is incontestable: Eurocanadians were the supreme builders of Canada.

In 1901, 96 percent of the Canadian population was European in origin, and it remained 96 percent European as late as 1971, when all the institutions and modern infrastructure had been created from the ground up. In 1901, when the Chinese population was supposedly building everything across Canada, and Canada was supposedly “Pacific”, there were only 17,043 Chinese immigrants (born outside Canada) relative to a population of 5.3 million.

The city of Vancouver alone, which had the highest Chinese proportion throughout Canada’s history, was virtually a White European city from its beginnings in the 1870s to the 1980s. In the 1950s, when the city had been fully developed into a metropolis, the British accounted for about 75 percent of the population, and other Europeans accounted for about 18 percent, whereas the Asian proportion (Chinese and Japanese) accounted for only 3 percent.

Patricia Roy’s Vancouver, An Illustrated History (1980), exhibits a city that was overwhelmingly British in its architectural landscape, notwithstanding its Chinatown and Little Tokyo. All the major landmarks were British: the Post Office, built 1905-1910; Dominion Trust, the Canadian Pacific Railway station; Canadian Bank of Commerce; the Strand Theater and Birks Building, with their sidewalk canopies in 1933; the Tudor revival style homes in Shaughnessy Heights in the 1920s. The sports, the education, the legal system — every institution was British. The Founding Fathers of Vancouver, the Mayors, the magistrates, the school trustees, the chief constables, the physicians, the presidents of the Board of Trade were all British descendants.

Abiding by the historical record does not make one a supremacist.

Yu is cited (in 2007) saying, with obvious pride, that Vancouver is

now the most integrated Asian city in North America…in Vancouver, you can’t go to a neighbourhood now where Chinese aren’t living in significant numbers. It’s incredible.

Notice how confidently he calls it an “Asian city” while classifying anyone who calls the city European a “white supremacist” even though the city was overwhelmingly European for most of its history.

Yu views Canada’s past strictly from the perspective of Chinese interests. He even says that the Hong Kong Chinese are a “new kind of immigrant” superior in education, in wealth and in expectations; they not only deserve the best neighbourhoods created by Whites, but they are too globally minded to be constrained to Vancouver only, but instead view this city as:

a global city that is one stop within the Pacific world, with two-thirds of male Canadians of Hong Kong origin between the ages of 25 and 40 living and working outside Canada.

These males “know that a key to making money is not to view the place you make money as necessarily the same place you live.” They are:

residents with multiple homes throughout the world, creating great demand for real estate in Vancouver, but also leaving many condominiums unused for portions of the year.

This is why Yu prefers the term “migrant” over immigrant — it captures this new type of opportunistic immigrant that corporations prefer, a global economic consumer who can move in and out of cities, find ways to avoid paying taxes, while showing no loyalty to the European-created cities they acquired citizenship from. They look upon Vancouver not as a city to which they are rooted, with memories of its landscape, its beautiful old British homes, but as a place to be bulldozed to make way for generic houses. This Facebook page documents in photographs how Vancouver has been vanishing right before our eyes.

Yu claims these migrants changed Vancouver “for the better”, they are “first-class citizens” (whereas, presumably, natives are second class). But should we be so sure that these migrants are “first class” in light of these reports in the mainstream media of recurring cheating by Chinese in exams, paying others to write exams, in one Canadian university after another, indeed everywhere in the West, purchasing university essays?

SAD: Chinese trucks run over child, no one cares.

We at the CEC object to the use of the term “White supremacist” against the working classes who worked so hard to create Canada. Multiculturalism in Canada grants all ethnic groups the right to affirm their culture. Yu is inconsistent in the way he opportunistically borrows Marxist ideas to curtail Eurocanadians from pursuing their own ethnic interests while being an ardent promoter of Chinese ethnic interests. We object to this double standard. We believe in historical veracity, in the Western principle of individual rights; we oppose dog-eating, and child slave labour. We are for a clean environment and object to the “horrific practice of eating aborted fetuses” (see images here) as a business for medical companies.