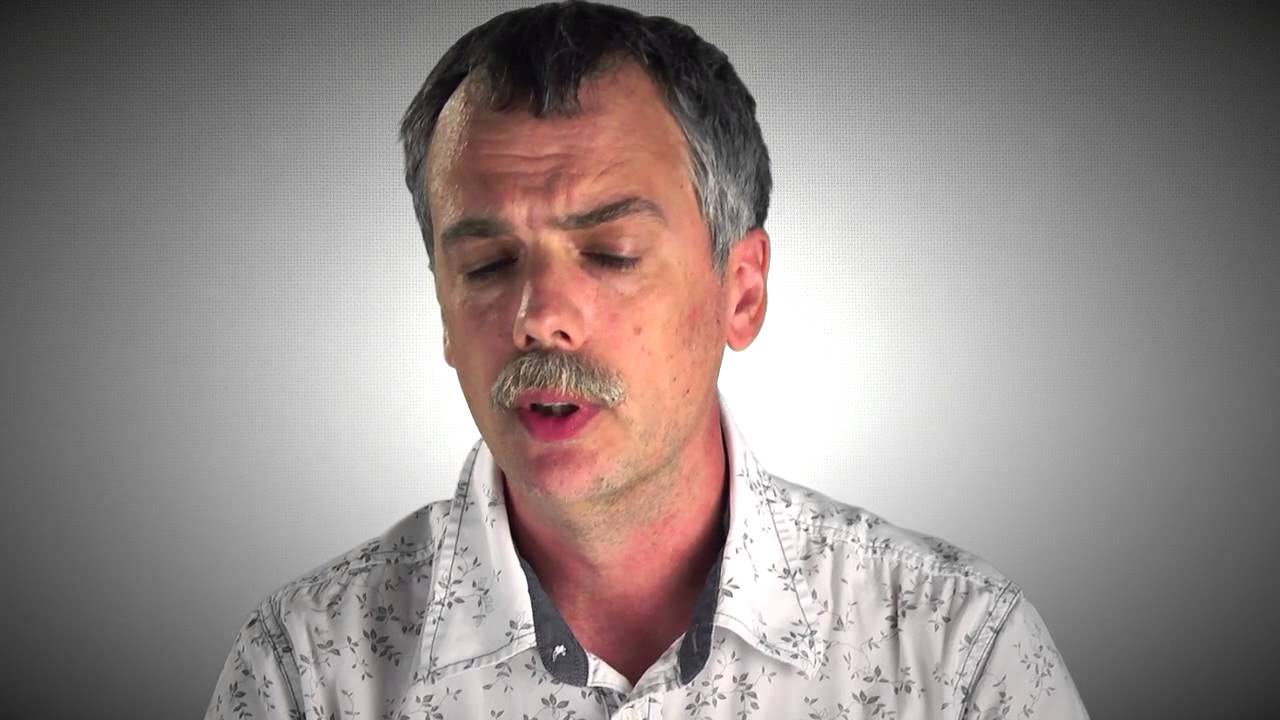 Kymlicka enjoys telling Europeans that Canada’s model of multiculturalism has been a “striking success”. Yet he confesses that it was only in the 1990s — twenty years after its official implementation — that multiculturalism became a subject of academic inquiry in Canada, and that “for much of the 1990s”, publications on multiculturalism were

…dominated by political philosophers who developed idealized theories of a distinctly liberal-democratic and egalitarian form.1

To this day, over 20 years after the early 1990s, Kymlicka’s evaluation of Canada’s multiculturalism still remains an idealized account about why diversity should be good with very few empirically-oriented studies backing his claims about its success.

Among his numerous publications, only three articles address the costs and benefits of multiculturalism:

These three articles were published in the same year, 2010, and it shows; they examine the same evidence, with very similar wording. Overall, the total number of (original) pages Kymlicka has dedicated to the factual costs and benefits of Canadian multiculturalism amount to fewer than 15 pages!2

His evidential assessment can be categorized under three headings:

Regarding the first category, Kymlicka’s analysis appears, on the surface, to be quite effective in arguing that immigrants are integrating well into Canada insofar as only a very small number of them have engaged in terrorist activities, or illiberal practices posing an immediate threat to our liberal values. He gathers evidence showing that immigrants are acquiring citizenship, learning one of the official languages, getting involved in Canadian politics, intermarrying outside their ethnic group, getting jobs, and participating in Canada’s educational institutions.

But these facts, even if we were to accept them as true, do not say much; they merely show that the majority of immigrants are integrating into a Canada that is officially defined as a multicultural place committed to mass immigration. The integration Kymlicka has in mind is characterized by a very low bar of expectations, as to whether the majority of immigrants are law abiding, whether they try to make a living, which should not be surprising since we all have to make a living, whether they send their children to schools, which, again, is to be expected. All schools play up to the enriching qualities of immigrants, after all.

As it is, the evidence Kymlicka offers in these matters is flimsy and intrinsically subjective, based solely on the answers immigrants have offered in surveys created by proponents of immigrant multiculturalism. He says there is little evidence (citing just one article) of “entrenched racial concentration in poor ghettos”, yet soon admits that Chinese migrants “tend to settle in established Chinese neighbourhoods”.3 To be sure, in Richmond, BC, where six out of ten residents are new immigrants, and where half do not speak English in their homes, Chinese-language signs, unaccompanied by English, can be seen everywhere.

A comprehensive study of 17 ethnic groups in 12 Canadian cities by Eric Fong and Rima Wilkes (2003) offers reasons for, but does not deny, residential segregation among different ethnic groups in Canada.

More recently, in February of 2012, the National Post contained an article, As Immigration Booms, Ethnic Enclaves Swell and Segregate, with the following finding:

In 1981, Canada had only six neighbourhoods with ethnic enclaves…Now, that number has mushroomed to more than 260.

Another study (July 2012) which looks into the future, published by Citizenship and Immigration Canada, A New Residential Order? The Social Geography of Visible Minority and Religious Groups in Montreal, Toronto, and Vancouver in 2013, predicts that

While in Montreal the visible minority population is predicted to be spread out across “neighbourhoods of all types” (including ones mixed with Whites), it is anticipated that in 2031 “about nine out of ten Whites will live in White-dominated areas”. Of course, for the author of this study, this as a challenge calling for further government programmes and tighter controls over citizens, particularly over Whites who decide to live in “white dominated areas”.

What about evidence regarding the integration of Canadians of European ancestry to multiculturalism? In Kymlicka’s Orwellian mind, this is not an issue; Eurocanadians must integrate with mass immigration, and if they don’t the issue is no longer about integration but about “xenophobic fears among whites”. While positive feelings by immigrants towards multiculti Canada are deemed to be evidence of successful integration, negative feelings by members of the host culture are deemed to be “xenophobic” and thus automatically disqualified as evidence that can be used to show that integration is not working.

Negative feelings by Eurocanadians are ipso facto defined as xenophobic and cannot count as a measurement against integration.

The only evidence that counts is of those Canadians who have “progressively” come to accept a multicultural Canada. Citizens with a strong sense of European identity are automatically categorized as “intolerant” and consequently ostracised as individuals whose sensitivities and opinions cannot be used as evidence against the multicultural experiment. Kymlicka thus uses as evidence in favor of integration “Canadians [who] have become progressively more supportive of existing immigration levels over the last two decades.”4 He notes that over 60% of Canadians in 1988 wanted fewer immigrants, whereas in 2006 “just over” 20% wanted fewer immigrants.

The fact that a majority of Canadians in 1988 wanted lower immigration is not seen as a lack of integration, or a lack of support for immigrant multiculturalism, but as evidence that Whites are xenophobic and in need of additional indoctrination to accept this program. The same Kymlicka who demands “respect” for newly arrived immigrants never fails to designate those natives who want lower levels of immigration as “neo-Nazis”, as members of a “far right backlash” — who must be persuaded to accept immigration in order thereby to produce evidence in favour of immigration!

He never wonders whether Canadians have been drilled into compliance rather than persuaded through open debates, though he admits that multiculturalism has been “barely explained at all to the Canadian public”.5 Certainly, multiculturalism in Canada has proceeded for the most part by way of non-transparent regulations, executive directives, and administrative discretion rather than by legislative action and popular demand. Gallup polls in the 1960s showed that only about one third of Canadians thought that Canada should bring new immigrants, and over 60 percent thought that the fairly low levels of Asian immigration (at the time) were already too high.6 The Canadian public in the 1960s, and even 1970s, agreed with Prime Minister Mackenzie King’s words in 1947:

The people of Canada do not wish, as a result of mass immigration, to make a fundamental alteration in the character of our population.7

But liberal elites were determined to re-engineer the souls of average Canadians, and so numerous programmes were implemented right after multiculturalism became official policy in 1971, with the result that today diversity has been institutionally implanted in every federal government department and public institution, written into the programming and advertisement directives of the media, and mandated in every public school, museum, and university curriculum. There is no denying that, in this respect, multiculturalism has been a resounding success.

Kymlicka regularly uses a Marxist phrase to describe this imposition of multiculturalism: “a long march through the institutions at all levels of Canadian society.”8 This goes to show how hypocritical his talk about the requirements of a “functioning democracy” is, since this idea of a long march is about bringing an end to the ancestral cultures of the West without letting the public know what the long term objective is, moving bit by bit, calling for small changes, exploiting the compassion of Canadians, threatening them with accusations of “racism”, while Kymlicka pontificates about his “ideals” and collects hundreds of thousands in grants.

This is one of the most immoral deceptions ever inflicted on Eurocanadians!

Again, we are supposed to take it as a given that diversity brings “cultural enrichment” to the host nation, and those who disagree are deemed xenophobic by definition. Immigrant multiculturalism is always predicated to win: “success” is always a matter of how well immigrants have integrated to a nation that is committed to integration while excluding from any assessment Eurocanadians who have not integrated to immigration. “Failure” is always deemed to be a result of lack of funding for multiculturalism or not enough programs to fight xenophobia.

“The intrinsic value of cultural diversity” is accepted without questions. Diversity will make, as Kymlicka says without elaboration, “the larger anglophone culture…richer and more diverse”, and that is intrinsically good. Period.9

In his last corporate-sponsored publication on this issue, Multiculturalism: Success, Failure, and the Future (2012), he mentions some of the problems critics of multiculturalism have brought up, but only to reply that these problems are signs of a xenophobic “backlash”. This is exactly the same view he held in his book Multicultural Citizenship back in 1995:

It is difficult to avoid the conclusion that much of the backlash against multiculturalism arises from a racist or xenophobic fear of these new immigrant groups.10

His mind has not moved on iota from this accusation even after the disclosure that Muslims are systematically and continuously raping White girls all across Europe. Rather, he much prefers to portray himself as a man of the highest morality rightfully deserving a salary for the top one income bracket in Canada. In this last article, he places himself on a pedestal as the human rights officer of humanity. He flat out says that Europeans “must” accept millions of immigrants because “multiculturalism is part of a larger human rights revolution involving ethnic and racial diversity”.

The “racially biased immigration and citizenship policies” of the past, he adds, cannot be allowed as a matter of ultimate moral belief. We must “challenge”, he insists, “the legacies of earlier ethnic and racial hierarchies” in the West. We must break the European majority status in all European nations because the existence of this majority is ipso facto evidence of the existence of a racial hierarchy. “Ethnic and racial hierarchies persist” in the West, he observes, since Whites are still the majority and immigrants are not equal in economic status to the European natives. The final goal is the “equality of the races and peoples” inside all European lands.11

But when did the majority of Canadians ever called for a “human rights revolution” in their lands leading to their eventual marginalization and demonization? How can anyone with the most minimal sense of human decency pretend that European nations must accept millions of Africans, Muslims, and Asians if they are to become “functioning democracies”? How can overpaid academics continue to deceive and demoralize their students with lies about civic and ethnic nationalism, enrichment of immigrants, and group rights for immigrants only? The vast majority of Canadians and Europeans in Europe would never have endorsed policies that target them as oppressors to be dispossessed if the ultimate intentions of this ideology were presented to them by critics with equal access to the public space and without fear of demonization and loss of livelihood.