Will Kymlicka, Part I: Ethnic Group Rights for Immigrants Only 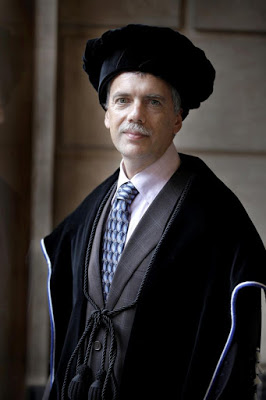 Will Kymlicka is one the most influential academic advocates of the “exceptional” Canadian model of “immigrant multiculturalism” in the world. His animosity against Canada’s Anglo/European heritage is palpable in all his writings. He once stated that “never again” should Canada be viewed as a “white country … as a British country.”

He portrays himself to unsuspecting students as an outsider fighting the dominant discourse, but he is best viewed as Canada’s government-sanctioned careerist of multicultural citizenship. Since his grad days in the mid-1980s, he has received every single year, without interruption, highly lucrative grants and awards, including the Premier’s Discovery Award in 2009 ($250,000), the Trudeau Foundation Fellowship in 2005-2008 ($225,000), and the Killam Prize in Social Sciences in 2004 ($100,000).

Although he obtained a professorship at Queen’s University early in his career, he has barely taught there, holding visiting professorships and fellowships outside Canada every year since 1998. His mission has been to persuade Canadians that their inherent identity is multicultural while simultaneously persuading people in Europe to accept the Canadian model of mass immigration. He wants to persuade all Europeans that their inherent identity is multicultural, and that they should cease to identify themselves as “German”, “Italian”, or “British”. He wants a deracinated race-mixed species that tolerates all ethnicities but classifies as “fascist” and “Neo-Nazi” any European who exhibits a sense of ethnic pride and national identity.

Kymlicka is said to have articulated a theory of “multicultural citizenship” showing that minority rights (or group rights) are compatible with the enhancement of individual rights. He says that minorities in Canada, and all European lands, need special group rights to develop as individuals. Anglo-Canadians, and all European natives across the West, already have a community, or, as he calls it, a “societal culture”, and it is one that privileges them. The national English majority in Canada (outside Quebec) constitutes, in Kymlicka’s eyes, the dominant societal culture of this country. This majority enjoys individual rights, and that is good enough for them. But non-white minorities need both individual rights AND special group rights to protect their ethnic and religious identity against the oppressive majority culture of whites.

You see, minorities, unlike European majorities, Kymlicka insists, have a “shared” sense of history, ancestry and cultural pride that needs to be protected. He does not say that minorities need to build outright nations within European countries, but he does say they need group rights that afford them “external protections” against majority decisions and that provide immigrants with the cultural resources to enhance their opportunities for individual success within the “dominant” societal culture. These include policies that end discrimination, affirmative action, exemption from some rules that violate religious practices, and public funding of ethnic/immigrant organizations, as well as dual citizenship.

Ethnic minorities, Kymlicka maintains, will be able to meet the Canadian/Western liberal ideal of individual self-development “if they feel their ethnic identity is publicly respected.” Immigrant minorities will develop “a sense of attachment and belonging to the country” to the extent to which Europeans see immigrant minorities with group identities as a “constituent part of the nation”. Immigrants “do best, both in terms of psychological well being and sociocultural outcomes, when they are able to combine their ethnic identity with a new national identity.”1

What about the ethnic identity of Europeans, or Eurocanadians? This identity must be suppressed. While national minorities and “polyethnic” groups are distinguished by culture and by ethnicity, “the majority Anglophone culture” in Canada, he explains, should not be allowed to have any ethnic national identity other than the existence of the English language as the “official” language of the nation. Kymlicka portrays all European cultures as if there was little to them other than a language and certain modern conveniences — economic, educational, and social institutions — intended “in principle” to serve anyone regardless of cultural background. Europeans are mere possessors of individual rights, whereas every other ethnic group enjoys both individual and group rights. The role of Eurocanadians is to publicly validate the group rights of others while condemning theirs.

Kymlicka’s group rights theory is sustained by the basic principle that “most people have a very strong bond to their own culture” and that, accordingly, it would be unfair and inhumane to force immigrants to “shed their distinctive heritage and assimilate entirely to the existing cultural norms” of the majority. Demanding assimilation would amount to the suppression of “a very strong” disposition “in the human condition.”2  It is true that in his more recent writings, in response to growing scepticism in Europe against multiculturalism, Kymlicka has insisted that he does not want a type of multiculturalism that encourages immigrant cultures to remain “hermetically sealed and static” but a type that encourages immigrants to accept the values of tolerance and diversity. But Kymlicka has yet to show the same mindfulness about the distinctive heritage of Eurocanadians as he has for non-Europeans.

He solemnly writes: “If a culture is not generally respected, then the dignity and self-respect of its members will also be threatened”.3 But whenever Kymlicka identifies the English/Europeans by history and culture, it is scornfully as “colonizers”, “racists”, and “conquerors”. The only thing European Canadians are allowed to celebrate is multiculturalism, which means celebrating the culture of others while suppressing theirs. The words “pride”, “cultural particularity”, and “culturally meaningful lives” are reserved exclusively for ethnic immigrant groups. He unambiguously says that multiculturalism cannot succeed as long as “native born [ethnic European] citizens with a strong sense of national identity or national pride”4 are allowed a voice in the public arena, regularly labelling those who disagree with mass immigration as “xenophobic”, “manifestly unjust”, and “intolerant”.

It is true that part of the deal in Kymlicka’s multicultural vision is for immigrants to forego their own illiberal customs, gender exclusion and political authoritarianism,  and strive to join a multicultural Canada that respects diversity and  individual rights. But nowhere is there a recognition on his part that the Eurocanadians who founded Canada also have a strong sense of ethnic and cultural identity beyond a multicultural identity, beyond the English language, which should be respected rather than spoken in terms of a setting for the continuous arrival of millions of immigrants with very different cultural traits, in need of constant ethnic funding, a multicultural curricula that negates the Euro-culture of Canada ‘s past.

The end of European Canada is now an impending reality. It is high time Kymlicka offered an explanation to native Canadians why they should accept policies that are fast reducing them to a minority within their own homelands. Given that humans by nature have a “very deep bond” to their ethnic and cultural identity, why should European Canadians be precluded from having a vital stake in retaining their culture, traditions and ethnic identity, the same stake Kymlicka attributes to non-Europeans? Kymlicka needs to address this question, otherwise his life’s work and career is submerged by a fundamental double standard, whose only coherency is its animus to Canada’s founding peoples.