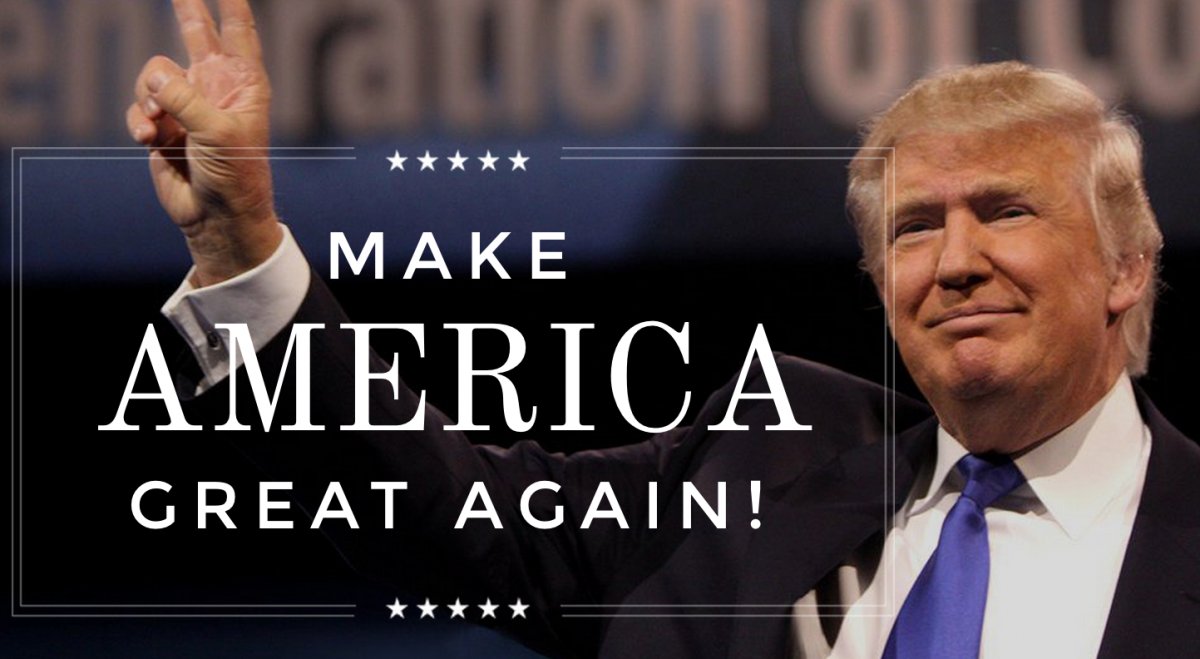 CNN is pulling out all stops to discredit Trump. That joke of a reporter, Chris Cuomo — the son of the ultra-liberal Democratic Governor of New York — was raving out of control in his “interview” with Trump. But he wasn’t the only one. A series of interviews with other anti-Trump figures followed, plus innumerable panel discussions that were stacked against Trump.

One panellist, an African-American pastor, stood up from Trump’s call for a ban on all Muslim immigration. He said that when Ebola broke out in West Africa a couple of years ago, the US government placed a ban on all travel from the region. They did so because, at that point, the outbreak was not contained and authorities still did not have a handle on it. The US government did the prudent and necessary thing to protect its citizens. To those who were not infected, it may have seemed like an arbitrary thing to do. No doubt those who are subject to a quarantine feel the same way. “I’m not infected, so why stop me from leaving?” It seems to some like an unfair, blanket, shotgun approach. Tough.

It should also be added that countries like Australia take similar precautions regarding boat people. They have them quarantined on an island where authorities have the time to sift through applications. In other words, Australia has “banned” boat people from entering Australian society. Is this not wise?

Another phony anti-Trump argument — which was waged by a majority of interviewees and panelists — is that “We can’t ban people on the basis of their religious convictions. We can’t discriminate against religions. That is why this country is all about.”

Wrong. What America is about, or should be about, is what all secular states should be about. The separation of church and state. If prospective citizens will not swear to respect that concept, then they are “un-American”. But if you are a true Muslim, you are bound not to respect it.

Moreover, any oath to support that concept, to support the Constitution of the United States, is, according to Islam, rendered null and void by the concept of taqiyya. That is, Muslims have an obligation to practice deceit in the service of Islam. If called upon to lie on behalf of Islam, to deceive infidels, Muslims are enjoined to lie. That is why the notion of making Muslim immigrants swear an oath to abide by some code against barbaric practices is meaningless.

Furthermore, any declaration of obedience to the Constitution is provisional. Constitutions can be amended. Once there are enough Muslims within our gates, and they have the demographic clout to swing elections, then constitutional guarantees are worthless. Liberal dupes think that if liberal values are enshrined in a constitution or a Charter of Rights and Freedoms, then it doesn’t matter if you change the demographic landscape of the country by importing zillions of Muslims. This is the Big Lie of mass Muslim immigration.

Liberals may think that we are not at war with Islam, but Muslims believe they are at war with us, and have had that belief for fourteen centuries. Unless our elite understands that, until they understand the nature of Islam, they cannot defeat “Islamic terrorism” — especially when they drop “Islamic” from the phrase.

You can deny that there is a civilizational war between the West and Islam, or that we should not attempt to take on all of Islam’s 1.4 billion adherents, or that we should not meddle in the Middle East. Fine. I’ll roll with that. But at the very least, lets not invite this “civilization” into our midst. If we place a blanket ban on Muslim immigration, we can be sure of one thing. There will be no more Muslim terrorists or potential terrorists hiding among a batch of Muslim immigrants. The fact that 99% of them may be “peaceful” is irrelevant. 99% of people found at a crime scene may be innocent, but the police would be negligent if they let them go without first questioning them.

And if Trump’s position is accepted, then the door will be open to apply other criteria to entry. No documents? Get out and stay out. Can’t speak our official language(s)? Go away. Feel homesick because you can’t sponsor your whole damn extended family as immigrants? Then we will grant you family “reunification” by putting you on plane and sending you back to your family — for keeps. You are unskilled and likely to be a net fiscal burden to taxpayers? Get lost. Intend to burden our medical system with your elderly parents? Forget it. Want to treat our welfare state, our hospitals, our schools, our child care benefits and social safety net as a candy store? We don’t need you.

We don’t need anymore “poor and huddled masses”, especially when 80 million of them come off the assembly line each year. We don’t have a moral obligation to act as a dumping ground for hundreds of millions of migrants from failed states, migrants who can’t be expected to check their Third World mentality at the door. The era of smokestack industries and family farms is long gone. We don’t have a labour shortage at either end of the educational spectrum. Obama said that America should reach out and recruit “the best and the brightest”. What he really meant was that Microsoft and the high tech companies should recruit the best and the “cheapest”, while experienced American hi tech workers who command higher salaries are shown the door. And if you think that we need immigrants to do the jobs that “our people won’t do”, offer a living wage and see how fast our people clamor for those jobs.

There is no justification for mass immigration of any kind to this continent. And if there was, Third World Muslims should go to the back of a very long line, behind educated Europeans with a Western world view. Callous? Draconian? Bigoted? Not if you are a member of the silenced majority who have long awaited someone to come forward and give voice to decades of pent-up anger.

That is why Trump is a battering ram against all of the taboos that surround immigration, which if smashed, clears the way for a full-fledged examination of the whole immigration system and the rationale that the elites have used to defend it. I don’t care if he is a showman or a buffoon or a court jester. Sometimes court jesters are the only people who can be counted on to tell the truth. And Trump has.