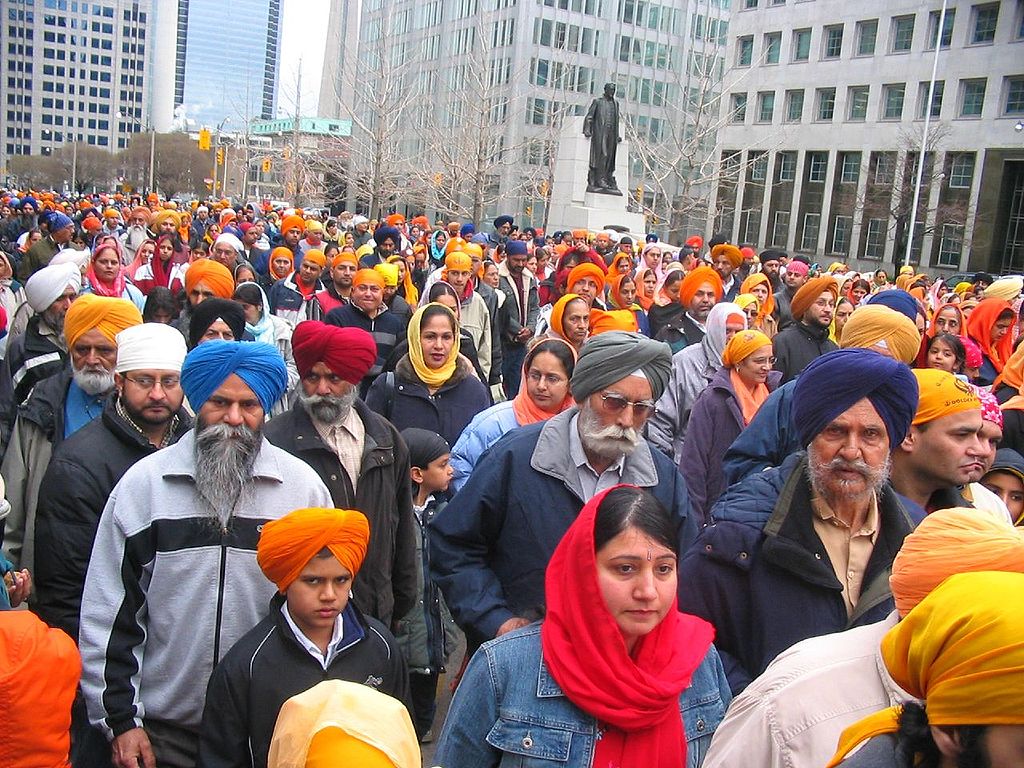 Not long ago while I was performing my job, a customer approached me and asked for something which I was unable to comply with, by the book. I admit I’m not a saint and have broken some rules in my life, but when it comes to safety I tend to follow that elusive book. Not thinking much about my brief yet polite refusal to comply with the request, suddenly I found myself being called a white racist and many other adjectives which I will leave to your imagination. After hearing I was a racist I took a good look and realized for the first time he wasn’t white, in fact as he turned his back and walked away in fury I assumed he must have been of Palestinian parentage due to a flag patch on the back of his bag.

In my line of work I have come across a great many “New Canadians”, in fact my customers are most likely 60% foreign born, and I believe that is a conservative number. Many others, I can surmise, are the either the off-spring of first generation immigrants or recent arrivals, so they seem to be native. I see very few old stock Canadians, while I serve a handful of old immigrants.

Generally I’m a friendly person and this shows because I get to know many of the people I attend. Sometimes these encounters are for brief moments and other times over repeated transactions I get to know my customers fairly well. Over the last decade I have been in a unique position to see our immigration policies at work and hear the way many of the “New Canadians” perceive Canada. This human type of prospective is important in my view because stats and ideologically motivated reports cannot always be taken on face value. Even if banks, government administrations and other special interest groups rely on them to assess the state of diversity, there is something extra about face-to-face interactions on a daily basis.

I recently heard a term used in regards to Canadian immigrants which defines my observations of the many “New Canadians” I encounter. Canada is a “good place to live”. That is the best way for me to go forward from here, the vast majority of my regulars treat Canada as just that, a “place to live”. The above term I have come across makes this article so much simpler for me, because now I have the description for the frustration I feel when speaking to “New Canadians”.

An encounter which sticks out in my mind happened on a typically Canadian day. It was snowy, windy and at least -20, I was loving it. A client came upon me wearing a wonderful fur hat, which I felt compelled to compliment her on. She said she had brought it from “home”. I being the friendly and inquisitive person I am had a short conversation and then found out she was new to Canada. In a completely kindly manner, without any other thought other than pure and genuine interest, I asked how she was enjoying Canada. Her answer lead me to politely end the conversation as I refocused on the work I was performing. She said “it’s not Australia, but it will do”.

My next recollection also takes place on a cold and snowy Canadian day. I had a family of four approached me, they were friendly and talkative, so I responded in kind, as is my way. The father’s use of the Queen’s English was perfect, better than mine by a long shot. He and his family were well dressed in high end winter gear, apparel I could never afford for myself.

After a short time I learned that he and his family had been in Canada just a few days and that his children were loving the new snow falls. Snow was something they had never seen in their home country. Then as barriers came down the truth came out, innocently I’m sure. He couldn’t get his family into Australia, so he decided to move to Canada, because it was so easy. All he had to do is prove his wealth, speak some English and tell the immigration board what a great asset he would be to the country.

He went on to explain, after they received their Canadian passports and citizenship, that it would be a simple move to Australia. But Canada is fine, if nothing else! That’s when he must have seen the look on my face. He began to retract and make empty gestures on how great Canada was. Again I politely ended the conversation.

Another theme I hear from my clients is how multicultural Canada is. On one hand, yes it is, English, French, Native, Metis and all the others who have settled in Canada make it so. Yet when I hear the phrase multicultural, it’s not meant to represent the majority of Canada or its historic past. In the past I would let such statements go, not say a word to it. But those days have past. Now I say, it’s multicultural around here, but if you drive a short distance away the landscape changes. To this I may get a few nods, but little else.

To illustrate my point, I recently assisted a very friendly man who was a bit lost and needed help, he explained to me he has only been in Canada for one month. No problem, I did whatever I could and aided him to the best of my abilities. After thanking me, he pointed out that I was the first Canadian he has come across. I was taken aback. All the other people he’s seen here in Canada have been other immigrants. That’s when I told him about the Canada he doesn’t see, not so very far from where he lives. All I got for my effort was a bit of a stunned and unsatisfying look.

I know I’m starting to ramble on at this point, but I have to tell you one more story which I found humorous. An associate of mine came up to me with a tale about a shopping trip he and his wife went on, “near you”. The couple had visited a big box store and as he told me the story I soon gathered it wasn’t about the items he picked up.

Whatever I do, is never done because someone is of a different colour or faith. Yet the media and the establishment paint old stock Canadian as born racists and bigots. This must end, this is divisive.

He was almost giddy when he told me that he’s never seen so many “white people”. He doesn’t live that far from the area he called “near you”, yet leaving his adopted city he was almost floored at the site of white Anglo’s and other Europeans. This astounded me, more so because he thought it was just great and wanted to move right away, so as to get away from his people!

Those opposed to my understanding of today’s immigration would hold up photos of smiling immigrates receiving their citizenship as proof I’m wrong. Or they would show stats on the economic prosperity of the millions who have arrived and tell me who great our exotic food choices have become. However they would ignore any or all the other problems created by unrestricted migrants.

I could go on writing paragraph after paragraph with similar stories proving my point. But in my view, if these trends continue, Canada will become a country known for its two solitudes, French and English, into a nation of multiple solitudes, which I truthfully believe has already occurred.

What I think needs to happen in Canada, is a period of integration. I would go so far as to advocate for a five year ban on all immigration, including refugees and foreign students. The howls of racism would be great, in fact louder than Niagara Falls after a massive rain storm. Protest to such a move would be fully backed by all business types, as bad for the economy.

That being said, what is the point of having a nation if the past is forgotten, erased or ignored. Or the present good, hardworking and kind citizenry is maligned. The results can be devastating, as we are now witnessing in Europe.

I began with the story of me being named a racist, that is rare, but it has happened far too many times when I ask something of my clients. This is troubling. Whatever I do, is never done because someone is of a different colour or faith. Yet this old stock Canadian has been painted as a born racist and bigot by the mainstream Canadian media, higher learning centers and some of our political elites. This must end, it is having the effect of dividing Canada.

When “New Canadians” are bombarded with propaganda and then told over and over their native culture is superior to their newly adopted homeland, the result is predictable and evident.

Some see me as a relic of the old Canada that Sir John A. MacDonald set out to build and I need to be replaced. But I will not abandon our history, our culture and heritage. I urge all to remain steadfast for Canada. To quote the great hero of Upper Canada, General Sir Isaac Brock, “Push on!”.