Joseph Boyden: The Mind of an Anointed Writer 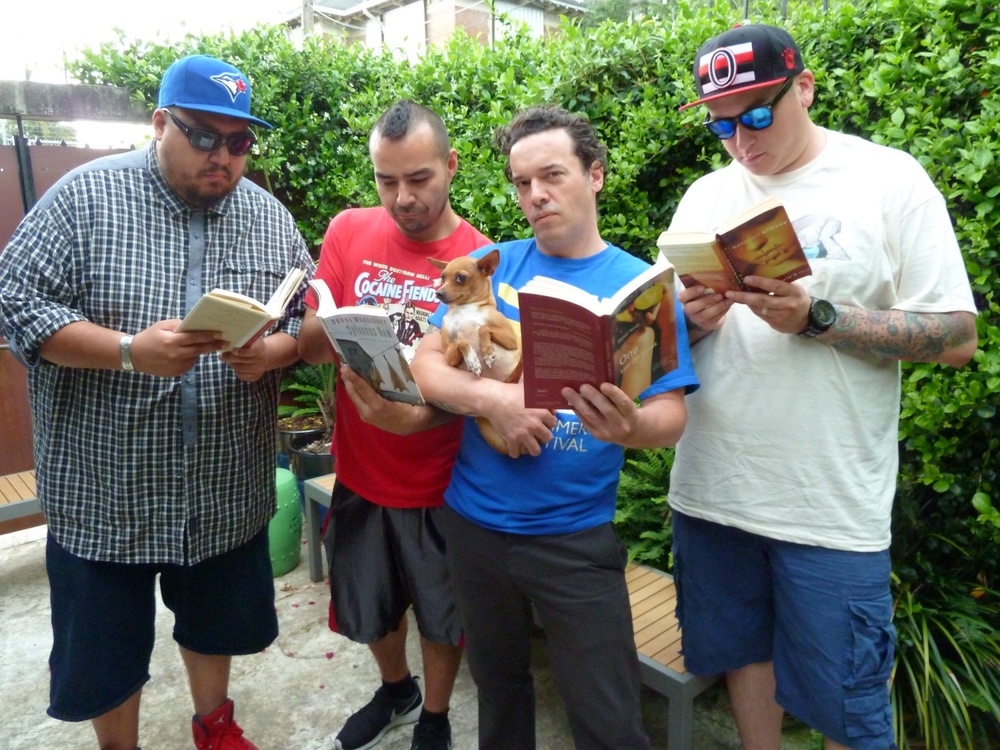 It is clear that Canada’s Arts Community, abetted by federal tax dollars and nurtured by the CBC, is among the most potent weapons of Cultural Marxism in this country. Wendy Mesley’s fawning, awe-struck interview with writer Joseph Boyden, an author whom Mesley declared changed the literary landscape of Canada, was a spectacular illustration of that sad fact (October 23, 2015, The National).

Boyden was recruited to make the point that writers can have an important impact on a nation’s political and social direction for the good. In fact, the title of the 9 minute segment was “Giller Prize-winning author and activist Joseph Boyden, talks about what compelled him to get involved in the federal election.” The fact that Boyden gave voice to a commonplace set of trendy platitudes and political correct buzzwords did not deter Mesley from characterizing his outspokenness as a mark of courage. Boyden himself observed that Canada is a dangerous place to speak your voice. Yes indeed it is — for those who challenge Leftist orthodoxy. Boyden obviously had little awareness that it was the hated Harper regime which removed Section 13 of the Canadian Human Rights act, which allowed identity groups to punish speech they disagreed with through the mechanism of various Kangaroo Courts, which had a chilling effect on discourse across the land.

Boyden was the perfect poster boy for all the things that the CBC champions. The arts. Social justice. Exposes of racism. Fair play for First Nations. Inclusiveness. Change. And open borders. Boyden was presented as an outsider adrift between two cultures, “living a life that still defies borders”, between Canada and “the vibrant and scarred city of New Orleans”. He was a man with a foot in each of his two heritages, Celtic and aboriginal, but not, as Boyden confided, feeling comfortable in either. Bingo. The CBC had in its hands another living example of “The Other” who could be portrayed in a sympathetic light. The outsider with a human face. Proud of his country but not captivated by its parochial prejudices. A man unafraid to stand up to bullies, to speak on behalf of those who can’t — a romantic characterization which cannot be further detached from reality, but is entirely typical for the self-perception of cultural Marxists, as the blogger Tyler Durden keenly observes:

The insane lie that cultural Marxists seem to have conned themselves and others into believing is that their “activism” is somehow anti-establishment. In fact, social justice is constantly coddled and supported by the establishment. From politicians to judges to media pundits to the blogosphere, the overwhelming majority of people in positions of traditional power (even in supposedly conservative circles) have been more than happy to become the enforcers of the social justice warrior agenda, an agenda representing a minuscule portion of the public. There is no establishment for the PC army to fight; the establishment bias works vastly more in favor of their ideology than any other. Cultural Marxists ARE the establishment.

As any CBC journalist can tell you, any intelligent being worthy of serious consideration must have a cosmopolitan perspective. And the best way of acquiring that sainted outlook is to live outside the country, à la Michael Ignatief, Steven Pinker, Buffy Saint Marie and Donald Sutherland. Do that, and you can come back and tell us how special Canada is, how open and tolerant we are, and must continue to be. Do it often enough and you can even be accepted into the CBC Pantheon of Great Canadians.

Spending time in America is an asset for a Canadian who wants a platform on the CBC. That way, he can contrast the evils of American society with the goodness of Canadian society, and lament that Canada, the Canada of Stephen Harper, is or was following the American path of racism, bigotry, exclusion and nasty partisanship where dialogue is impossible. Of course, only right wingers are partisan and nasty. Were there no right wingers, there would be no nasty partisans. What Boyden did — joining Justin Trudeau’s campaign to oust the race-baiter, Stephen Harper — was, one must conclude, entirely the non-partisan intervention of a citizen-writer who was only doing his patriotic duty. Boyden felt compelled to enter the fray to protect the Canada he fears will fall into same trap as Americans have and succumb to “the politics of divisiveness, of them vs. us. ” “We are not exclusive”, Boyden maintained. “My Canada is a Canada that is inclusive…a big loud family.” One suspects, however, that Boyden’s “big loud family” would not be inclusive of voices that he and his ‘progressive’ friends would judge to be ‘racist’ because ‘racists’, you see, have no right to speak. They would be the silent members of a small excluded family.

He made a point of registering his disgust with the Conservative agenda of banning the wearing the niqab in certain public settings, their talk of “barbaric practices” and their proposal to launch complaint line to report such practices. To think that Canadians would be encouraged to rat on their neighbours! What has this country come to? “What will become of our freedoms of religion and cultural of choice?”, he asked. Perhaps Boyden would do well to check out the kind of freedoms that Islamic countries and no-go zones permit, and think of the implications that growing Muslim enclaves will have for his ‘inclusive’ Canada.

As for snitch lines, I suppose that Boyden must have been in New Orleans when various ‘progressive’ provincial governments introduced “hate crime” hotlines that people could call to report racist remarks. Or phone numbers that people could call if they saw a parent swatting his kid on the bum in a supermarket parking lot to end a temper tantrum. And to think that a Canadian Prime Minister would dare to tell women what they couldn’t or shouldn’t wear. That would be like a feminist in the 1970s and 1980s saying that women who dressed up like Playboy bunnies or served as topless waitresses were degrading other women (remember that?).

Mesley asked Boyden why so many Canadians are taking up xenophobic attitudes. Is it fear? Fear of change? Boyden concurred. “I have always said that fear and hatred are the same. Hatred stems from fear.” The kind of fear exemplified by Stephen Harper’s “dog-whistle politics”, by “virulent, angry and divisive strategies”. He pointed out that “those in the know” understand that in twenty, thirty or forty years, Whites in America will be no longer be in the majority, that America will be a nation of minorities. And people who support the Tea Party are very frightened of that. Boyden finds it quite distressing that many Canadians are becoming like that too, but thankfully, with the election of Justin Trudeau, we can reclaim our true selves. We can get the word out that we are once again welcoming and ‘inclusive’. These days one can’t utter a sentence that is not inclusive of the word inclusive.

Mesley’s interview with Boyden was formulaic. A nine minute commercial for social engineering in the CBC tradition. It was rife with classic clichés and familiar sound bites, but among them, this one was pure gold:

When you have so much, you don’t build higher fences, you build a bigger table.

That my friends, is the encapsulation of the Cultural Marxist agenda, Merkelism in a nutshell. It is the resplendent exhibition of the workings of a Right-brain mind, the mind of an artist. Caring, compassionate, empathetic, sensitive, welcoming and don’t let me forget, “inclusive”. A mind of mush.

In Canada, as Justin said, everything is possible. And everyone is welcome.