The Failure of the French Canadian Immigration Strategy 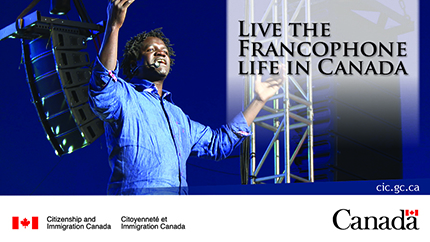 There is currently one million French Canadians living outside of Quebec, including around 300,000 Acadians. Over the last few decades, thanks mostly to political correctness, these communities came to redefine their identity on purely linguistic terms. The ethnic term “French Canadian”, which described people of French descent, came to be understood as a Canadian speaking French without any reference to culture, ethnicity or religion. In the 1960s, before the Quiet Revolution in Quebec, Quebecers considered themselves to be French Canadians. On the other hand, Acadians, acknowledging their differences and their unique heritage, always rejected the term.

There was a bond of solidarity unifying French Canadians living outside Quebec and those in the Belle Province. However, with the Quiet Revolution that brought about the rise of Quebec’s neo-nationalism, a nationalism purely based on provincial status and autonomy demands, the cultural and ethnic solidarity that united French Canadians vanished. The communities outside Quebec found themselves isolated and without an ally to defend their linguistic rights like French schools and services.

These communities came to see language as the sole difference between them and the majority of Canadians, totally forgetting that their identity could not be reduced to a single aspect of their life. The French Canadians’ prime objective became to secure their linguistic rights, and when Ottawa started talking about promoting Francophone immigration in provinces where French minorities existed, the French Canadians welcomed the move and embraced the promotion of multicultural immigration, as long as it was French speaking immigrants. In 2002, the liberal Minister of Citizenship and Immigration, Denis Coderre, launched the Strategic Framework to Foster Immigration to Francophone Minority Communities.

The leaders of French Canadian communities started championing higher immigration rates and trying to attract new immigrants to their communities in order to increase their percentage of the population and therefore give credence to their linguistic demands. If their communities increased in demographical weight, their demands could not be rejected. French Canadians, like most European derived people, faced a declining demography thanks to the low fertility rate that plagued them, and, like most European peoples, saw immigration as the miraculous solution to their problems.

This seemingly logical strategy proved to be extremely short sighted for many reasons. First, French Canadians’ rights were historically justifiable; French Canadians being one of the two founder peoples of Canada. Where they were a minority, they could always invoke their status as founders of Canada to back their claims, but if the French speaking communities become mostly made up of immigrants, why would these immigrants receive services in their own language while more numerous Chinese or Hindus be denied these same rights? Or, as French speaking immigrants start gaining ground over French Canadians, would they not start acting as the true representatives of the French heritage in Canada, pushing the Quebecois aside as senile leftovers from the past?

Furthermore, these new immigrants joining the ranks of French Canadian communities seldom reduce their identity to the sole linguistic aspects. They consider themselves to be Muslims, Blacks, Haitians, North Africans, etc. The fact that French Canadians have sabotaged their own organizations to become a purely linguistic lobby ultimately works against them, because, as previously mentioned, without the historical argument, as a founding people who were instrumental in the creation of Canada’s institutions, French Canadians have no more legitimacy than any other group.

For instance, in Vancouver, Francophones represent one percent of the population while immigrant languages are spoken by 40%. Rights and privileges granted to Francophones for historical reasons become null and void if French communities become a solely linguistic club representing French speaking immigrants. Why would a freshly arrived Haitian receive services in his language and not the more numerous Chinese?

The Sainte-Jeanne-d’Arc school in Edmonton also shows the failure of the immigration strategy for French Canadians. Immigrants represent around 20% of Edmonton’s French community. When school resumed in September 2014, a petition demanding Black teachers was presented to the school administration. For the 500 people who had signed the letter, it was unthinkable that there was no Black teacher in this school. Therefore, it proves that immigrants, unlike French Canadians, do not reduce their identity to language only, but include racial identity. If French Canadians are ready to sacrifice their identity and consider themselves to be Canadians speaking French without any other specific interests to defend, other groups are not following them in this path.

The case of the “Association canadienne-française de l’Ontario” that had to change its name for the less ethnically connoted term “Assemblée de la francophonie de l’Ontario”, in order to show more inclusiveness, is also telling.

We have also seen in the last decades a disturbing trend; we have seen French Canadians preferring to associate with Muslim Francophones rather than Anglo-Canadians despite the fact that they share the same religion, a similar culture and a common history. Language has become for too many of them the sole issue at stake. If French language rights are indeed primordial and must be defended, it must be done in an intelligent way, not against their ethnic and cultural interests.

In fact, with immigration, French minorities became a less significant minority, its percentage of the population ever diminishing, even if we only take into consideration language. The place of French in Canada and even in Quebec is decreasing because of the combined effect of a low fertility rate and immigration.1 French Canadians are working against their very interest by adopting immigration as a strategy to further their goals; in the end, they will probably become extinct if they do not realize that their identity cannot be summarized by language.

[1] Statistics Canada: French and the Francophonie in Canada