The Face of the NDP — A Working Class Party No More 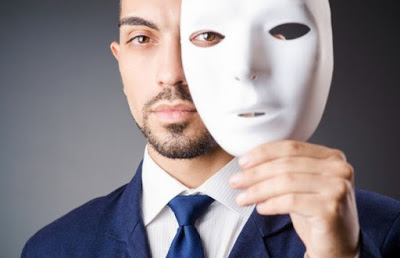 Behind the mask of a workers’ party lurk the privileged, wine-drinking, CBC-listening white collar sophisticates dripping with contempt for the great unwashed while claiming to speak for them.

Meet the NDP candidate for my area, the new riding of “North Island-Powell River”:

Hmm. Sounds intriguing. What exactly is the “Immigrant Welcome Centre?”

The Immigrant Welcome Centre provides front line services to support immigrants in the process of navigating Citizenship and Immigration Canada (CIC) and to assist with settlement. Creating a community environment that is welcoming and inclusive for newcomers, the Immigrant Welcome Centre works with individuals, families, businesses, and other local organizations to provide referrals for services… These services help both attract and retain newcomers to the community.

And what kind of services and programs are these? Take a guess. Time’s up.

Notice that the promo is laced with all the usual jargon. I mean, what would Multi-Cult propaganda be without buzzwords like “welcoming”, “inclusive”, “racism” and “diversity”. The mantra of morons.

Mass immigration and MultiCULTuralism. Can there be a more toxic formula for the ongoing destruction of our European-based culture, and Canada’s working class? Oh dear me, I used the term “working class”. That really dates me, doesn’t it?

It seems that I just can’t seem to get it out of my head that once upon a time the NDP, and its predecessor, the CCF, were “working class” parties who actually had working class members in their ranks. Some of them were even leaders, like the leader of the British Columbia NDP in the 60s, Bob Strachan, who was a carpenter — a man like my father and my uncles. Tradesmen. Loggers. Miners. Fishermen. Straight shooters who went through the Depression and the War and were unafraid to say what they thought. Political correctness? They wouldn’t have put up with it.

But that was long ago. Now, like Labour and Social Democratic parties elsewhere, the NDP is filled to the brim with lawyers, teachers, social workers, planners, academics, and wine-drinking arts community snobs who live in the CBC matrix. People who have little contact with ordinary workers, whom they privately disdain as ignorant and uncultured. People who are not subject to the vagaries and discipline of the market place, but secure in the bosom of the public sector, sucking taxpayers’ tits, the beneficiaries of dental care, vision care, paid sick time, lengthy vacation time, indexed pensions and perks that workers in the private sector, especially those in small businesses, could only dream of. People of conditioned hypersensitivity who must be protected by “Diversity Awareness and Sensitivity Workshops”.

I worked among men like my father, men from Canada, Italy, Portugal, Germany and Eastern Europe. They cursed in various languages and traded ethnic slurs as they laughed. They had no need for ‘diversity awareness’ or sensitivity training. They didn’t make a career out of being offended, nor did they whine about “harassment in the workplace”. I was harassed by my German supervisor every hour of every working day, as were the labourers I worked with. The Italians and the Portugese. But they were men, so they didn’t cry about it.

The NDP is not a working class party and hasn’t been for half a century. It is a party of the privileged. The white collar bourgeoisie. There is not a dirty finger nail among them.

Candidate Blaney is the incarnation of everything I despise. Can you imagine the rage I feel when I drive up my street to see four Blaney lawn signs ? I feel that I am a soldier trapped behind enemy lines. According to the 2011 election results, 60% of the roughly 2500 voters who live in my island community voted NDP. Bright orange NDP signs litter the streets and boulevards, often paired up with “I Vote CBC” signs. Surprised? CBC Pravda is the oracle of Leftist bullshit, subsidized by my tax dollars.

As far as I can determine, none of the people with these bright orange signs are blue collar workers earning a paycheque in the private sector. A telling fact, don’t you think? Most are in the Arts Community, a public sector union, or are retired public sector workers. Retired teachers, counsellors, social workers — you get the picture. And oh, by the way, all of them are white. In other words, they are the kind of people who are insulated from the competition of cheap foreign labour. The kind of people who revel in “diversity”, who like to eat “Thai”, who rely upon the CBC to tell them what to think. Smug and condescending, they are too ignorant to understand the depth of their ignorance.

“They are the kind of aloof people”, a German friend observed, “whom Germans describe as being from the ‘Rotweingürtel’, which translates to “red wine belt”, referring to the fact that they live in the safe, affluent and green suburban communities, removed from the crime, dirt and ‘enrichment’ of the inner cities, where they can muse in their garden with a glass of wine in their hand about the nativist proles who dare to object to their enforced enlightenment by multiculturalism and third-world mass immigration. In other words, the total hypocrites.”

“Walk Away from Racism”? How about walking away from anti-white racism? From white guilt and self-loathing? From “employment (in) equity” and “affirmative discrimination”. From campus speech codes and kangaroo courts. From subsidized multicultural-schism and the tri-partisan policy of mass immigration which has displaced native workers, driven down their wages and increased the gap between rich and poor. That’s right. Rachel Blaney’s NDP, the party whose raison d’etre is supposed to be the promotion of greater income equality has been a cheerleader for a policy which has achieved the exact opposite of that objective.

According to the Canadian Census report of 2006, between 1980 and 2005, the median earnings of Canadians (in constant 2005 dollars) increased by 0.1%. In other words, nil. The earnings of the poorest quintile fell by 20.6% while the earnings of the richest quintile rose by 16.4%. That my friend, is mass immigration-driven population growth.

This is the kind of Canada that the NDP and the likes of candidate Rachel Blaney would describe as “Welcoming”, “Inclusive” and “Diverse”. A Canada that has had the highest per capita immigration intake in the world when the unemployment rate is at 7%, and the fastest population growth rate in the G7 group for more than 8 consecutive years.

How is that working out? Do you think that Canada’s “poorest quintile” — the bottom 20% of income earners — are feeling ‘welcome’ and ‘included’ right now? Do you think they feel enriched by ‘diversity’ and positive about hyper-immigration?

Social democrats need to understand that mass immigration hurts the very people they claim to represent. They need to understand that according to Harvard’s Robert Putnam’s research, more ethnically diverse societies become more hostile to wealth redistribution and welfare spending. And that according to Monash University’s Bob Birrell’s findings, diversity erodes civic trust and participation in civic affairs. In fact, it appears that there diversity and income equality are inversely proportional.

Don’t believe me? Check this out:

Here is a list of American states ranked according their Gini co-efficient.

And here is a list of American states ranked according to the proportion of the population that is Euro-American.

Notice the correlation? Diversity and economic equality don’t exactly go together like a horse and carriage. In fact, they go in opposite directions.

The working class has no party — and no voice. The NDP is an imposter.

I have absolutely no one to vote for. Again.