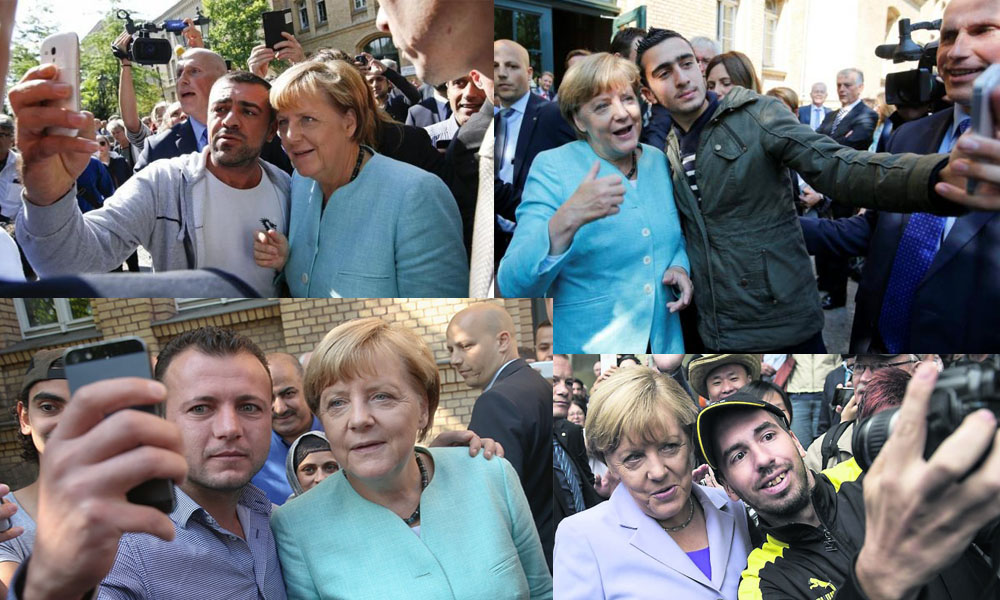 History and Role of Germany in Europe

The European Union claims to be a grouping of equal states, but in reality Germany and France are the real powers behind this obviously un- if not anti-European union. Germany has the largest population of any member state and the strongest economy; her chancellor often speaks on behalf of the entire union. Germany has been a major factor in the expansion of the EU eastwards and the creation of the common Euro currency. Indeed, even if the EU didn’t exist, Germany would still be an economic powerhouse.

Throughout much of Europe’s history Germany has been a leading if not the leading political and/or cultural force. In 962 AD the German king Otto the Great was crowned Holy Roman Emperor by the pope. By that point Otto ruled the most powerful country in Europe which had been cemented by his victory over the Magyars in 955 AD at the Battle of Lechfeld. R. W. Southern wrote that Lechfeld, “had a place in ensuring the territorial stability of the Europeans perhaps not less important than Marathon in the formation of Greece.” (The Making of the Middle Ages, p. 12). In other words, Germans created Europe as we know it. In that same monograph Southern goes on to describe how the centres of knowledge and learning moved east from France into Germany and an Ottonian Renaissance appeared in Germany.

This lasted until around the 13th century when, from that time onwards, the largely German Holy Roman Empire began the long process of disintegration and for much of the 17th-19th centuries Germany was a battleground for armies from across Europe. Even so, it continued to have a profound impact on European development. Religious figures like Martin Luther; philosophers like Kant, Schopenhauer and Nietzsche; musicians like Bach, Hayden, Mozart, Schumann and Wagner; writers like Herder and Goethe; and scientists like Humboldt, Gauss and Haeckel are but a few examples of the Germans who have greatly influenced the Western canon of art, religion and science.

After the creation of the German Empire it quickly developed an industrial economy that surpassed Britain’s and even the disasters of two world wars has not defeated Germany’s economic performance. It is perfectly natural for Germany to have a leading role in Europe and it is high time they start acting like leaders.

The leaders of Hungary, Czech Republic, Bulgaria and other eastern countries — and evidently Denmark as well — seem to be the ones attempting to turn the tide of migrants from the Afro-Asiatic world. But as much as I’d like to hope their steadfastness would be enough to influence Germany, France and others, in the end none of these countries have the political or economic power to influence the EU.

The media’s poisonous influence is felt everywhere in the lands of Greater Europe, but it is especially horrid in Germany where the past 70 years have seen that country browbeaten over the whole Nazi issue. Of course, as I am sure you are all aware, the main problem isn’t so much that Germany had a totalitarian government or even that they were expansionist, but the Nazi genocide aginst the Jews. There is a spectre haunting Germany; the spectre of the shoah industry.

Today, nobody reminds Germans many decades born after the events of WWII more penetrantly of Hitler and the Nazi ghost than German left-wingers. Just take this article written for the BBC by Heribert Prantl, chief opinion maker of Germany’s largest non-tabloid newspaper Süddeutsche Zeitung:

Germany has two societies: one is enlightened, open, knowing that a good future depends on inclusion, and on making the four million Muslims living in Germany really feel at home. This generous society also knows that Europe cannot cut itself off and that a fortress Europe is absurd in a globalised world. Mrs. Merkel is now in the vanguard of that civil society. But alongside it is a second society, uncivil, noisy, hostile to foreigners, displayed in the so-called Pegida rallies in recent months.

Those damn patriots in PEGIDA, don’t they know it’s the current year!? Don’t they understand that White countries need to say yes to hordes of Africans and Muslims if they are to fulfil their destiny as progressive nations!?

Countries are supposed to protect their native populations and culture; not open themselves up to foreign conquest. This has been a basic and universally understood notion for all of human history up until this point. Cretins like Prantl rarely if ever care when non-White countries keep their borders closed. Despite everything the system media is doing in Germany, France, Britain and Sweden, a great many Europeans have made it clear they will not accept their countries becoming colonies for Afro-Asiatic Muslim hordes. Thilo Sarrazin and the PEGIDA movement are two prominent examples of public anti-immigration activism in Germany. No doubt such persons/movements will only increase as this crisis becomes more acute and desperate. But despite all their pretensions at democracy German leadership has shown itself to be against the will of the people. Germany’s fat oaf of a Chancellor is better loved by illegal and economic migrants who call her “Mama Merkel” than German voters.

Like Orbán, Merkel is a product of Soviet communism, but unlike her Hungarian counterpart she has not rebelled against the smug internationalist heresy and instead embraces it. Partly this is due to the ever present spectre of the shoah, but partly it is also because of Germany’s current geopolitical position. Not only does Germany have the largest population of any EU member, but it also has the most aged. It is no wonder that as a result Germany has the largest percentage of migrants residing in it; 20% of its legal residents, excluding this year’s mass influx, are foreign born or have at least one of their parents born abroad; half of them have immigrated from extra-European countries.

White countries the world over are experiencing demographic decline, but it is far worse in Germany. In fact, the German birth rate is the lowest in the world. Instead of promoting native births the Germans – like all Whites – have opted for population replacement. Migrants = euros. As James Kirkpatrick notes, migrants are also useful as a tool to bludgeon restless eastern states with. Recently, Germany actually closed its borders to migrants, but do not expect this to mean they have woken up. Merkel’s grand coalition of Christian and Social Democrats fully intend to keep taking these people in, but they are hoping to force their eastern neighbours to as well. One might think instead of imposing on less pliable states, the EU would just not have expanded in the first place, but of course that defeats the purpose. The EU is run by internationalist minded individuals who have no loyalty to kith and kin, blood and soil; they care only for power and money. And I believe it is fair to say they have drunk the kool-aid that is cultural Marxism and truly believe in what they peddle.

The fact is nothing is inevitable and taking a hardline stance against border-breaching migrants works incredibly well. It is working excellently for Israel and it is also working for Arab states like Saudi Arabia, whose fences and walls are actually even built by German contractors. There is no reason for Europe to open itself up to Islamic conquest, especially as Europeans should well know from their own history what happens when Muslims take over. The minarets rising into the sky to the side of Constantinople’s venerable Hagia Sophia should be a reminder for her ‘leaders’ plagued by an Alzheimerian lack of sense for Europe’s history.

Some things are more important in life than appeasing leftist drones, centralizing and expanding empires or even making money. Namely the cultures and heritage of one’s own people. At this point already, the products of legal migration have proven a major problem for Western Europe, including Germany and France. Massive spikes in rape, murder, theft and other crimes as a result of legal migration have already occurred from Birmingham to Chemnitz and Stockholm to Marseille; why would opening the borders to “refugees” have an opposite effect?

The heart of Europe is in charge of an entity whose name is a complete misnomer. The European Union is anything but European, and most European state-leaders are anything but pro-European. Although Germany wields an immense influence in the EU which could be well put into effect to stop the migrant invasion, Merkel watches idly a Völkerwanderung pouring across the German borders, while desperately trying to coerce the appalled Eastern European nations into resettling the economic migrants who have been attracted by Germany’s overly generous social welfare benefits in the first place.

To the thunderous applause of the deluded leftist system media, a bad sign by itself, Merkel’s Germany has outwardly discovered a new political cult of pathological altruism, which in its long-term consequences will be no less disastrous to the fate of the continent than that of her mustached predecessor. It is again the ghosts of old which are haunting Germany, her compulsive feeling to let the world know of her moral superiority, but now twisted in a psychopathic U-turn against her own people. Multicult über alles, über alles in der Welt! is the new maxim Germany’s crazed self-abolishers are shouting down the alleys and into the face of the increasing number of furious German patriots who watch helplessly their country going down the gutter.

Is this the end for a thousand year-old culture, one of the world’s richest? Or is this the beginning of the revolt of the silenced majority sweeping the old elites away for good?