The Destruction of Richmond, British Columbia, through Chinese Migration 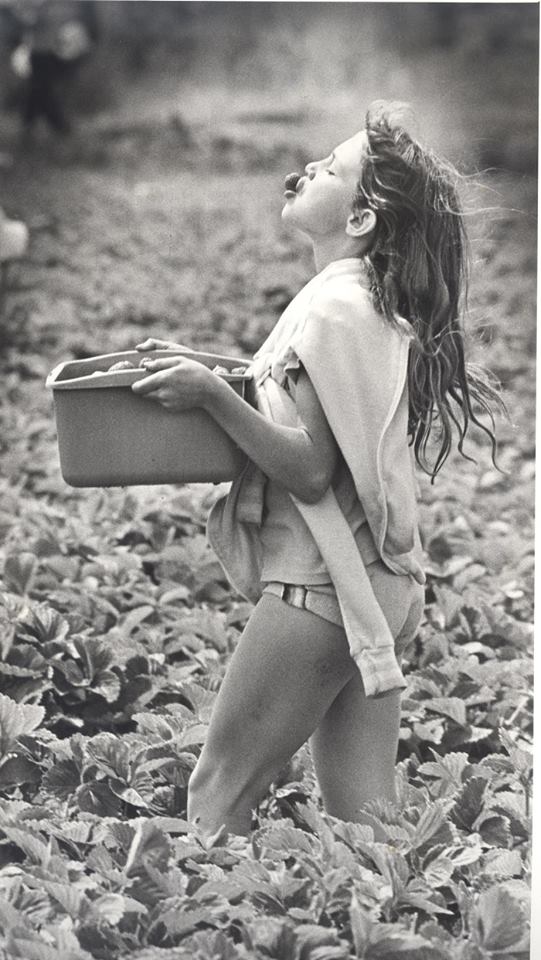 Chinese immigration into Richmond BC has transformed a once healthy, balanced, British city into a loud, crass, Chinese-only commercial land lot.

There is a recent article in Richmond News about the “international media attention” the city of Richmond has been getting of late in lieu of its demographic transformation from a rather congenial British town a mere two decades ago into a crass Chinese land lot plastered with ugly commercial signs in Chinese language only.

Journalists from South Korea, Japan, Germany, and other places, interviewed community activist Kerry Starchuk, who has been vocal in her opposition to the use of Chinese-only language signs and overall Chinese take-over of the city of Richmond. They were also wondering if this city served as yet another warning example of what happens when Chinese immigrants are allowed to settle without opposition. They cannot believe what has transpired in Richmond, how did Canadian leaders not only stood-by but celebrated the demographic shift of the city from British to Chinese. The Chinese proportion of the population of Richmond has grown from 34% in 1996, 40% in 2001 and 45% in 2006, to 47% in 2011.

Well, as the saying goes, the proof of the pudding is in the eating.

Kerry Starchuk lives in Richmond and she informs me that wherever she goes she sees garbage piled up on the street. This is so despite fact that a $5 purchase for a voucher from the City of Richmond entitles a resident to dispose of large household items. With a bit of effort they can all dispose responsibly of unwanted belongings.

But the Chinese who have colonized Richmond have no sense of environmental ethics. It is amazing how naive Westerners continue to be about China’s alleged investment in wind energy, an illusion expressed by Justin Trudeau, leader of the Liberal Party, when he voiced admiration for China’s “green” policies. Many academics reprimand their White students over their lack of conservation while making reference to the Confucian/Taoist “respect” for nature.

The fact is that economic development in China, as historian Mark Elvin put it, has been characterized by “three thousand years of unsustainable growth”. In his book, The Retreat of the Elephants: An Environmental History of China (2004), Elvin refutes the notion that Chinese culture was harmoniously connected to the environment. Chinese culture since classical times was very hostile to nature. China was filled with wild animals in the past, but with their eating habits, massive population since ancient times, mega projects such as the Grand Canal built during the Sui dynasty (581-618), hundreds of species were cruelly driven to extinction. Elephants once inhabited most of the region that became China, until they were utterly killed and driven to extinction by the nineteenth century for the sake of ivory trinkets, or simply exploited to the death for work and warfare.

The current Chinese lust for animal parts for sexual pleasure and longevity is not new, as this book shows, the Chinese have being carrying a 3,000-year “war on animals” without mercy. Don’t be mislead by cute words about “traditional medicine”, this medicine is about exploiting rare animals to satisfy the ridiculous eating and medicinal/sexual habits of the Chinese race. Read this article: Extinction By Traditional Chinese Medicine — An Environmental Disaster.

This destruction of Nature has accelerated, reaching an extreme degree in recent years, but this time the Chinese are taking their destruction to other countries, while protecting their own environment. As reported on August 7, 2015, China’s Craze for Fancy Chairs Is Killing the World’s Forests; at the same time that the Chinese Communists have passed laws banning logging within China, this barbaric country refuses to ban the import of illegal wood, becoming instead the leading market for imports of wood. For example, in 2012, the rapacious Chinese consumed 80-90 percent of Papua New Guinea’s timber, over 90 percent of Mozambique’s, with massive demand for precious red wood consistently exceeding the legal limit, from Myanmar, Cambodia, Congo, and Brazil. When a Shanghai flooring company representative was asked about the illegal destruction of forests in the world, he replied, “I don’t really care” how our suppliers get their wood, all that matters is satisfying the bloated Chinese demand.

Real estate signs and various advertisements litter the roads. The Chinese colonizers view the public streets created by Whites as nothing but venues for free advertising for Chinese-only private businesses.

Western multiculturalists have this illusion that immigrants are “enriching” their lands culturally. They don’t realize that the idea of comfortable, public-oriented towns, with clean parks, and wide open spaces, is uniquely White. Asian cities are cluttered with signs, polluted with noise and lack of sanitation. To some degree, notwithstanding laws about sanitation in Canada, these habits will be reproduced as the colonization of Canada accelerates.

When an older house is sold, it is almost always demolished. Why are they destroying perfectly good houses, only to replace them with incredibly ugly looking “monster houses”? Many construction sites are a total disaster. Most of them are not cleaned up between the start and finish of the project. More and more we see port-o-potties on the street, even though there is room on the construction site. Where is the respect for neighbors?

Westerners are deluded with this image of Eastern people as “deferential” and “respectful” of past buildings and artifacts. They were this way for lack of innovation and entrepreneurship, but once they got a hold of Western technology, their style of development has been one of utter demolition of everything that was not “new”. This is understandable since the bulk of their past buildings were dirty and worthless, but some were “historic”, and these too have been very often demolished without second thoughts.

You think I am just saying this? The Council of European Canadians always documents its claims, read this article: China Loses Thousands of Historic Sites. If this is happening in their own countries, what do you think will be their attitude in countries that are culturally alien to them, combined with the fact that our own native European leaders show no respect for our heritage?

Westerners don’t realize that “diversity” is a code for the replacement of Whites, and that means when a city is populated by majority Chinese, Muslims, Africans, or Mestizos, it is deemed to be a successful case of “inclusive racial harmony”. But when the city has fewer immigrants or less non-Whites it is vilified as a city with “white supremacy”.

Richmond Used to Be Welcoming

It has been heartbreaking for Kerry Starchuk to see her once beautiful city go down the drain. Where does the responsibility lie, she asks? Is it City Hall lacking the will to enforce by-laws already in place? Starchuk tells me that never in a million years would she have imagined living in such chaos. She wonders if she should have taken the advice of a top City Hall official who told her back in 2011 that she should sell her house now that the ‘value’ of real estate in Richmond was sky high. “Take the money and run”, he said facetiously. But she does not want to run away from the home where she raised her five children. She does not want to give in to alien Asians dictating the look of the city.

Starchuk tells me that her grandma was born in Steveston in 1901 and died there in 1997. She never wanted to leave Richmond. For the last five years Starchuk has wondered if she should leave in light of the ongoing Chinese noises and dirty construction of monster houses, after living in Richmond for 50-plus years. She asks herself is it going to get better, or will she have to move away, as so many other long-time residents of Richmond have done.

Historic Richmond When It Was White and Truly Harmonious