Saxony Created Western Civilization, Saved It, and May Save It Again 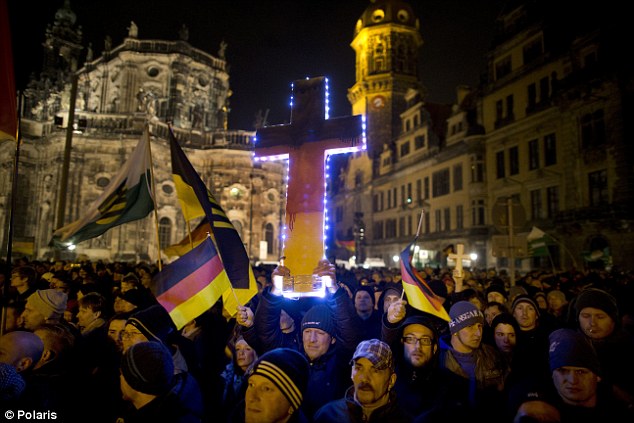 Defining civic characteristics of the West are individual rights, property ownership, just law, transparent business dealings and responsible government. How these concepts became dominant in Northern Europe and only later, and to a lesser extent, elsewhere rests on the actions and statements of two Saxons.

The first is Martin Luther, a Roman Catholic friar in 1517 in the town of Wittenberg, Saxony, and the second is his ruler, Frederick III, Elector of Saxony.

First some background. A united Germany didn’t exist at the time; instead there were scores of states, principalities, duchies and cities grouped loosely under the Holy Roman Empire. A far more powerful and structured organization was the Roman Catholic Church. The Church told its followers about the horrors of Purgatory and Hell and then, conveniently, offered the sale of “indulgences”, or redemptions from sin. This was a highly lucrative business, so much so that some princes allowed the practice and took a cut of the proceeds.

Luther objected to the concept and wrote a document entitled Disputation of Martin Luther on the Power and Efficacy of Indulgences which came to be known as The Ninety-Five Theses. This was promptly sent to Rome, the Pope demanded a retraction, Luther refused, and was ex-communicated. It fell to the secular authorities of the Holy Roman Empire to enforce the sentence. At a conference, the Diet of Worms, the Emperor declared Luther an outlaw and required his arrest. He was under the threat of death.

Here enters our second character, Frederick III. In the nick of time, he spirited Luther away and provided protection for him at Wartburg castle in Eisenach. His reason for doing so was partly because he agreed there was widespread corruption in the church and partly to weaken the authority of the Emperor. Now the cat was out of the bag. A German translation of the Ninety-Five Theses created a sensation that had the whole country in an uproar. Priests, bishops and princes supported Luther and declared their independence from Rome. This resulted, nine years later at the Imperial Diet of Speyer, in a compromise that allowed Lutheran rulers and city officials to regulate church matters.

Confused? Don’t be. This was, in effect, a tax revolt by German princes and electors followed by confiscation of religious property. Luther provided the ecclesiastical argumentation; the princes got the gold, buildings and estates and the people got the chance at personal redemption.

The fallout was profound. If individuals could make peace with God independently, then individual rights were innate. The princes, by supporting Luther, were also perforce supporting his argumentation on individual rights and his emphasis on the values laid out in the Old Testament, such as the right to life, ownership of property and self-defence (Exodus 22:2). The other big effect of what was now called the Reformation was a split in the Christian church between Protestants and Catholics that led to numerous religious wars in the years ahead.

I want to make a point here that is usually overlooked. Countries in Central and Northern Europe went Protestant while countries in the South did not. Since Luther’s argumentation was non-political the reason some peoples followed his lead was because of the people, not the argumentation. In other words, Protestantism sprang from the people and their princes; they were protesting foreign control. Other people in other countries, did not protest authority. In this sense, it is not Luther we should be celebrating, but the Saxon heartland from which he sprang.

Wikipedia starts its essay on the Protestant Work Ethic by saying, “Protestants, beginning with Martin Luther re-conceptualized worldly work as a duty which benefits both the individual and society as a whole.” It then goes on to suggest a link between sober, honest toil of the individual and the success of nations.

The Protestant work ethic is often credited with helping to define the societies of Northern Europe and other countries where Protestantism was common (for example, the Scandinavian countries, Latvia, Estonia, the Netherlands, Germany, Switzerland, the United Kingdom, Canada and the United States of America.)

These are all countries of what we think of as ‘The West’ and include both the strongest economy in Europe and the strongest in the world. Looked at another way, these are the countries that millions of Asians, Africans and Latin Americans want to emigrate to because they have vibrant economies, transparent business dealings, relatively honest politicians and a social safety net. They want to emigrate to the West because other models of business and government have failed to produce the same abundance.

Conventional wisdom is that Protestantism, the Protestant Work Ethic and the moral codes on which it was based deserves all the credit. Certainly they deserve some of the credit, but just as clearly the people who adopted Protestantism — the Central and North Europeans — deserve just as much. Ideas are one thing; putting them into effect is another. If German, Dutch, English and Scandinavian workers, businessmen and politicians hadn’t walked-the-walk Protestantism would have been just another failed Biblical sect.

Back to my story. Many assume all this is preordained, that it couldn’t be any other way. They would be wrong. Twice, in 1529 and again in 1683, Ottoman armies from the present day Balkans and Turkey, invested Vienna and very nearly defeated the Austrian defenders. Had they done so the history of the West would have been very different.

They could not, and did not, expel Islam from further south and Greece didn’t get rid of its Muslim overlords until 1821. If you want to understand why Germany has a strong economy today and Greece does not, there is your answer. Four hundred years of Islamic rule would ruin the morals of any country as it certainly has for the Greeks.

This brings us to the present day where Islamic hordes are once again on the march, this time as refugees, economic migrants, immigrants and illegals. Europe is currently being swamped by hundreds of thousands of immigrants from Central Africa, the Middle East, Near and Far East Asia. This is because Europe is again blind, as it was in the Middle Ages before Martin Luther, to a central truth of civic life. That truth is that you can’t have a prosperous society if part of it doesn’t agree with clear, open, fair rules.

And once again, as in the past, there has been a reaction in Saxony. Saxons, who were the first to call for the Berlin wall to come down in massive demonstrations, began demonstrating last year against the Islamization of Europe. This led to the founding of the Patriotische Europäer gegen die Islamisierung des Abendlandes (Patriotic Europeans Against the Islamization of the West), the PEGIDA movement.

It is also where a new leader has come from for a new party dedicated to curbing immigration, the Alternative für Deutschland (AfD) political party. The new leader is Frauke Petry, a scientist, businesswoman, mother of four and, incidentally, the wife of a Protestant pastor in Tautenhain, Saxony.

It is almost a ring cycle. Saxony gave us Protestantism, it helped defend it from Muslim invaders and now, today, it has given the West a leader married to a Protestant pastor who opposes mass immigration; invasion by another name. We should all turn to Saxony and say thank you for creating our society, helping save it and now warning us again to return to the battlements.