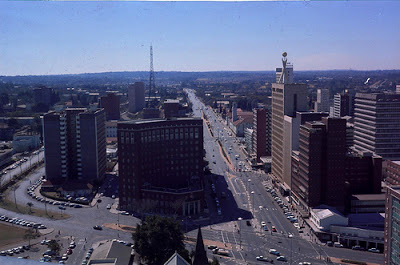 An anecdote that highlights Trudeau’s hypocritical view of the world and his anti-White bias.

With elections around the corner and Justin Trudeau trying to be elected as Prime Minister, an anecdote about his father came to my mind. Some would say it is unfair to associate Trudeau’s son with the father, but Justin’s whole career is solely based on his name and on his father’s past popularity. If it were not for his famous last name, Justin would not even be considered as a candidate in a winnable riding.

I will not come back to Pierre Elliott Trudeau’s disastrous policies regarding our society, such as gun control, massive Third World immigration, justice, government spending and multiculturalism. Many articles and books have been written on these topics and cover Trudeau’s destruction of Canada better than I could. Meanwhile Canadians continue to endure daily his legacy. What I am about to tell you is simply a small anecdote that highlights Trudeau’s hypocritical view of the world and his anti-White bias.

On September 23rd, 1975, Prime Minister Pierre Elliott Trudeau was supposed to participate in the opening celebration of the World Plowing Championship being held in Oshawa. At the last moment, he decided to call off his participation in this event and return to Ottawa, delaying the opening of the championship. The reason? He “didn’t feel it was proper for the Prime Minister to open a plowing match in which the Rhodesians participate.” The secretary of the World Plowing Organization, Alfred Hall of Great Britain, responded by saying, “this is why we like to keep politicians away from plowing… it’s back to bloody kindergarten.”

The hypocrisy of such a stand was blatant. Trudeau had been a personal admirer of Mao Tse-tung since 1950, the year when he was in Shanghai and the Communists had taken over China. A decade later, he was in Peking to celebrate the revolution, a revolution that led to the deaths of tens of millions of Chinese, either during the revolution or under Mao’s tyrannical imposition of a cultural revolution in which an estimated 45 million Chinese were killed in an effort to instill Marxist values. Prime Minister Trudeau continued to hold Chinese communists in high esteem and was the first Western leader to recognize Mao’s China.

His recognition of totalitarian China was not the only occasion in which he showed his respect to Red dictatorships. Not long after the Soviet tanks had crushed Czechoslovakia, in 1971, Trudeau welcomed USSR’s Premier, Alexei Kosygin, to Ottawa. A few months before, Trudeau had himself visited the Kremlin where he had stated that the USA was a bigger threat to Canada than the USSR. He also offered loans and grants to Castro as well as to African guerilla groups waging war against Rhodesians and South Africans.

The comparison between Mao’s China and Smith’s Rhodesia is striking. Mao’s rise to power cost the life of 44 to 72 million Chinese who died as a result of the purges, the Great Famine, the cultural revolution or in the Labor camps. In contrast, Rhodesia was a free country where Blacks enjoyed a better standard of living than in the rest of Africa. The rise of Robert Mugabe, first elected in 1980 as Prime Minister against white rule, and then as President of Zimbabwe in 1987, was a catastrophe for both Blacks and Whites. Not only were tens of thousands of people killed in the process by the infamous 5th Brigade, but the standards of living of Blacks has decreased dramatically to such an extent that many Blacks today openly admit that they were living better under Smith than Mugabe.

For the Rhodesian Whites the story is even more tragic. White farmers have become victims of expropriation, persecution and plain murder. The president has often called for anti-White violence and the remaining Whites live in constant fear of being killed or brutalized. Then, it is clear that Rhodesia even if Blacks were not allowed to vote was a better and more democratic place to live than China where no one was allowed to vote.

Thus Trudeau’s graceless stance against Rhodesia at the plowing championship and the many sanctions he imposed on this free country does not agree with his supposedly democratic ideals; Rhodesia was a real democracy, unlike the Red dictatorships with which Trudeau was enamored. Unlike Mao, Kosygin and Castro, Ian Smith had been elected in free elections. Did Trudeau hate Rhodesia because of its pro-white policies or because of its anti-communism? The question is left to the reader to answer.

What is clear is that Trudeau’s hypocrisy on September 23rd 1975 was obvious to many Canadians. A Toronto Sun reader, E. Carter, said it better in a poem published on September 29th of the same year:

Rhodesian plowmen! Get this clear!

Your Mr. Smith is most erratic.

He keeps the franchise from the peasants;

Trudeau has to shun your presence.

So, if you want to plow in Canada,

Enter your team as from Uganda,

From Peking, Kiev or Cape Town.

We must not let our standards down!

Nations must be beyond suspicion

To gain our formal recognition.

When you have made the World to see

Trudeau will love you too. And how!