Debasing the Currency: What Feminism Has Done to Sex, the Family and the Future 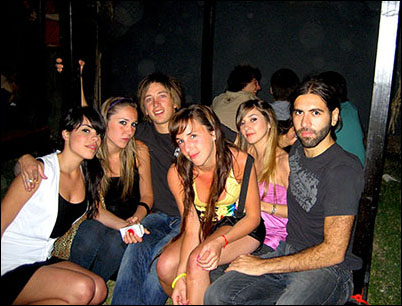 What are the implications when Western women reduce themselves to a sexual commodity and are no longer desired for the purpose of reproduction?

Western classical liberals — conservatives to you other folks — spend most of our time decrying Cultural Marxism, leftism and statism; macro political issues. But there’s another battlefront in the same war, the bar and the bedroom. When the fertility rate of Greece, to take one example of many, drops to 1.3 babies per female, you just know something else is going on besides politics.

One of the best current reporters of the war between the sexes is a 35-year old American relationship guru named Roosh Vorek who blogs on his own site, gives lectures and writes on how to pick-up women. He makes no bones about it; American women he says have reduced themselves to a sexual commodity and are no longer worth marrying or impregnating. Saying our grandfathers looked for women to be a source of “happiness, love and children”, he goes on:

…modern men are stuck with a different breed of women who care less about intimate relations and creating families than pursuing money, seeking validation and attention online, being trendy consumers, and satisfying their hedonistic needs with bad boys or clowns. A man who tries to emulate his grandfather by treating a modern woman with love or care is certain to get emotionally or financially destroyed.

So what’s left for us? How should we deal with the strong and independent modern woman? We should view them as oil wells that can provide a commodity that healthy men need to function properly: sex. Now that the emotional and familial purpose of male-female interactions are being eliminated, thanks to a woman’s demand for “independence”, a modern man should focus on extracting as many instances of sex from individual women as he can until the well becomes dry. Modern women are too broken, unreliable, and narcissistic to be give men anything reliable besides fornication, so this is what you must aim for if you want to get something out of the current oil boom. Any other strategy will result in disappointment and failure.

Love among the ruins indeed! Roosh has, he admits, given up on American women and urges his readers to do the same. He observes:

The toxicity of the West is spreading at such a rate around the world that being the emotionally damaged man, or at least simulating his behavior, is the best option for having any intimacy with women at all, no matter how deficient they are as compared to the days of our grandfathers. I guess you can say that this is not a good time for normal men to be living in.

So, what you ask, does Roosh blame for this transformation in society? He blames feminism, liberalism and progressivism for creating “Social Justice Warriors”:

The true definition of SJW is up for debate, but most generally it has become a catch-all term that describes feminists and liberals who actively try to solve the perceived social injustices of modern society by organizing in online communities to disseminate propaganda, censor speech, and punish individuals by getting them terminated from their employment. They have also been successful at positioning themselves in the upper echelons of universities, media organizations, and tech companies.

The ideas of SJW’s are completely relative, based more on who says what than what is said, and where the person saying it is ranked in the SJW hierarchy of perceived racial and historic injustices. He explains this lack of objectivity:

The lack of such objectivity in SJWism is by design. It’s borrowed from Cultural Marxist thought, which argues that objectivity and the idea of right or wrong is less important than consensus. The reason is that consensus can be easily accomplished by controlling the narrative — cultural facts, ideas, and memes that are possessed by a specific population. If one can manufacture consensus by controlling this narrative through domination of the media or by swiftly eliminating speech which goes against what “should” be believed, specific beliefs can be held even if they go against proven scientific thought or basic rationale. SJW tactics evolved by necessity to keep their ideology alive in a modern climate where science — even 100-year-old science — contradicts the bulk of their ideas.

If that were all Roosh had done — to link unmarriageable women to Cultural Marxism — he would have done a lot. But he doesn’t stop there; he too has a macro view of today’s society:

If you are to believe in Eastern philosophy, a limiting factor must come forth that ensures human beings don’t permanently disturb the energy balance of the earth, and in turn, the universe. You may think of a balancing force in the form of a nuclear war, a gigantic asteroid hitting the earth, or an extra virulent form of ebola sweeping through the world, but these are all physical limitations. Who is to say that balance can’t be achieved metaphysically, through ideas?

In the Western world, human beings, all of whom supposedly encode for genes that aim to reproduce to the limit of the food supply, as specifically stated by both Darwin and Wallace, are actively not reproducing even though food is in surplus. They are taking on behaviors and lifestyles that greatly limit their reproductive potential by engaging in contraception on a massive scale, aborting fetuses, pursuing material accumulation during their prime fertile years, and purposefully avoiding the emotional connection required for successful mating. They may appear on the surface to act as sex-crazed animals by engaging in hyper promiscuous behaviors, but they don’t reproduce like them.

There are various ways to try to come to terms with all this: hedonistic barren modern women, the totalitarian witch hunts they indulge in, the feminized passive men they ignore, the ‘bad boys’ they go for and the declining marriage and birth rates.

My analysis is that Cultural Marxism thinks it’s preparing society for a new utopia of harmony, equality and peace. What it’s actually preparing it for a take-over by a more masculine, vigorous and fecund society. The only one we can all see on the horizon is Islam, currently killing Western civilians in growing numbers.

Feminism seems ready to embrace these new barbarians with open legs. Well, they deserve each other. When you’re attracted to bad men with a totalitarian ideology, radical Islam is hard to beat.