This Land Is OUR Land: Euro-Canadians Will Not Surrender Canada 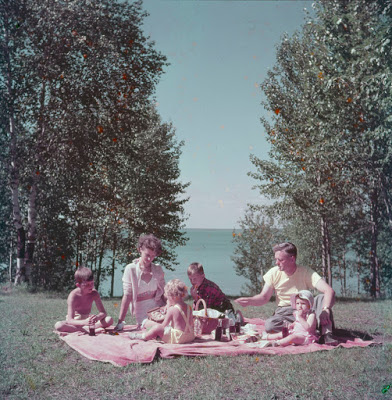 It has often been argued by the talking heads of the multicultural and immigration lobby that Canadians of European descent have no well-founded historical or moral case to assert that their culture should enjoy a predominate place or special status in our nation.

Many go even farther than that. Many argue that Europeans and their Canadian descendants invaded and brutally colonized this country, forcibly appropriating aboriginal land. We are what some radical native activists scathingly call “settlers”, occupiers who have no legitimate right to be here — even though many of us are third or fourth generation Canadians. We are told that Europeans did not “discover” or create or build Canada. The land was here before Europeans even conceived of it.

These arguments are fraught with a logical inconsistency and a confusion of terms.

Firstly, it is illogical to argue, on the one hand, that European colonizers and their descendants have no right to live here because they are occupying “stolen” land, and then to argue on the other hand that newcomers fresh from the airport should share that “stolen” land as full-fledged Canadian citizens with equal rights and opportunities. If Euro-Canadians have no legitimate right to remain here, why then should the latest batch of foreign migrants be exempt from this same judgement? Why should they be given a pass? If Euro-Canadians can be told, in effect, to “go back where you came from”, why shouldn’t “New Canadians” be told to do the same thing?

There is another contradiction in this line of reasoning. Multiculturalists accord Aboriginals a special status. They are “First Nations”. After all, they were here first — even though a great many tribes came to occupy land by the “ethnic cleansing” and displacement of other tribes. But if Aboriginal Canadians have “seniority” rights over Canadians of European origin, why then should not the latter have “seniority” rights over “New Canadians”, the great majority of whom hail from “non-traditional”, that is, “non-European” countries? Either there should be a hierarchy of citizenship — or cultures — or there should not. But the multicultural lobby is having it both ways, and Euro-Canadians are not “having it” at all. They are not acknowledged to be a founding culture, nor are they accorded the right to compete for job placements based on merit — recently arrived “visible minorities” are able to leap-frog into coveted positions in the name of employment “equity”. In other words, Euro-Canadians have neither seniority rights nor equal opportunity. They are the “ham” in the ham sandwich of “diversity”.

The multicultural “Party Line” needs to be de-constructed.

Yes, the ‘land’ was here before Europeans arrived. In fact, it was here before aboriginals first crossed the Bering Strait. But the “land” is not the nation. The “land” is not “Canada”. And one can’t credibly deny that the British and French were the primary founders of the nation called “Canada”. It should also be noted that the newcomers from “non-traditional” sources who arrived in the wake of the pivotal shift to Official Multiculturalism more than four decades ago most probably did so because they found this “nation” of Canada superior to the countries they left. That is to say, it appears that those accursed “White settlers” and their descendents didn’t do such a bad job of building this nation after all.

Multiculturalism is a social engineering project that turns Canada into a country resembling those that immigrants to Canada have fled from
Yet it is the multicultural project to transform this nation, the nation that immigrants have found so attractive, into something resembling the nations that those immigrants have fled. And it looks like they are half way there. In 1981, there were 6 ethnic enclaves in Canada. By 2010 there were 260. Obviously Canada is in the midst of a vast experiment in social engineering. The question we need to ask, as lab rats, is, “Is this really a good thing?” “Diversity”, we are constantly told, is a strength. In a masterpiece of Orwellian double-speak, the multicultural lobby assures us that there is “unity in diversity”. A look at the rest of the world, however, would not confirm this belief.

You don’t believe me? Then ask the people of what used to be Yugoslavia. Ask the people of Syria or Iraq. Ask Ukrainians. Ask Ruandans. Ask Sri Lankans. Ask just about every people in the world. You don’t even have to look far. Take a look at America’s experiment with “integration” right now. Look how it is descending into tribalism. Look beyond soap operas and movies and the make-belief world that the American media presents. Look at America at the ground level. Look at cities, towns, neighbourhoods and college campuses. You will see clusters of African-Americans over here, clusters of Hispanics over there, and clusters of “whites” sitting or standing alone in the corner. This is not a function of mandated “apartheid”, but voluntary segregation. For many parts of America Martin Luther King’s dream has not come to pass. In fact, America is growing further apart, and “Coming Apart”, as Charles Murray’s book of that title suggests. In the words of Coloradan writer Mike Folkerth, “The United States is the most fractured society on earth — the most fractured culture.”

The make-believe world that the media presents and the unrelenting torrent of state propaganda will not long conceal these facts. The spin-machine will not ultimately succeed in perpetuating the “Diversity Illusion”, as British author Ed West calls it, no more than the communist state of Yugoslavia succeeded in convincing its citizens and the world at large that its ethnic blocs were living in blissful harmony.

Multiculturalists, of course, insist that Canada is unique. That Canada can make multiculturalism work: That so far it is a roaring success, and is a model for the world to follow. That those who say otherwise are a delusional fringe without credibility, people who need to be excluded from public forums, ostracized or even punished for spreading “hateful” messages. Rather than acknowledge the inherent division that exists between incompatible ethnic groups, they accuse those who point out this division as divisive!

The communist establishment in the Soviet bloc said similar things about dissidents: That they were insane. That they should be detained in prison or confined to mental asylums. They were tiny anti-social elements who disputed what was obvious: That the socialist state was a Workers’ Paradise where all ethnic groups got along.

But suddenly in the late 1980s and early 1990s the truth came out. The command economy had been a failure, socialism wasn’t working and ethnic nationalism was alive and well.

The silenced majority never did buy into the state myth. Seventy years of trying to change human nature proved futile. “In-group” favouritism, a manifestation of which is “ethnic nepotism”, is built right into our brains. As Australian sociologist, and author of Genetic Interests, Frank Salter, might say, we are “hard-wired” to bond with people very much like ourselves, to identify with them, and to join with them in pursuing our collective interests.

One would think that Canadian politicians would have taken notice. No Canadian government ever had a mandate to change the ethnic profile of the nation. What Prime Minister Mackenzie King said in 1947 is still true today: “…the people of Canada do not wish, as a result of mass immigration, to make a fundamental alteration in the character of our population.” Unfortunately, Pierre Elliot Trudeau and the Prime Ministers who followed him paid no heed to public opinion in this area, or affected any interest in what the majority of Canadian wished. Once Trudeau instituted Official Multiculturalism in 1971, it soon became a bipartisan policy, a state religion that could not be questioned. And for good measure, it was even entrenched in the Constitution and in the mandates of federal public sector institutions, including, most crucially, the CBC.

Objective observers of recent Canadian history could be forgiven if they concluded that multicultural lobbyists are intent on denying that Canada’s European heritage has any significance, or that Euro-Canadians have any claim to represent the foundational core of the country. The aim is to marginalize them. That’s why many of these multicultural propagandists are conditioned to think of Europeans as interlopers, a bunch of land-robbers — nothing more, nothing less.

It’s time that Canadians know the truth. Europeans founded this nation. And their descendants have no intention of surrendering it.