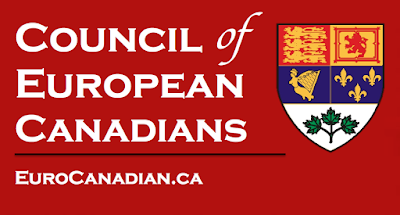 Today, May 22, 2015, marks the first year of the Council of European Canadians. We are the only online publication dedicated to the enhancement of the Anglo-Quebecois and European character of Canada.

The Canadian establishment is committed to the creation of a multicultural and multiracial identity on the supposition that European Canada amounts to no more than a set of deracinated values that can and should be assimilated by millions of immigrants coming from authentic and enriching traditions in need of “reasonable accommodation”.

They lie systematically to the population saying that Canada is uniquely an immigrant and multicultural nation, and that diversity is in “the DNA of Canadians”. But we know that immigrant multiculturalism is a decades-old phenomenon being enforced across the European world and that mass immigration is destroying the substantial uniqueness of the Irish, Italians, Polish, Spanish, German and Swedish nations.

We believe that Eurocanadians are a people rooted in history, the founders of the Canadian nation, the creators of the institutions, modern infrastructure, laws, churches, curriculum, holidays of Canada, with their own unique ethnicity, Christian values, mannerisms, looks; molded by long, deep links with England-France and Western civilization generally.

Multicultural Canada is an artificial imposition manufactured in corporate backrooms, secret meetings, and totalitarian universities, by globalist elites and faceless bureaucrats devoid of any loyalty to any homeland, peddlers of generic values determined to create a race-mixed and rootless population with fake, weak, dispersed families enslaved to banks and fabricated enjoyments with fatuous smiles evoked by facile notions of tolerance devoid of historical research and biological grounding.

These self-avowed apostles of “tolerance” can’t tolerate an open debate about the alleged benefits of mass immigration because they know their arguments are intellectually indefensible. So instead they rely on denunciations and defamation to silence the opposition. But they can’t stop us, for we are anchored in what is noble, truthful, decent and substantial in human experience and human needs.

Immigration Canada is an abstract notion of racial integration without historical precedent driven by a deep animosity to the existence of Eurocanadians as a viable ethnic community. Its proponents claim that multiculturalism is a fair policy that recognizes the “need” of all humans to be respected as members of ethno-cultural communities, BUT they also claim that it is racist for Europeans to affirm their ethnic identity.

They claim that a “diverse heritage has been a part of Canada’s heritage”, BUT they hide from Canadians the fact that Canada has been overwhelmingly British and Quebecois throughout much of its history, demographically and culturally, and that, as late as the 1970s, Canada was over 96 percent ethnically European.

They claim that “massive numbers of people are moving across borders, making virtually every country more polyethnic in composition”, BUT this is a lie since only European countries are granting citizenship to masses of immigrants backed by endless bureaucratic programs promoting diversity.

They claim that ethnocentrism is a false ideology fabricated by racist Europeans, BUT science shows that ethnocentrism is an evolutionary strategy selected for the advantages it confers on cultural groups, a state of mind that is conducive to communitarian altruism, public participation, loyalty and honesty, whereas fighting ethnocentrism requires the policing of behavior, leads to alienation, and the erosion of social capital.

They claim to believe in free inquiry, BUT they do not tolerate Eurocanadians who express the above views.

We believe we can defeat these deceivers. It will take time, but we will win. We represent what is best in Canada’s history. We speak for all the past generations who built this nation, the silent majority increasingly fed up with the manipulations and ready to push back against the insidious program to marginalize, ridicule, and emasculate Eurocanadians.

The Council is committed to the creation of an alternative way of thinking about Canada as a nation in close association with all European-created nations. We are entering a new epoch across the European world, a birth-time, a period in which the spirit of European man will break with the established diversity regimen, and affirm its racial identity and disparate forms of cultural existence expressed in the many nations of Europe.