The Folly of Using Immigrants as Baby Substitutes 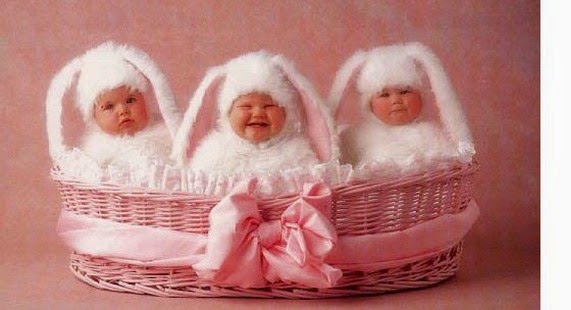 Does Canada need immigrants to counter the demographic shift caused by low Canadian fertility? There is something quite appealing in the idea of bringing in young immigrants to make up for the lack of Canadian babies; we help the Third World and the Third World helps us. The problem is that this idea is illusory. Immigrant women, and their children, quickly adopt native birthrates. German demographics expert Reiner Klingholz recently told Maximilian Popp of Spiegel Online that:

It is true that immigrants tend to be between the ages of 20 and 30 when they arrive and they tend to have slightly more children on average than natives — they make the entire population younger. But they get older too, and the birthrate among immigrant groups tends to drop to the low rate present here within one generation.

What is true in Germany is also true in America. Here is a second source, a report from the Center for Immigration Studies entitled Immigration in an Aging Society: Workers, Birth Rates, and Social Security. A summary:

It has become common in public discussion to assert that immigration can reverse the aging trends in American society and infuse the Social Security system with new revenue. A new study from the Center for Immigration Studies finds this is not the case. The study, based on an analysis of Census Bureau and Social Security Administration data, finds that the age and fertility differences with natives, though real, simply are not large enough to significantly change the nation’s age structure, either now or in the future.

The German expert and the American study say the same thing, but to grasp why they do so you have to dig into the numbers. Fortunately, this has been done in another study, this one by the C.D. Howe Institute. The study title lets the cat out of the bag: No Elixir of Youth: Immigration Cannot Keep Canada Young:

In thinking about this challenge, many Canadians look to immigration. Obviously, higher immigration can replace higher fertility to raise population numbers. But can higher immigration also replace higher fertility to halt or alleviate population aging? Demographic research has shown that a constant inflow of immigrants, even relatively young ones, does not necessarily rejuvenate low-fertility populations; in fact, it may in the long term actually contribute to population aging (Schmertmann 1992). Nevertheless, because immigration is easier to control than fertility, its appeal as an elixir of youth is obvious.

Initial appeal yes, but not when the idea is fully undressed. For example, the institute says:

In the baseline scenario, with about 230,000 immigrants annually and an age structure similar to that of the recent past, old-age dependency rises rapidly until about 2030. The rate of increase then slows down, but the ratio keeps rising, reaching 46 percent in 2050.

Other scenarios detailed by the Institute are even worse. To keep a ratio of over 65 year old’s at 20 percent would require as many as seven million immigrants annually!

Even to the layman it is obvious this level of growth would create horrifying dislocation and economic stress for native-born Canadians. With this level of immigration, the Canada we know today would be forever lost. This fundamental error in adding up the numbers is not the only one, and may not even be the most important. There are other issues along the way if immigration is used to replace native births.

This has already happened in a number of European countries, notably France and Sweden. Both countries have ghettos of unassimilated African and Middle Eastern residents that native-born citizens are advised to avoid. In France these are called Sensitive Urban Zones (ZUS) and maps are provided for easy reference. In Sweden, police admitted they have ceded control over 55 “no-go zones” in a report released Oct. 24, 2014. Again there are maps to show where you should not go. Not all countries have these problems, but any failure to assimilate a particular group of immigrants can have major social consequences. The possibility of this happening has to be weighed against any potential demographic issues inside the native-born community.

Now let us look at the other side of that same scenario; the bulk of immigrants who are successfully integrated. The contemporary fact is that in the Industrialized West the majority of the population is white and most of the immigrant intake is non-white from the Third World, notably Asia, the Middle East and Africa. Since social norms create culture and culture creates law (norms=culture=law), the social norms of large, integrated non-white immigrant groups will invariably find themselves into Western laws. Attempts will be made by the majority population to stem this transition, but it is remorseless. Where immigrant groups have the numbers, they will attempt to exercise their power economically and politically. The advance of Halal food and Sharia law in Britain are cases in point.

Further than that is the simple issue of race. Do we in the West really want to reduce whites to a marginalized minority in their own homelands? To understand the importance of this point, imagine a family of four with their own habits, house rules and goals. Now add six more individuals from a different race with a different language and a different culture living in the same home. However they eventually manage to get along, if in fact they ever do, the central ethos, the physical appearance, the hereditary line is changed forever. Is this a goal you would want for your family? No? Well, then, neither should it be a goal for your country.

There is another downside apart from assimilation or non-assimilation. This is the issue of globalization of the elites. When elites spring from a uni-cultural society, such as Japan or China, they tend to think of business strategies that promote their society as well as their individual companies. Thus the elites are a net asset to the society they come from. On the other hand, if elites come from other societies, as is the case with the business-class of immigrant, they have no visceral connection with their host country. Instead of acting in the interests of their hosts, they frequently act either in the interests of their birth country or of themselves.

You can tell this is true by the cavalier way international businessmen close factories in the West and re-open them in the East, garnering their companies enormous profits from low labour costs while impoverishing their former employees. Unfortunately, these are the same elites who most influence our political class, skewing decisions in favour of employees elsewhere who do not pay taxes in the West.

Situation in the developing world

From this brief review, you would think the West is locked into a no-win situation unique to itself. In fact, declining birthrates is not exclusive to the developed world. If you look at this chart of comparative birthrates, you will see Indian rates have been in a much steeper decline than those in Canada or the United States because they started at a higher base. Despite this late start, India has now almost caught up to North America and is approaching the self-replicating level of 2.1 children per woman. India is not alone. Iran, to take another example, now has a birthrate of 1.92 having declined from 6.93 in 1962.

This means declining birthrates are a universal fact. In the long run we cannot count on the third world for mass immigration because it too will be grappling with the same issue as it industrializes and modernizes. Maybe we do not have to fight it. Maybe in a profoundly sympathetic response to the impact mankind is having on the natural world, womankind is cutting back its fertility for a reason. Let us face it: we have been so committed to growth for so long we have forgotten that quality of life is the real goal we seek, not endless growth. That is a philosophical answer to the question of low fertility.

The hard nosed financial answer I have saved for the last. Adair Turner is the former chairman of the United Kingdom’s Financial Services Authority, former member of the UK’s Financial Policy Committee, and Senior Fellow at the Institute for New Economic Thinking and at the Center for Financial Studies in Frankfurt. Writing on Project Syndicate he says our fear of economic stress caused by declining birthrates is wrong:

Rising life expectancy is the welcome product of medical and economic progress, and additional increases are almost certain. Indeed, the average life expectancy for children born in prosperous countries could soon exceed 100. That implies an ever-rising ratio of those over 65 to younger cohorts. But as long as average retirement ages rise to keep stable the proportions of life spent in work and in retirement, the fact that working and retirement years are growing at equal rates has no adverse economic effect. There is, moreover, strong evidence that rising longevity can mean more years of healthy active life, not unhealthy dependency. Only bad policies, such as the recent German commitment to reduce retirement ages, can turn longer lives into an economic problem.

In this brief review of the literature and public commentary by experts we find a strong similarity of view. Immigration by and of itself cannot resolve the ‘crisis’ of declining birthrates in Western countries, and may, potentially, lead to other problems of social discord as we have seen in France and Sweden. On the other hand, where immigrant assimilation is successful, its very success erodes the racial and cultural composition of the host state.

However, on the brighter side, a top financial expert has said we may be worrying about a false problem; proper adjustments to pension plans, retirement age and other measures can eliminate the dependency issue so feared by governments.

I should add, although few demographers are willing to do so, that Canada had 64,641 abortions in 2010. This brings the total number of “reported” abortions that have taken place between 1974 and 2010 in Canada to 3,191,362. It should be obvious that if Canada really wants to do something about the fertility rate it should try and nurture the babies who would like to be born here but who, like some failed refugees, are turned away.