Three Doses of Cultural Marxism in 30 Minutes: How the CBC Delivers its Message 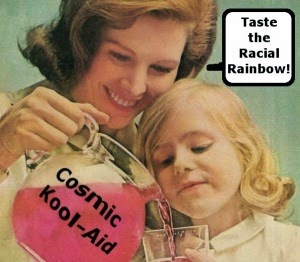 I recall reading a book long ago about the famous Doolittle raid on Japan, conducted shortly after the Japanese attack on Pearl Harbour. The raid that was launched from the aircraft carrier “Hornet” and the book was entitled Thirty Seconds Over Tokyo. The title drove home the point that in just thirty seconds, the United States was able to deliver a crushing psychological blow to the Imperial Japanese military of such force that it ultimately provoked the Japanese Navy into striking Midway, and lose a battle that turned the tide in the Pacific War. In other words, just one incident of short duration set in motion a chain of events that led to American victory.

Imagine then, a Culture War that is being won by a series of brief moments, a series of ideological ‘Doolittle raids’. And imagine that a state broadcaster — acting like the Hornet — could be a major platform for launching these attacks on the Canadian psyche, wearing it down day by day with short news clips that insinuate a subversive message. You don’t have to exercise your imagination too much because that state broadcaster is the Canadian Broadcasting Corporation — the CBC — a vessel of Political Correctness that feeds off $1.1 billion of conscripted money each year, a broadcaster that for millions of Canadians is in their face and in their living room every night.

On the night of November 10, 2014, the CBC launched another raid, a raid that in less than 30 minutes, dropped three payloads of propaganda that are designed burrow into our subconscious mind like delayed-action time bombs.

The first story was about the Canadian government’s suspension of visas and residency applications from West African regions affected by Ebola. Viewers were told that this move to protect Canadians from a deadly virus was questioned by the World Health Organization. One young White man at the University of Ottawa, “Steven Hoffman,” typical of his generation of indoctrinated students, declared that by responding this way “We’re stigmatizing Africans.” Then another man, the Canadian son of Liberian refugees, stated that he was “really disappointed” with the decision. The take-away message was, once again, we are to feel guilt and shame about our treatment of the “Other.” If we want to show that Canada is a free and tolerant nation, we must accept immigrants from Ebola affected regions.

The second story revolved around Immigration Minister Chris Alexander’s announcement of the “Zero Tolerance of Barbaric Cultural Practices Act.” The legislation would be designed to screen out prospective immigrants whose cultural practices included forced marriage, child marriage, honour killings and polygamy. Of course, the CBC needed to follow up Alexander’s announcement with an interview of a Ms. “Matto,” an Asian-Canadian professional grievance-monger of some sort who argued that the Act was full of cultural “presumptions” and that “violence against women happens elsewhere” — a classic example of cultural marxist “moral equivalence.” It was like saying, in response to the claim that the Germans gassed millions of Jews, “Well, antisemitism exists in other countries too.” As for polygamy, Ms. Matto reminded viewers, White Mormon sects like the one in Bountiful, BC, can practice that too. In her mind, polygamy practiced by a tiny fraction of North Americans can be compared to rampant polygamy practiced in the Muslim world.

The final injection of Cultural Marxism was administered by a story about how a video made by the Quebec Liquor Board Employees Union was deemed to carry a ‘racist’ message. In support of their argument that employees in privatized liquor stores were apt to be less informed and less helpful than their counterparts in government liquor stores, the video featured one of their union members asking an employee in a (privately owned) Alberta store about which wine to choose. The employee spoke with an South Asian accent, and he did not seem to be able to offer helpful advice. What critics found most objectionable though, was the video included an interview with a “man of colour” who remarked that many of these employees were Pakistanis who had little knowledge of wines. This led the CBC to interview another man of “colour” in the grievance industry who said the incident illustrated “a lack of sensitivity to diversity.” Hmm. Interesting. This response could lead one to ask: Would it be culturally “insensitive” to note that a Pakistani immigrant working in a sporting goods store would likely be less able to discuss the relative merits of different brands of hockey equipment than a native-born Canadian? In contemporary Canada the answer would be yes. Yes, it’s come to that.

In summary, it was just another day at the office for the CBC and its flagship news show, The National.

This is how Cultural Marxist indoctrination succeeds. This is how the CBC works — through daily doses of propaganda, through constant repetition. Like water dripping on a stone, over time, even a stone can be eroded. Thanks to Cultural Marxism and its main media mouthpiece, the CBC, two generations have suffered intellectual erosion to the point that mental rehabilitation may prove impossible.

Watching the CBC should come with a health warning.