The Requirements of the Nation State 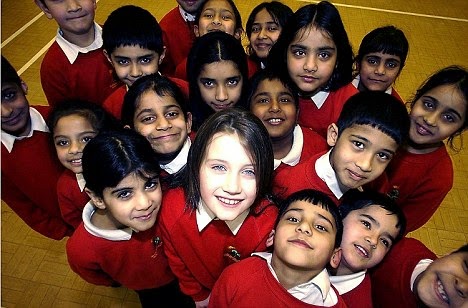 In its purest form liberal internationalism holds that a man may live anywhere he wishes and owe no particular allegiance to any people, place or society. In theory, although not in practice, it is an imagined universe in which the individual is supreme in his atomistic and egoistical desires and the nation state no more than an administrative adjunct to his life. In practice, the liberal internationalist says that you may behave as you wish provided your behaviour meets politically correct “absolute” values.

If liberal internationalism was merely the eccentric philosophy of those without power it would be no more than another utopian curiosity. But it is the present ideology of Western elites. Through their control of politics and the media they have sufficiently translated into reality this fantasy of the world as a place of undifferentiated settlement to the point where it has severely disrupted every Western society.

The engines of the disruption have been immigration on a grand scale of peoples unwilling or unable to assimilate, “globalisation” of trade and industry and an elite propaganda regime, totalitarian in its scope and intent, designed to decry native Western cultures and de-culturalise native Western populations by denying them knowledge of their past, whilst promoting the interests and cultures of the immigrant. To these ends Western elites have abused their control of the law, the media, public policy and state education. They have created a situation whereby no one may hold a public position without at least paying lip-service to their creed.

Why is liberal internationalism is so dangerous?

The liberal internationalist view of the world is vicious because it is completely at variance with the social instincts of Man, which invariably express themselves in some form of tribal organisation, whether that be a band of fifty people roaming the plains of Africa 10,000 years ago or a modern nation of many millions. Men have an absolute need to feel part of a community with which they identify naturally and ideally wish to possess a territory which they can call their own. That is why empires invariably decay and territorial states are virtually indestructible, short of an act of genocide.

In short, treating a country simply as no more than a convenient place of residence is a short and certain route for social disaster. Ultimately a nation state only exists because its inhabitants both have a shared sense of identity, a common historical heritage, and a willingness to defend the interests of the country, including in extremis fighting for the country. Destroy the ethnic and cultural integrity of the inhabitants and you destroy the nation state. The ultimate consequence of no sense of place is no place.

A homogeneous society, a true nation, engenders a natural loyalty among its members: a society in which ethnic groups compete for space, the type of “multicultural heaven” envisaged by the liberal elite, results invariably in a first loyalty to the particular ethnic group to which you belong rather than to the nation. Beyond the common ethnic bonds and cultural sharing which glues together a nation, the nation state is also the only social vehicle for delivering a degree of democratic control to large societies. Such democratic control in turn allows the nation to retain its integrity by such measures as restricting immigration.

As a society becomes ethnically fragmented it loses its natural ballast. Civic citizenship becomes the only thing which liberal internationalist governments can hold to as a unifying force. But civic citizenship is a conscious human construct and is no substitute for the natural loyalty engendered by the tribal loyalties of the true nation.

Why should the nation state favor its own members?

It makes moral and prudential sense for any society to both secure the loyalty of its people with guaranteed privileges which are not extended to foreigners and to reduce the opportunities for social friction. The modern nation state that is Britain, for example, confers great privileges on those who are part of it. It provides a secure environment based on the rule of law, a decent material standard of living, healthcare and education free at the point of use and, in the form of the welfare state, a safety net for those who fall on hard times. It is, in short, a very efficient life support system which most people in the world are desperate to become part of by hook or by crook.

But these benefits have been seriously eroded over the past fifty years by mass immigration, the movement towards free trade and the growth of international treaty obligations, most notably Britain’s membership of the European Union. The effect of these changes has been to increase social discord by

The nation state has failed the British in these matters. Thus, we can see that the state owes more to its citizens than such things as maintaining order, defending its borders and providing welfare provision. It must provide the cultural and ethnic structure within which these can be achieved. If either immigration or the export of jobs — both under the control of governments — make a man redundant or force down his wages, the affected individual can scarcely be blamed for feeling that his government is not merely failing to represent his interests but is actively damaging them. What incentive does that man have to feel an absolute commitment to his own society? He will be bound by his ties of family, friendship and cultural imprinting, but what he will not feel is any sense that he is something more than a human atom within a society which has no particular interest in him at best and is actively hostile to him at worst. This will produce ever greater selfishness and unwillingness to engage in social support because instead of the welfare state providing help for those with whom a natural affinity exist, it begins to be seen as simply a feeder of competing ethnic groups. Where, as often happens, ethnic minority groups are seen to be taking more than a proportionate share of the welfare or, in the case of adult immigrants, receiving welfare when they have contributed nothing the resentment is greatly increased.

More fundamentally, if an elite constantly tells the mass of people that their culture is worthless and their history shameful, whilst constantly promoting the interests of immigrant peoples and cultures, it inevitably has the effect of creating disorientation in the mass of people and weakens national cohesion.

How is a democratic government to meet its duty to its people? I suggest these are the ideal requirements:

Conversely, there are ideal requirements of the member of the nation state:

The obligations of government and the individual described above are the ideal for the security of a nation state. Of course, no society will ever achieve such perfection, but the nearer a society approaches the ideal the more secure the society and the happier its members will be. Conversely, the further it strays from it, the closer to civil war and fragmentation will come.