Head Tax? When Will Migrant Chinese Apologize for Rampant Racism in China Today? 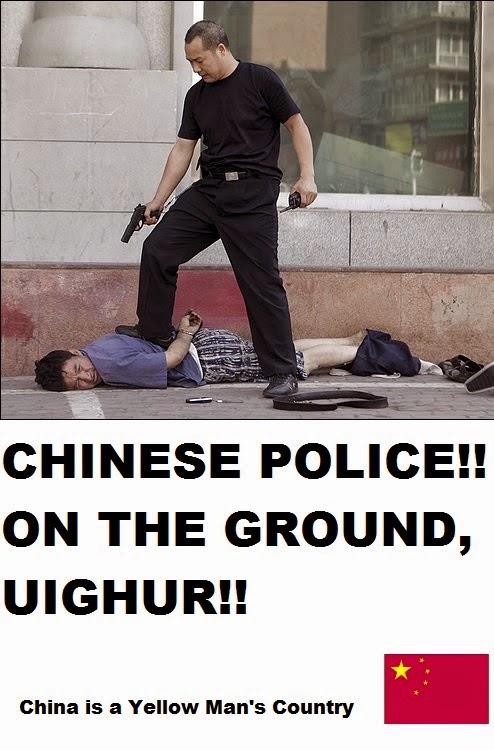 On 27 May 2014 the Vancouver City Council voted unanimously to take steps toward yet another official apology for “historical discrimination against people of Chinese descent”. The approved motion, which was initiated by Chinese Councillor Raymond Louie, contains a sweeping mandate directing staff to investigate thoroughly, “as long as it takes”, every act of discrimination committed against the Chinese from 1886 to 1947.

It also calls for staff to report back to council with recommended actions for compensation and inclusive redress. According to Councillor Kerry Jang, the Chinese who lived in Canada before 1947 “weren’t allowed to do very much…to live in certain areas…to go to school or do anything.”

What Kerry Jang is saying is a historical fabrication.

The Chinese in BC prospered substantially despite the head tax and not having the right to vote until 1947. In an MA Thesis conducted by Chinese Canadian Paul Richard Yee for the University of British Columbia, 1983, under the title Chinese Business in Vancouver, 1886-1914, it is concluded that the Chinese were able to enjoy “economic opportunities arising inside and outside Chinatown”.

The Chinese conducted a wide variety of businesses, revealing that their host society was most receptive to some Chinese presence in the commercial sphere. The viability of business activities reassured immigrants that their ambitions to earn money overseas were achievable despite persistent anti-Asian hostility in the general environment.

I addressed in an earlier article the multiple apologies and dozens of millions the Chinese have already received in compensation. Another reality that should be kept in mind, and which is all too obvious but the mainstream media ignores, is that the city of Vancouver has been literally handed over to Chinese immigrants, or, as they are known, to “millionaire migrants“, since some of the individuals implicated in these continuous demands for apologies are wealthy real estate speculators who view Canada as a deracinated place where one can have double citizenship, make use of its educational opportunities, exploit advanced medical treatment, and avoid the pollution they create back home.

Daniel Hierbert, a social geographer at UBC, has thus projected that Chinese migration will result in the creation of “a social geography entirely new to Canada”. The Chinese, which currently make up about 410,000 of the population in a city of 2.2 million, are set to double to 800,000 by 2031. Hiebert also notes that the city will be increasingly divided into racial enclaves, with white residents becoming a minority group, or only 2 out of 5 residents by 2031.

This massive wave of Chinese colonizers has driven the price of homes way above what middle class Whites can afford, making Vancouver the second least affordable city in the world – behind only Hong Kong.

In Richmond, a city of 200,000 in greater Vancouver, mainland Chinese migration has already helped create the first majority-Chinese city outside Asia, with White citizens cornered into small enclaves and many being forced to sell their homes and move out as “millionaire migrants” take over (read here). It has been estimated that 74 percent of the houses sold for more than $3 million in Vancouver’s core Westside neighbourhood in 2010 were sold to Chinese buyers.

But what is perhaps even more astonishing is that these “millionaire migrants” enjoying apologies from working and middle class Whites come from a culture that, by the standards of British Columbia between 1886 and 1947, are not merely illiberal but vulgarly racist. This has been thoroughly documented in the works of Frank Dikötter. Starting with his book, The Discourse of Race in Modern China (1992), Dikötter examines how traditional Chinese authorities commonly described as “ugly” the “ash white” skin and “indelicate hairiness” of Europeans, and the blacks as “animals, devil-like and horrifying”.

More revealing is Dikötter’s thesis on how these traditional Chinese notions about inferior “barbarians” intermingled with Nazi forms of “scientific” racism to form a distinctively Chinese racial consciousness in the 20th century and today. The concept of race came to be widely accepted as scientifically proven. Racial theories were disseminated through textbooks, anthropology exhibitions and travel literature, reaching the primary levels of education.

Dikötter observes that, to this day,

skulls, hair, eyes, noses, ears, entire bodies and even the penises of thousands of subjects are routinely measured, weighed and assessed by anthropometrics who attempt to identify the ‘special characteristics’ (tezheng) of minority populations.

The dominant Han are described as the core of a “yellow race”, which includes in its margins all the minority populations. In another book, Imperfect Conceptions: Medical Knowledge, Birth Defects, and Eugenics in China (1998), Dikötter references government publications claiming that eugenics is a vital tool in the enhancement of the “biological fitness” of the nation, heralding the twenty-first century as an era which will be dominated by “biological competition” between the “white race” and the “yellow race”. A research team was indeed set up in November 1993 to isolate the quintessentially “Chinese genes” of the genetic code of human DNA.

Another revealing exposition of the everyday racial attitudes of the Chinese toward Africans is M. Dujon Johnson’s Race and Racism in the Chinas: Chinese Racial Attitudes Toward Africans and African-Americans (2007). Johnson focuses on a series of incidents during the 1980s and 1990s, including one in which thousands of Chinese students set about assaulting and destroying the dormitories of African students in Nanjing, Beijing, Shanghai and Tianjin, shouting ‘Kill the black devils!’ The authorities did not prevent the demonstrations which went on for many days. Johnson observes:

[my experience] demonstrated to me on a daily basis how life in Chinese society is racially segregated and in many aspects similar to a system of racial apartheid.

The visit by Condaleeza Rice to Beijing in 2008 led to a flurry of racist postings on China’s websites, with Rice stigmatized as “the ugliest in the world”… “I really can’t understand how mankind gave birth to a woman like Rice”… Some directly called Rice a “black ghost”, a “black pig”… “a witch”… “rubbish of Humans”… Some lamented: “Americans” IQ is low — how can they make a black bitch Secretary of State”… Others did not forget to stigmatize Rice with animal names: “chimpanzee”, “crocodile”, “a piece of rotten meat, mouse shit”, “[something] dogs will find hard to eat”.

Chinese elites have always been very cunning at using their quietness and cautiousness as a rhetorical device to delude Westerners with the quaint notion of Chinese innocence and purity. China is currently building an empire in Africa, based on the exploitation of cheap African labor, poor if any safety standards for workers, construction projects based on the cheapest and shoddiest Chinese materials — all in exchange for vital resources to feed the insatiable desires of 1.4 billion Chinese. That’s the strategy: use dirt cheap construction materials to build up good will, then sweep in and take the natural resources. According to Peter Hitchens, Chinese companies have lax safety procedures and “employ African people in slave conditions.”

Extermination of Ethnic Minorities in China

China’s ethnic composition is almost exclusively Han, 91.9 percent of the population. The ethnic minorities (Mongols, Zhuang, Miao, Hui, Tibetans, and Uighurs) are treated as second class citizens. Tibetans are routinely described as superstitious, lazy, ignorant, and dirty. Tibet is an independent country occupied by Chinese imperialists; Han migration is destroying their heritage; Han companies dominate the main industries; the Chinese get all the best jobs.

The Tibetans are irritated that Chinese migrants eat their dogs (animals believed to be the last reincarnation before humans in Tibetan Buddhism); that the Chinese don’t walk clockwise around temples and monasteries, and that they toss away their cigarettes at wooden temples and holy trees. The New York Times described an incidence of one man whose house was burned down for no evident reason as follows: when he tried to seek help, the authorities said, “What race are you? Tibetan? Go ask the Dalai Lama for help.”

In 1949, Han Chinese amounted to only 5 percent of Xinjiang’s population; today they are up to 41 percent. Urumqi, the capital city, consists of 75 percent Han Chinese, of the 2.5 million inhabitants. The average Chinese views the natives from Xinjiang as backward and as ungrateful for not appreciating the modern infrastructure bestowed upon them by the Han. In the summer of 2009, this region saw violent riots by 2,000 to 3,000 thousand Uighur workers and Xinjiang separatists, in which approximately 150 Han Chinese were killed. The Communist reprisals were swift; up to 50,000 police and security personnel were sent to restore order, more than 2000 Uighurs were detained, and a few dozen were executed. The policy of Sinicization was intensified; in May 2010 Beijing announced a new development strategy to pour $1.5 billion into the region, encourage the migration of more Han Chinese businessmen, together with a ‘love the great motherland, build a beautiful homeland’ patriotic education campaign that aimed to indoctrinate the Uighurs that “ethnic minorities are inseparable from the Han.”

Clearly, it is superbly absurd and cowardly for leaders of European ethnicity in Vancouver to have endorsed a motion calling for more apologies in the context of a reality characterized by mass immigration from a country and an ethnic group that is currently complicit with vulgar and oppressive acts of racism.