British Columbia’s Anti-Asian History: Was It Racism — or Economic Self-defense? 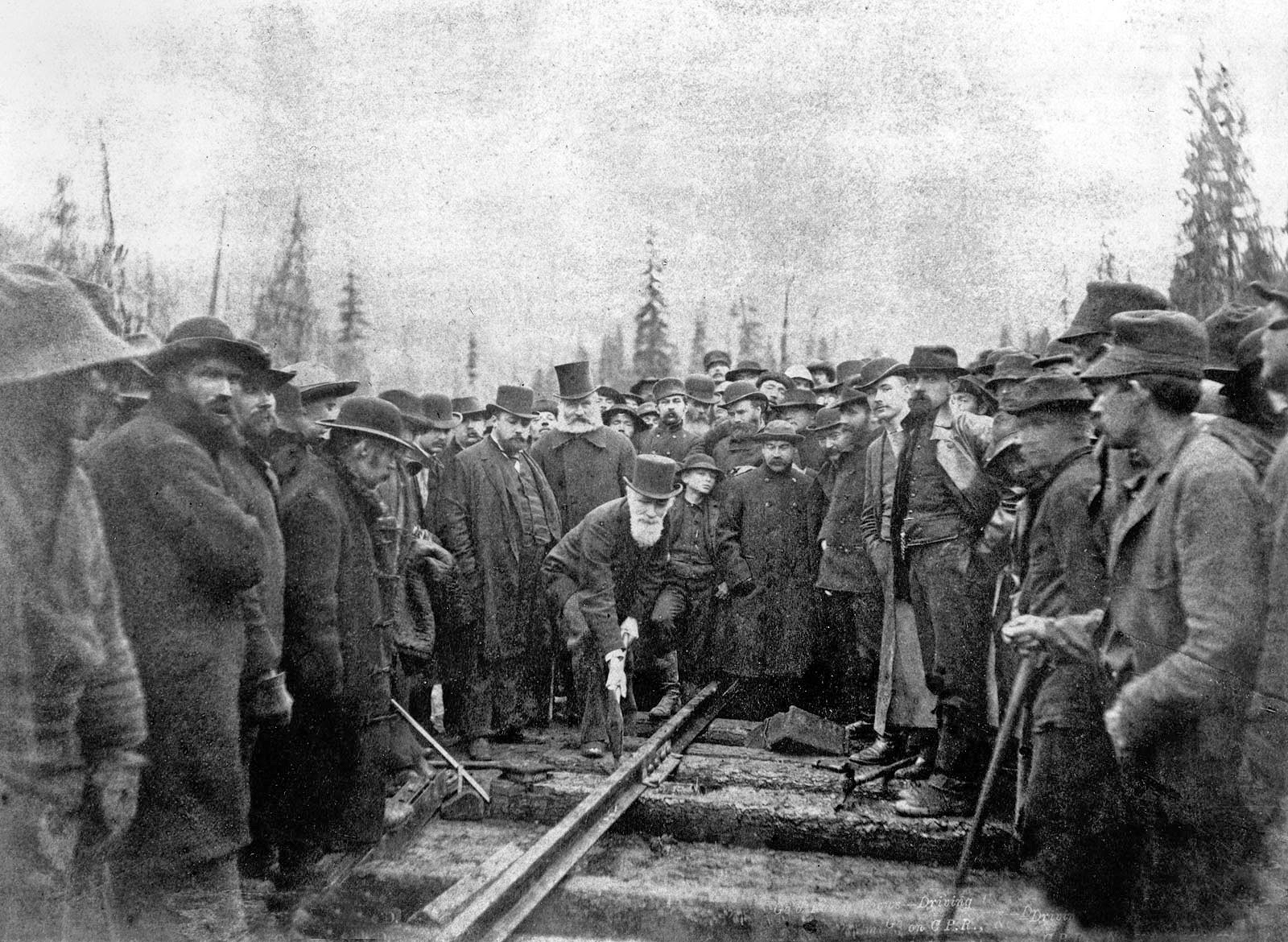 Contemporary perceptions of British Columbia’s allegedly disgraceful history, as conditioned by school text books and decades of Official Multiculturalism, can be summed up by this standard portrayal:

Throughout the 20th century, as in the rest of Canada, Vancouver displayed, “hate-motivated violence towards racial or ethnic minorities”. For example, in 1907, “a mob of whites attacked the Chinese and Japanese communities, causing at least extensive damage to stores and, it was claimed by one report, ‘several fatalities’. This riot brought shame to the city. It was driven by the Asiatic Exclusion League, which was formed to keep Oriental immigrants out of B.C.”

That certainly sounds like a damning portrait of the native workers of the time, the Canadians of European origin. But is it entirely accurate?

It would be pointless to dispute that anti-Asian racism existed in British Columbia, just as it would be pointless to insist that racism is restricted to Europeans. But what is not acknowledged in this official narrative is that anti-Asian hostility was fueled in large part by legitimate anger over the threat that competition from cheap Asian labour presented. By leaving out this vital truth, the politically correct interpretation of events fails to provide us with a comprehensive and factual account of what actually happened a century ago.

To balance the ledger, let’s take a look at some inconvenient facts:

In the nineteenth century, Chinese labour contractors imported labour to the point that perhaps one-third of the entire workforce had become Chinese. Working for half the wages, paying no taxes, they were prepared to ignore safety regulations, so the Dunsmuir Coal Company used them to break a pivotal miners’ strike in 1883. In response, the Miners Union, which represented the interests of native European workers, presented a resolution to government to restrict Chinese labourers from working underground, and another one stating that these labourers were a menace to underground safety, had lowered wages, deterred other Canadians from seeking employment in B.C., offered unfair competition and were provocative to public peace.

In 1907 the Canadian Nippon Supply Company negotiated with the Canadian Pacific Railway (C.P.R.) to bring in a few thousand Japanese labourers when the province was experiencing a recession. B.C. European workers were against the ropes, so the Vancouver Trades and Labour Council met to form an “Asiatic Exclusion League” in August of the same year. Nevertheless, in complete disregard of the wishes of Canadian native workers, two days later a Japanese ship arrived with 1177 labourers. The chemistry was right for the infamous Vancouver anti-Asian riot of September 7, 1907, an incident which has been retroactively and incorrectly depicted as a simple and despicable act of racism. In fact, it was a reaction to B.C. businesses which were then using Japanese cheap surplus labourers instead of their Chinese counterparts, who were encumbered by a “head tax”.

It should be known that First Nations also seethed with resentment at the Japanese take-over of parts of the fishery, as one would expect. It negatively impacted their livelihood, just as cheap imported labour negatively impacted Canadian workers. Yet, it is interesting that no one has accused native peoples of being motivated by ethnic prejudice. In the cultural Marxist climate of today, only Whites can be racist.

In 1903 an increased “head tax” of $500 was imposed by the federal government on Chinese immigrant labour in response to decades of lobbying by B.C. trade unions and the recommendations of the 1901 Royal Commission on Chinese and Japanese labour to level the playing field for Canadian workers. Many Canadian workers had testified that they greatly feared for their jobs. But the government wouldn’t follow suit with a similar tax on Japanese labour for fear of jeopardizing trade arrangements with Japan. Hence the end run by employers and the “pogrom” by Vancouver workers in September of 1907.

What is most telling about this riot is that it occurred on Labour Day in the wake of a gigantic Labour Day Parade. Half the population of Vancouver turned out because it was rumoured that the CPR and the Dunsmuir family were trying to import low wage Japanese labour. To demonstrate labour’s outrage at the collusion between the then Lieutenant-Governor Dunsmuir and the CPR to orchestrate the Japanese influx, a Socialist legislator moved a motion in the B.C. House that Dunsmuir be impeached. Shortly thereafter, it was understood after the second Royal Commission on the issue, that Chinese labour contractors — some of whom, as Deputy Labour Minister Mackenzie King discovered, were wealthy residents of Chinatown — had been doing the same thing that Japanese labour contractors were found to be doing. Until then, Chinese labour contractors had operated more or less in the shadows.

It should also be noted that — and this is always omitted by revisionists — the “Oriental Exclusion Act” was actually a misnomer. It was in reality, the Oriental LABOURERS Exclusion Act. Chinese students and merchants and their families continued to enjoy access to Canada. The purpose of the omission is obvious, to foster guilt and shame so that an agenda of “justice” and restitution can be pursued by Canada’s immigration lobby so that corporate Canada can have its labour requirements satisfied in the same way that robber baron Robert Dunsmuir’s was.

What is even less unpardonable is the way well off academic leftists today stereotype workers in B.C. as racist in complete disregard of the socialist aspirations of workers at the time fighting for fair wages.

The same misrepresentation and spin was made of the “Komagata Maru” incident where East Indians were denied entry at the Port of Vancouver. Again, it is not understood as a labour issue. Does this mean that racist anti-Asian antagonisms did not alloy with legitimate economic grievances? It would stretch credulity to argue that case, if only because ethnocentrism is a natural disposition among all human groups. But should natural motives that may ruffle the feathers of affluent citizens today discredit and invalidate the very cogent arguments of true hard working people at the time seeking to defend their honest livelihood?

It should be clear, upon review of the facts presented here, that indeed, the officially sanctioned narrative of turn-of-the century ethnic conflict in BC does not present the whole truth: The Chinese “Head Tax” and the Oriental Exclusion Act were essentially tariffs on the importation of cheap labour, which posed a serious threat to the well-being and standard of living of the Euro-Canadian working class in the province. It had a little to do with “race” and a lot to do with labour market economics, which ordinary Canadian workers well understood from bitter experience.

The Asiatic Exclusion Leagues were not, as Wikipedia and the party line in the mainstream media would have us believe, “the product of an overall atmosphere of white racism against Asians”, but primarily a product of unfair labour competition from imported labourers brought in deliberately to undercut unions and the people they tried to represent. It is important to emphasize that the Asiatic Exclusion League was formed by labour unions, not some lynch mob of “White Supremacists”. The “race riot” of 1907 in Vancouver was the expression of a pent-up legitimate frustration with what seemed to be a brazen attempt to displace local labour. The anger and outrage Canadians felt then was very much like the anger and outrage that Canadians today feel about the influx of “Temporary Foreign Workers”. Yet, somehow, we are encouraged to pass judgment on British Columbians of that era who bore the brunt of the very same phenomena.

The motive is obvious. It is to create a political climate that makes it impossible to criticize or even discuss the policy of continued mass immigration by the promotion and cultivation of guilt about what “we” did to Asians a century ago. According to plan, we will then be left defenseless against succeeding waves of immigrants who will broaden the beachhead and transform the culture into something which will be unrecognizable. Some celebrate this eventuality as the triumph of “cultural diversity”, while others balk at the prospect of an Asian Vancouver or a fragmented Canada of 300 ethnic enclaves. But for many more Canadians there is a more important concern. They do not want to see their jobs displaced or housing rendered unaffordable.

Now, as then, I think Samuel Gompers had it right long ago. Immigration is fundamentally a labour issue. The multicultural lobby is obviously committed to obscuring that fact. And the best way to do that is to distort history.