Our Beliefs and Goals 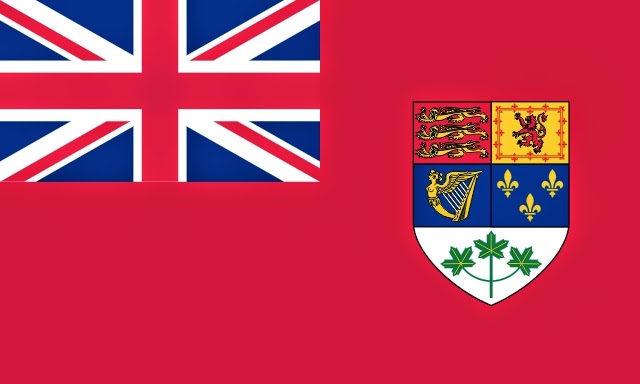 Canada is a nation founded by Anglo and French Europeans. In 1971, over one century after Confederation, the Anglo and French composition of the Canadian population stood at 44.6 percent and 28.7 percent respectively. Over 96 percent of the population was European in origin. We therefore oppose all efforts to deny or weaken the European character of Canada. We believe that the pioneers and settlers who built the Canadian nation are part of the European people. Therefore we believe that Canada derives from and is an integral part of European civilization and that Canada should remain majority, not exclusively, European in its ethnic composition and cultural character.

We believe that existing strategies for immigration reform have not been successful and must be abandoned. We believe that assimilation (of non-Europeans in the current state of mass immigration) would be fatal to our European heritage, and that if we aim to enhance European Canada we must rely upon the current principles afforded by multiculturalism. Section 27 of the Charter of Rights and Freedom (1982), as well as the “Canadian Multiculturalism Act,” otherwise known as Bill C-93, which was passed into law on July 21, 1988, recognize the freedom of all members of Canadian society to preserve and enhance their cultural heritage.

Some may find it difficult to understand why this Council would encourage Eurocanadians to employ multicultural principles considering that this ideology was implemented to encourage minority groups to foster their ethnic and religious identities. The answer is twofold. Firstly, multiculturalism uses the language of collective rights designed to guarantee the cultural survival of ethnic and religious groups. It seeks to help minorities express their collective identities and pride without discrimination.

Secondly, multiculturalism affirms the right of all individuals to preserve and enhance their ethnic and cultural heritage. The idea that collective rights should apply as well to the culture of the majority of Europeans follows logically from multiculturalism. Why should members of the majority culture be excluded from affirming their right to collective survival in the face of immigration patterns that are threatening to reduce them to a minority while destroying their heritage in Canada? Why should the majority culture be viewed as the only group that is capable of engaging in discrimination against minority groups decades after decades, rather than as the one culture that has been singled out as lacking any collective identity at all?

As Eurocanadians, we will not be arguing in favour of multiculturalism as a minority to advance our group rights, but will be arguing within multiculturalism in order to make Europeans aware that they are the founding peoples and that Canada is their homeland and that we intend to keep the country majority European.

We agree with this Act that all citizens should “receive equal treatment and equal protection under the law.” However, we believe that this Act makes an egregious historical error in stating that “multiculturalism is a fundamental characteristic of the Canadian heritage and identity.” This is a cultural Marxist claim inconsistent with the fact that Canada was created by French families mostly born in the soil of “New France” and by Anglo families also born in Canada, as well as by hard working settlers from France and England, and then from Europe generally.

Canada is a nation created by individuals with an Anglo/French/European heritage, not by individuals from diverse races and cultures. The cultural Marxists currently controlling Canada want to legitimize their imposition of diversity on Canadians since 1971 by falsely claiming that Canada was diverse from the beginning. But this is a historical fabrication we Eurocanadians are exposing, and will continue to expose. The political record shows that the racial diversification of Canada has entailed the illiberal imposition of political correctness against Canadians who wish to preserve Canada’s European identity.

We must be honest and courageous in expressing our interest as European Canadians, avoiding vague terms about “mainstream Canadians” or “Canadian values” when we really mean to say “European values”. We believe that mass immigration is destroying the Anglo/French/European character of Canada, and that we have a cultural right to preserve our heritage and oppose mass immigration.

We must be proud of our heritage, of the heroic role European pioneers, settlers and nation builders played in the history of Canada. We will nurture a view of Canada that emphasizes our nation’s greatness, achievements, and glory. We must learn to take risks, and learn how to be consistently Eurocentric in our behaviour and communications. We must reject all euphemism, double-speak, and opportunism. The Council will produce key concepts and arguments that will arm people with the ideas and courage to speak and fight against those who seek to demonize us and in our efforts to recruit and persuade Canadians.

We are not interested in imitating so-called conservatives who operate within the existing cultural Marxist system, distract us with petty promises, and utterly fail to achieve any substantial change. We are not interested in playing the current game of open borders, “diversity is our strength”, “we are all immigrants”, “immigrants are the source of Canada’s prosperity”, “we are all human beings”. We have a history, a culture, a religion, memories, and ancestors that make up our identities, and enhance us as human beings. We are European and our nation is Canada.

We want a support network that is widely open, consisting of conservatives, environmentalists, socialists, libertarians and others agreeing with the Council’s goals. The Council will accept members who are not ethnically European as long as they agree with the rationale, objectives, and principles of the Council. We will permit individuals to hold divergent opinions on religious beliefs, taxation, environment, markets, and matters of detail regarding tactics.

The Council agrees with the classical liberal traditions of free speech, individual rights, and representative institutions uniquely cultivated by Europeans. These traditions were nurtured inside homogeneous European societies. We agree with John Stuart Mill’s observation that “it is in general a necessary condition of free institutions, that the boundaries of governments should coincide in the main with those of nationalities…Free institutions are next to impossible in a country made up of different nationalities.”

We are not opposed to globalization but we are opposed to globalism, which is an ideology that promotes the liquidation of nations. We are opposed to the notion that unrestricted mass immigration and unlimited diversity enriches Canada. We support the expression and celebration of the European subcultures and regional identities of Canada. We oppose all efforts to dishonour, denigrate, or subvert our historical, cultural, and religious heritage. Public monuments and symbols should reflect the European heritage of our people, and not a politically expedient, inaccurate, insulting, or fictitious heritage. We are opposed to Political Correctness.

We support the Canadian landscape and its conservation for future generations. We believe that only in a Canada with a strong European fellow-feeling, same official languages, religious traditions, customs, and mannerisms, we can promote public altruism, and a strong environmental ethics.

We believe in the racial biodiversity of the peoples of the earth, and oppose all efforts to promote the creation of a standardized, generic race without roots and traditional identities. We are opposed to the ranking of races, and we reject racism in the sense that we do not think that members of any race are inferior or that they deserve to be treated inhumanly because of their ethnic heritage. We understand that every ethnic group has pride in their heritage and what we want is a level playing field in which Eurocanadians enjoy the same right as every other ethnic group to advance their ethnic interests and protect their heritage in Canada.